The bar that got Mancunians obsessed with Flaming Zombies

Ask anyone where to find the best Flaming Zombie in Manchester, and you’re guaranteed to hear the same venue name, over and over again: Hula.

This underground Northern Quarter bar has been firing out the definitive version of this legendary cocktail to hundreds of party people every weekend for well over a decade.

If you’ve been on a messy night out in the city at any point since 2010, odds are you’ll have ended up on Hula’s tightly-packed dancefloor dancing to classic hip hop and R&B.

And you probably busted your moves while clutching one of the most delicious rum-based creations in mixology history. 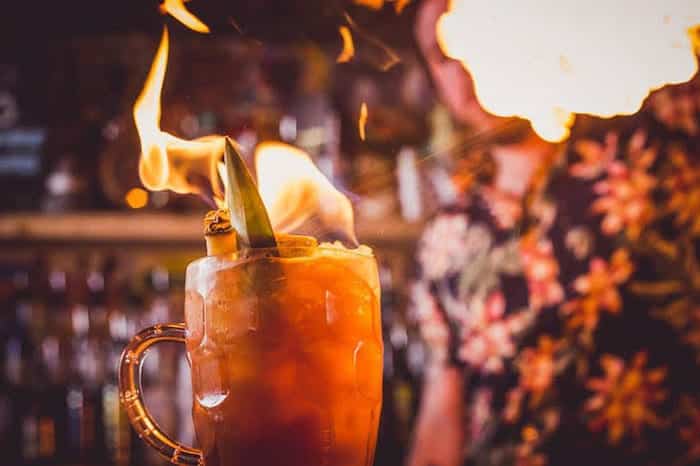 Hula opened in 2010 as one of Manchester’s original tiki bars and soon became one of the Northern Quarter’s most popular destination venues, with huge queues snaking around the block, night after night.

The goal was simple – give people the best night out of their lives, putting fun as the top, top priority.

Of course, every good basement bar needs a signature drink, and what could be more perfect than the Flaming Zombie? 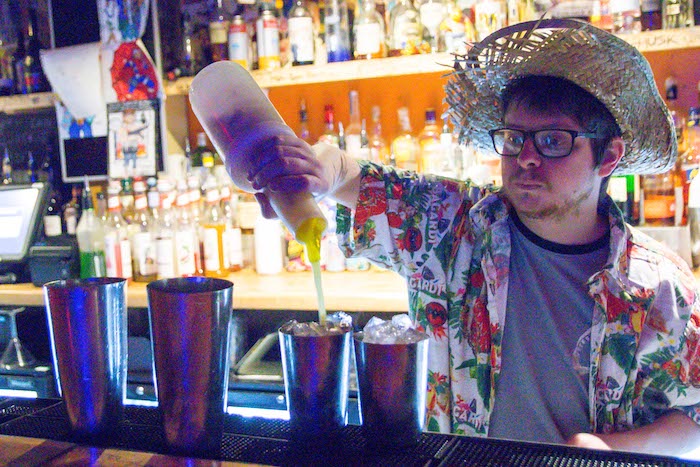 Based on a cocktail invented in Hollywood in the 1930s, the Hula team came up with a version involving four different types of top-quality rum, lime, pineapple and a massive blowtorch.

Word soon spread and the rest is nightlife history.

If you like your drinks with a touch of theatre, there’s nothing more dramatic than a huge flame lighting up the bar to set your drink on fire (safely, of course), courtesy of the potent Wray & Nephew overproof rum splashed over the top.

Not only does it taste great, with a perfect blend of tropical flavours, it looks great, too. 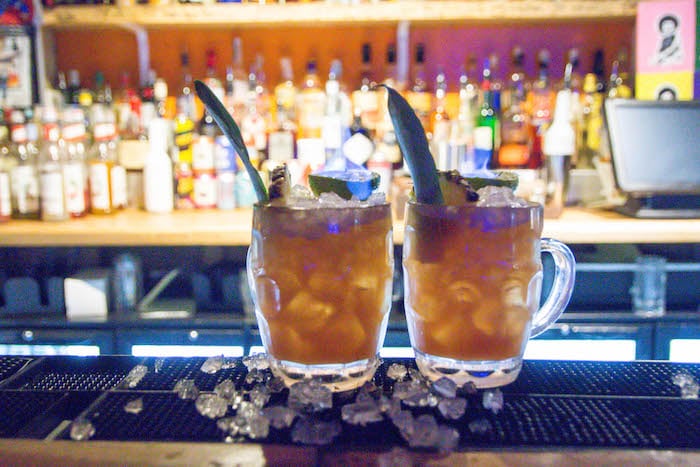 A big part of the Hula vibe is showmanship, and that’s what keeps the crowds coming in again and again.

In fact, if you see an especially busy part of the bar, that’s more than likely Devon’s section – Hula’s legendary barman, who captivates the crowds with his next-level flair bartending.

And Hawaiian-shirted party starters like Devon are Hula’s secret weapon.

Nothing says a successful venue more than loyal, happy staff, and Hula has them in droves.

Few other bars can claim ordering a drink is as much fun as drinking it, but very few bars are like Hula. 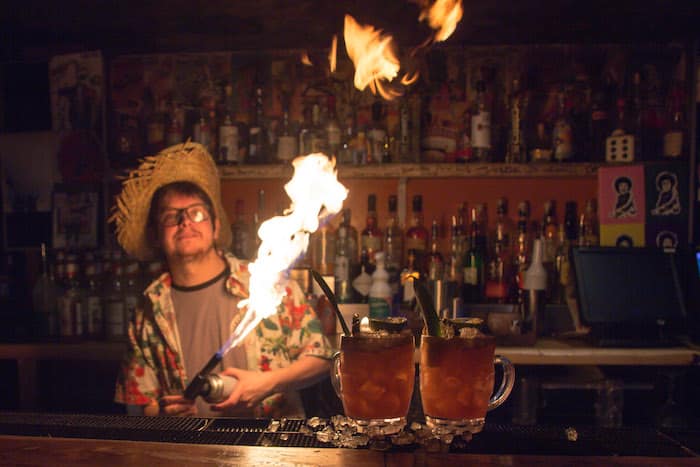 From start to finish, there’s a genuine buzz about the place, with cheeky, cheerful banter from everyone from the doorman to the glass collector.

The energy is that rare and brilliant combination of laid-back and upbeat, just like the Caribbean flavours of its signature drink.

If you haven’t drunk a Flaming Zombie downstairs at Hula on a Friday, you’re missing out on an iconic Manchester experience.

Make a date in your diary today.

And if you fancy making your own, you can learn from the masters at Hula’s tiki cocktail masterclasses – and have a huge amount of fun in the process.