How we eat in 2017: simple, folksy, authentic and out of town 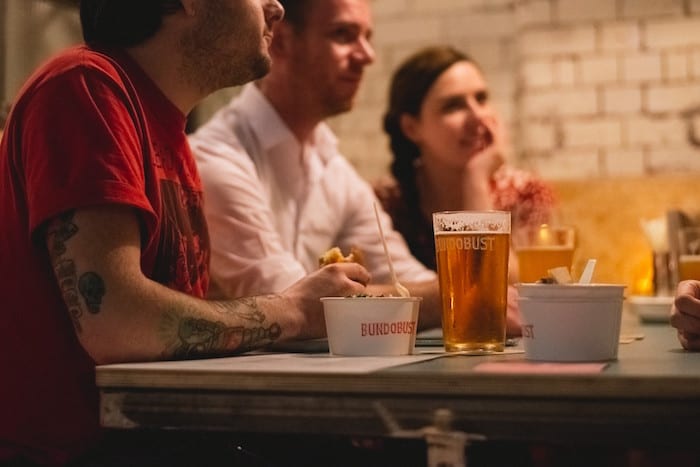 The line-up of restaurants, bars, pubs and cafes nominated for prestigious awards at the climax of the 20th Manchester Food and Drink Festival is far more telling than a mere shortlist of contenders. It casts a revealing spotlight on the dining trends and changing tastes of the UK’s second biggest conurbation.

Two major developments have become obvious. First, despite all the hoo-ha over Greater Manchester’s lack of a Michelin star, the overriding direction of foodie fashion is towards the casual, the simple, the folksy, the bohemian, the rustic and, above all, the authentic.

Second is the rise and rise of acclaimed restaurants flourishing with great success outside the city centre. There could be any number of reasons for this – transport, rents, competition from big chain operations and so on – but exciting suburban ventures have invaded all 20 categories for which awards will be presented to the extent that the “Best Out of Town Venue of the Year’ category is almost redundant in 2017.

Every out of town nominee is shortlisted at least once elsewhere. Hispi, Gary Usher’s Didsbury venture, is also up for Casual Restaurant of the Year and Newcomer of the Year.

Where the Light Gets In, Sam Buckley’s lauded restaurant in Stockport, is also in contention for Restaurant of the Year and Fine Dining Venue of the Year.

Porta, serving tapas Altrincham, is also up for Casual Restaurant of the Year and Newcomer of the Year.

Baraxturi, Ramsbottom’s Basque pinxtos cafe, is also shortlisted for Casual Restaurant of the Year and The Allotment Vegan Restaurant in Stockport is also vying for Best Vegetarian Offering.

The trend towards casual dining now dominates the awards’ main categories. The shortlist for Best Restaurant does include Adam Reid at the French and Michael O’Hare’s The Rabbit in the Moon at Urbis (National Football Museum), but the other five nominees probably don’t have a tablecloth between them.

Umezushi was described as a “hidden gem” in downtown Salford until Jay Rayner’s eulogy blew the secret. It’s also up for Premium and Fine Dining as is Where the Light Gets In.

Bundobust serves vegetarian Indian street food on communal tables and benches in Piccadilly and is also up for Casual Restaurant, Newcomer, Best Vegetarian, Affordable Eats and Best Craft Ale Bar and Sugo is mentioned above.

All six nominees for Casual Restaurant – Bundobust, Sugo, Baraxturi, Porta, Hispi and Rudy’s (on the Affordable Eats shortlist) are also nominated for other categories – another pointer towards the dominant trend.

Close inspection of the shortlists reveals even more profound changes. While all but one nominee on the Bar of the Year shortlist are located in the city centre – the odd man out is Henry C’s in Chorlton – only one nominee in the Pub of the Year section –  the Marble Arch – is close to the centre of town.

The Marble Arch makes the Food Pub of the Year shortlist too, but the rest – the White Hart Lydgate; Bird at Birtle; Hearth of the Ram, Ramsbottom; Oddfellows, Mellor and the Clarence, Bury, are some distance from the city. By contrast all six venues listed for the Craft Ale Bar of the Year are within crawling distance of Piccadilly Gardens.

The contest to become MFDF’s chosen Chef of the Year promises to be enthralling in 2017. The usual suspects, Adam Reid and Aiden Byrne (whose Manchester House is, astonishingly only nominated in the Best Vegetarian Offering category) are in the running as usual, but another surprise could be in the offing following Terry Huang’s (Umezushi) win last year.

Also vying for the title are Richard Sharples of Hispi, Sam Buckley of Where the Light Gets In, Luke Cockerill of The Rabbit in the Moon and Mark Nutter of the Allotment, all of whose restaurants have received multi-shortlistings.