An elegant new design-led hotel is opening in Manchester next month, and it’s aiming to be the city’s most accessible hotel.

Designed by Squid Inc, the team behind renowned Hotel Gotham, Hotel Brooklyn is inspired by the New York borough, and the name was chosen for its resonating similarities to Manchester in terms of its buzzing industrial growth, as well as its strength of identity and culture.

The 189-room hotel will pay homage to Brooklyn’s history from early 20th century to the present day, say the team, with the inclusive design of the hotel being overseen by Motionspot, the UK’s leading accessible design company.

The look of the 189 bedrooms has been inspired by Brooklyn’s loft spaces. Beds have brass adornments and there are street art wall features, while Turkish rugs have been designed to contrast with the concrete floors.

In addition, the hotel features 18 beautifully designed accessible bedrooms, each of which has been stylishly designed to complement the aesthetics of the hotel. 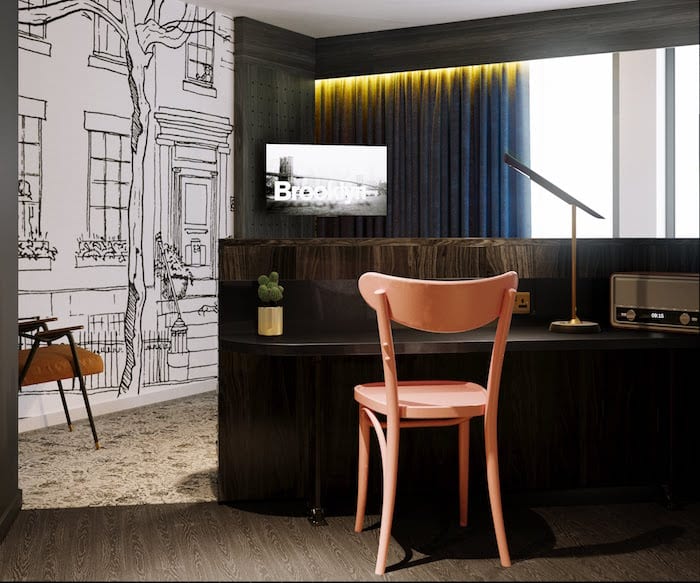 “We hope this high level of attention paid to inclusivity will make Hotel Brooklyn one of the most sought-after venues for guests of all abilities.”

Beautiful Victorian brownstone buildings have become icons of both Brooklyn and Manchester, and that idea is explored from the moment guests enter the hotel, say the team. The architecture has been designed to recreate the sense of journeying down a Brooklyn avenue, with brick stone and trees lining the walls. 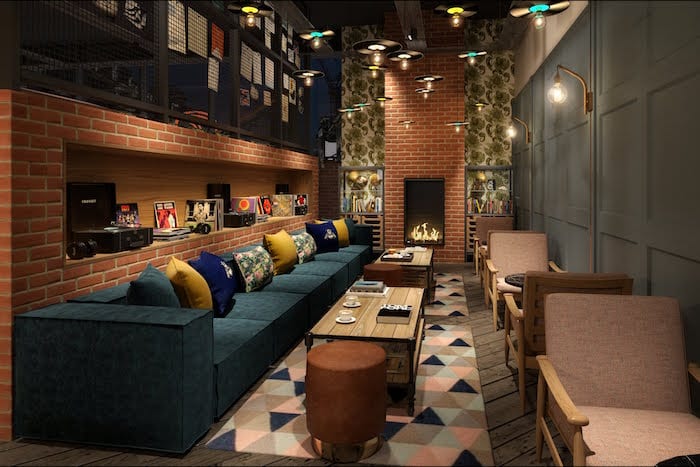 A space called The Snug is designed to be a sanctuary from the hubbub, with an open fireplace and a record player spinning vintage records from the Manchester music scene.

Hotel Brooklyn’s bar and restaurant, named Runyon’s after Damon Runyon, an American writer renowned for his depictions of Brooklyn characters, will offer a menu with European and American influences, starting from £22 per main dish. 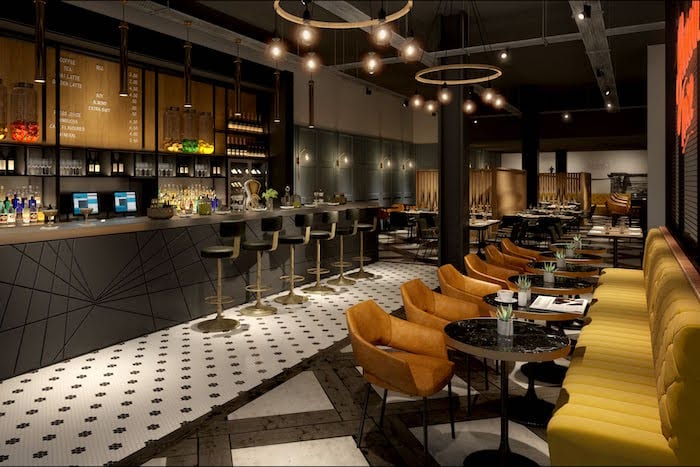 Throughout the hotel, regional suppliers have been selected wherever possible.

“We believe Hotel Brooklyn is a perfect fit for Manchester, not solely in terms of the architectural grandeur and convenience of its location, but the abundant character and feistiness of the city,” said Robin Sheppard, chairman of Bespoke Hotels.

“Portland Street is experiencing a regeneration as the hotel strip of the city.”

Nightly rates at Hotel Brooklyn start from £130 for a Club Room on a B&B basis.