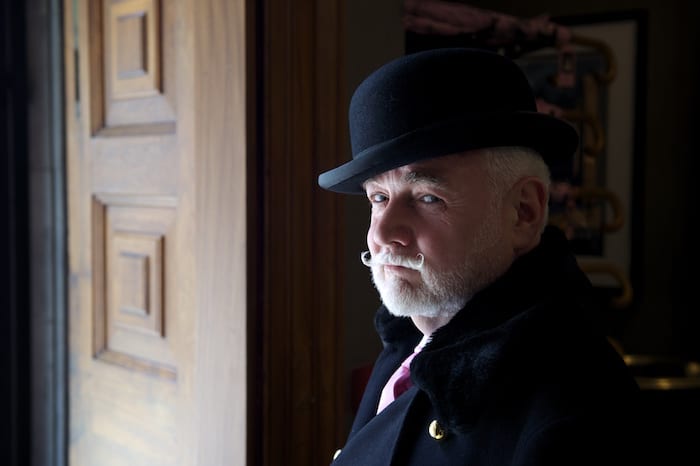 Hotel Gotham has been named the Coolest Non-London Venue at the 2018 COOL Venue Awards. 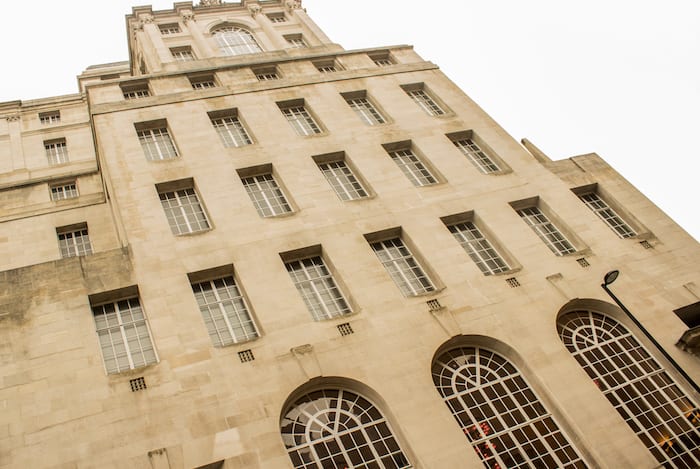 The stunning Art Deco building on King Street designed by Edward Lutyens was originally a bank. Hotel Gotham opened in April 2015 following a radical facelift that transformed it into what has been called ‘Europe’s sexiest hotel.’

There are playful nods of acknowledgement to its banking past in every corner of the hotel, from the bowler hats and briefcases, to the typewriters that line the walls, the filing cabinet service drawers and the Gotham Bugle – the hotels’s very own newspaper that’s clearly modelled on the Financial Times. The bedrooms feature moneybag-style laundry bags and gold ingot toiletry displays.

The first thing you see when you go in is an immaculately dressed doorman in a bowler hat. It feels a little larger than life, as if you’ve walked onto the set of one of those classic Hollywood films.

Outside is a windowed balcony area, complete with a golden telescope that gazes upon the Manchester skyline.

There are 55 bedrooms and 5 Inner Sanctum Suites – each named after an iconic Manchester figure and featuring a huge wonderwall screen which shows a Manchester skyline vista. With no natural light at all, they’re both decadent and the epitome of the Art Deco sensibilities of the hotel.

There are emperor-sized feather beds, vintage suitcases, buckled belts and hat boxes that will transport you back to the golden age of travel.

Club Brass, a members only seventh floor VIP lounge, is accessed from an illuminated, metal staircase not dissimilar to a banking vault. Members are believed to include a number of high profile celebrities.

Oh, and Honey, the public bar and restaurant on the 6th floor, is pretty damn good too.