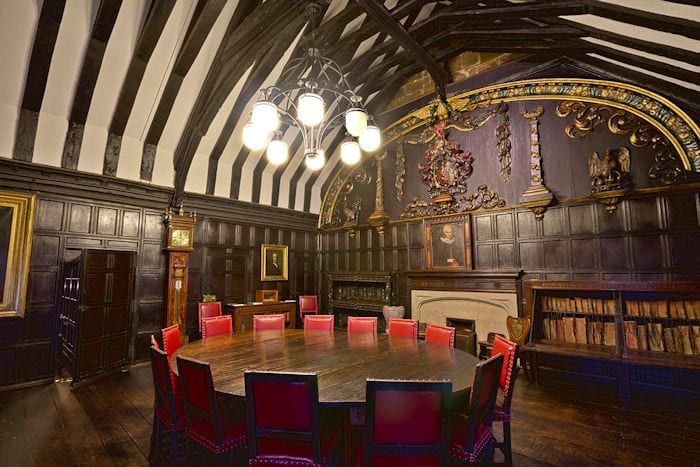 The Haçienda and Chetham’s Library have been named as two of the most important places  to England’s cultural identity in the country.

They were chosen by author Monica Ali from hundreds of nominations by the public in Historic England’s campaign A History of England in 100 Places, sponsored by Ecclesiastical Insurance.

Ten places are being chosen by expert judges from those nominated by the public in ten different categories. The Haçienda and Chetham’s were chosen in the Music & Literature category

The Hacienda was home to the Manchester scene of the 1980s and 90s. Although it was famous for rave, the musical styles played here catered to almost every modern taste, including indie, Motown and Northern Soul, all with a Mancunian twist.

The venue hosted an eclectic range of bands including The Smiths whilst Madonna played her first UK gig there in 1984.

It became one of the first British clubs to start playing house music and finally closed its doors in 1997.

Physical remnants of the venue can be found in the Manchester Museum of Science and Industry.

Peter Hook, the bassist of the band New Order which part-owned the Hacienda, had some guitars made out of the dancefloor floorboards, complete with stiletto marks and cigarette burns. In his memoir, he advised “never open a nightclub with your mates!”

Chetham’s Library opened its doors nearly 350 years ago and is the oldest free public reference library in the English speaking world.

It holds more than 100,000 volumes of printed books as well as manuscript diaries, letters and deeds, prints and paintings.

Established in 1655 by Humphrey Chetham for scholars and the education of “the sons of honest, industrious and painful parents”, the library has been in continuous use ever since, today operating as an independent charity, open to readers and visitors free of charge.

The library was also the meeting place of Karl Marx and Friedrich Engels when Marx visited Manchester in the summer of 1845. Here the pair would meet in a window seat and carry out research which ultimately led to their work on The Communist Manifesto.

“The judging process proved to be a reminder of just how rich the nation’s history of creativity is, and it was tough to select only 10 places,” said Monica Ali.

“The Hacienda was the first nightclub I ever went to in the 80s. No club ever topped that for me. It was the coolest place I’ve ever been.

“Libraries are vital to the free dissemination of literature and ideas. Chetham’s Library is not only the oldest free reference library, it is also a beautiful building. Its particular association with Marx and Engels, two writers who shaped much of 20th century history, is an added bonus.”

Also included on the list are Abbey Road Studios, Shakespeare’s birthplace, the world’s longest-surviving live music venue, and the homes of some of England’s greatest writers, from Austen to Orwell.

Historic England chief executive Duncan Wilson said: “From Austen and Orwell to Brontë and The Beatles, these 10 fascinating choices from our judge Monica Ali hint at the sheer range of music and literature hotspots England has to offer.

“All these places have helped to shape our country’s culture and many have witnessed creativity which will continue to inspire generations of people.”

Jodrell Bank Observatory has been chosen by Professor Lord Robert Winston in the list of ten places which tell the story of science and discovery in England.