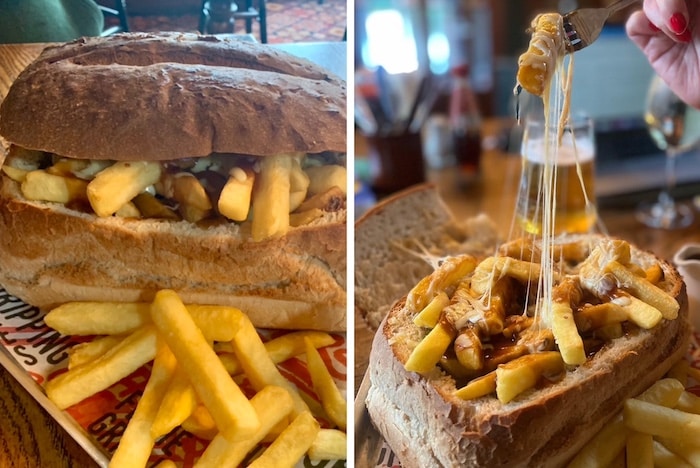 When it comes to chip butties, bigger is better.

At least, that’s the thinking at The Bridgewater pub in Worsley, which is offering what might be the biggest chip butty we’ve ever seen.

Part of their selection of food challenges, the Ultimate Chip Butty (£9.29) consists of a whole full-sized loaf of bread, hollowed and filled with chips, cheese and lashings of gravy.

It’s served with two additional jugs of gravy for dipping – and comes in at a whopping 4398 calories. 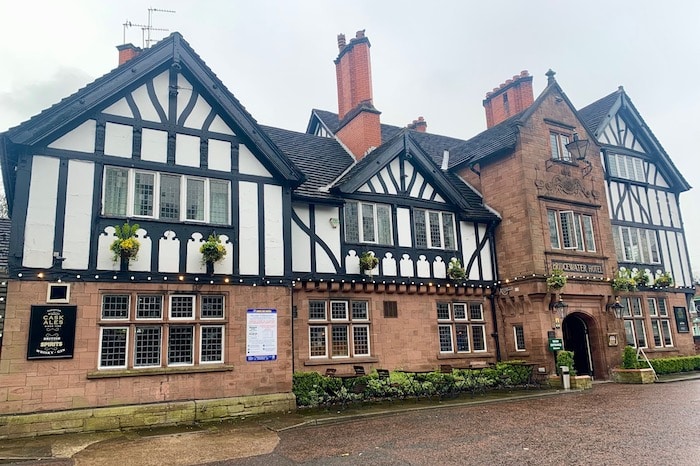 And though it’s designed as a challenge for one, it actually makes a fun dish to share if you don’t think you’re up to tackling it solo.

It’s an impressive looking spectacle, the chips laden with hot gooey melted cheese and gravy spilling out over the top of the bread and onto the tray.

Yes, it’s served on a tray, because there probably isn’t a plate big enough.

The bread is a bit on the stodgy side for this particular carb-fest – some butter might help, though would make the calorie count even more alarming – but the additional gravy means you can dip away at will.

And if chip butties aren’t your bag, there are several other challenges which offer an equally jaw-dropping amount of food. 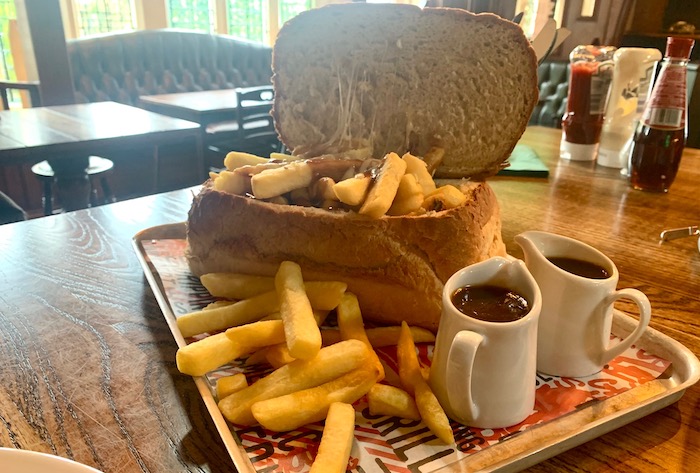 It’s served with a large portion of chips and two corn on the cobs, and clocks up 4209 calories.

Chicken wing fans might want to have a go at the Who Dares Wings challenge (£9.29), offering 25 wings with a sour cream dip, five tossed in each flavour: Texan-style BBQ, piri piri, sweet chilli, spicy dry rub and Tabasco Scorpion sauce. 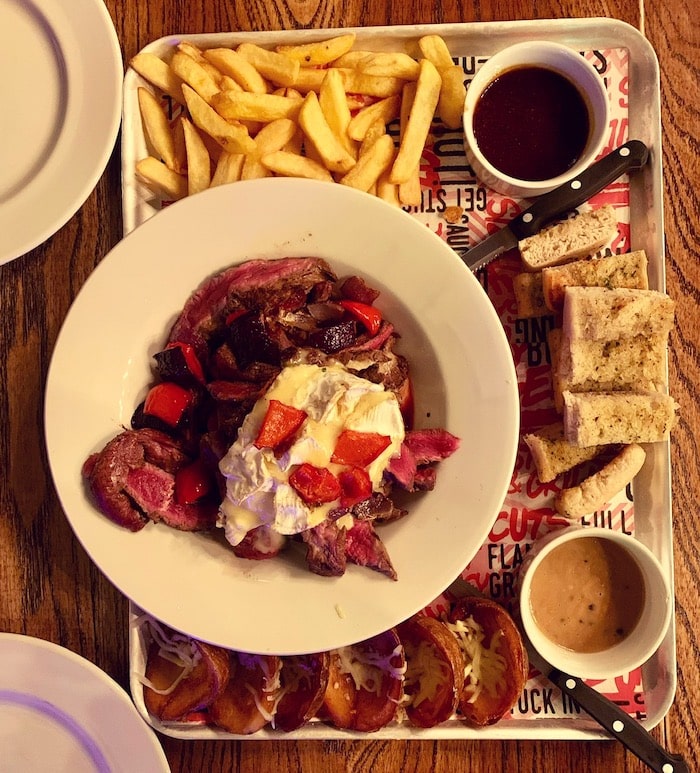 Or for meat and cheese fanatics, the Steak Fondue Challenge (£19.99) consists of a whopping 32oz of rump steak cooked to your liking and sliced ready to dip into a whole melted Camembert cheese.

Fancy a go? Every Friday there’s 25% off all the challenges, too, so you can give it a try (or wimp out and treat it like a sharing platter between friends) for less.