“At many moments, I felt myself tearing up because of how raw and real it was…”

I have always wanted to get into classical music. For a long time I have been interested in the emotions a song can radiate and express through its words. But classical music is different. The emotions are expressed solely through the instruments on the stage rather than through the words of a song. I find it highly fascinating that a piece of music can make a person feel so much. 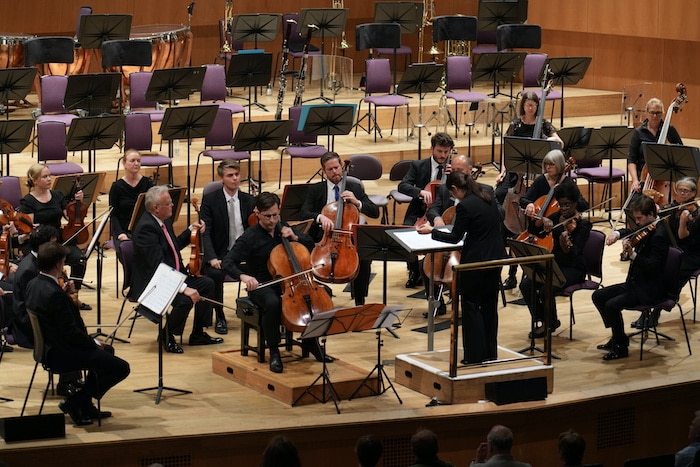 Movie soundtracks have always been a passion of mine, but I have never been an avid listener, so going to see the Hallé at The Bridgewater Hall tonight will help me appreciate the sound of a full symphony orchestra. I studied music in both high school and college, so I have been eager to get back into listening to classical music again and rediscovering my passion. 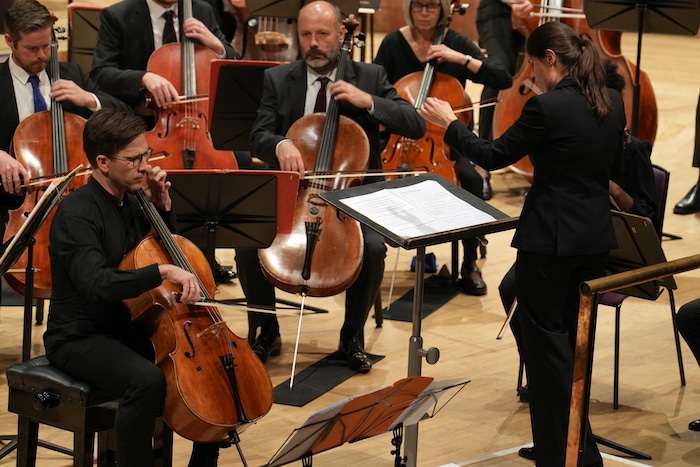 When we walk into the auditorium, the stage is set up with a full orchestra. The strings at the front, the woodwind in a line behind them, and the percussion right at the back as they begin to perform the first piece, Ravel’s La Valse, an energetic piece for full orchestra, conducted by the Hallé’s Assistant Conductor, Delyana Lazarova. The next piece features Guy Johnston, the cello soloist performing Dobrinka Tabakova’s Concerto for Cello and Strings. Guy, who has many credits and works regularly with leading orchestras across the world, was the highlight of the first half, performing his many solos with passion and flair. At many moments, I felt myself tearing up because of how raw and real it was, and to hear the cello by itself in a big room full of people puts certain things into perspective. 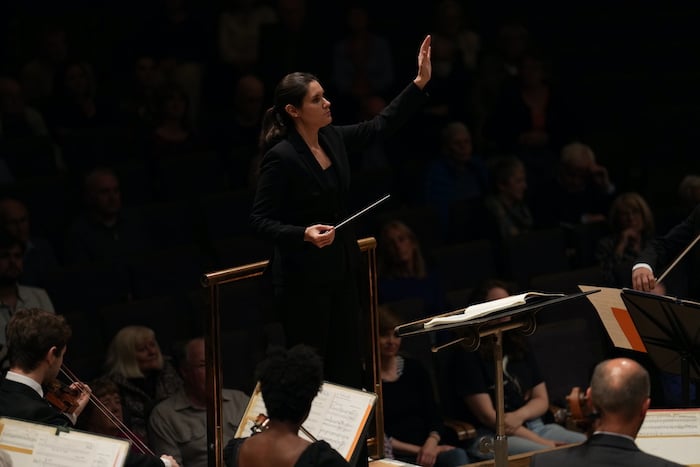 The second half of the show was a performance of Tchaikovsky’s Sixth Symphony ‘Pathétique’ which featured the full forces of the orchestra. The passion and emotions of the music really spoke to me and it was interesting to hear solos from the woodwind and brass, especially the horns which I love. The woodwind solos reminded me of my high school music teacher and the love he had for music and performing his instrument, the oboe.

The atmosphere in The Bridgewater Hall is magical and there is something about seeing music in its purest and rawest form. You watch these performers playing with their entire bodies, putting their whole selves into the performance in order to convey the music to the audience.

This is so different to other gigs or concerts that I have been to. Usually, I am screaming and singing along but tonight I sat, and I watched the performance. No gimmicks, no auto-tune. Orchestral music is as raw as it can get. I think that is why I would encourage people of all ages to go and see the Hallé, because you might discover a love for classical music you never knew you had.

If you’re under 30, you can get 30% off tickets for Hallé at The Bridgewater Hall.