After the show, the plants and materials will be donated to Wharton and Cleggs Lane Church and Community Centre Garden in Little Hulton
Share
Tweet
Share
Chat

Community gardening and having access to green space has never been so important and is being celebrated at this year’s RHS Flower Show Tatton Park.

The Royal Horticultural Society (RHS) and BBC North West Tonight have joined forces to create The BBC North West Community Garden with the RHS designed by multi award winning designer Lee Burkhill, providing practical ideas and inspiration for visitors to implement in their own communities whilst celebrating the work of community groups across the North West.

Each group fed ideas into the final garden design highlighting what they believe are important elements to have in a community garden; from growing cut flowers and fruit and vegetables to having a space to socialise outside with other members of the community. 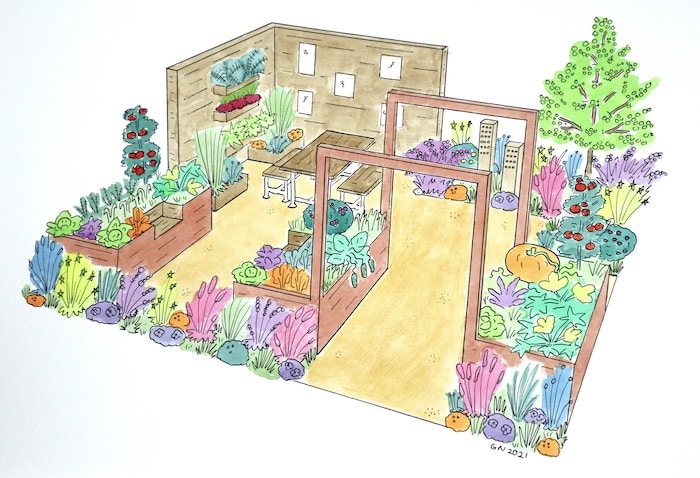 “It was important to create an achievable community garden design with key elements drawn from the local community gardening projects whether it’s growing food in urban areas, socialising in groups outdoors, learning about horticulture, tending to an orchard, or encouraging wildlife,” said Lee.

“I hope visitors take away inspiration to start growing their own fruit, vegetables or plants in even the smallest spaces, and for new gardeners to get involved in local community gardens while also using upcycled and reclaimed materials in garden spaces to reduce our carbon footprint.”

After the show, the plants and materials will go back to the RHS who will be donating them to Wharton and Cleggs Lane Church and Community Centre Garden in Little Hulton, one of the many local community gardening groups which is supported by the RHS Community Gardening team in the North West.

There are a number of other community groups creating gardens at the show this year including homelessness charity Petrus Community that has a community allotment PIER in Rochdale.

Rachael Bennion, in partnership with service users and volunteers at the charity have co-designed the Petrus: Full Circle garden to highlight the impact flooding has had in the area, demonstrating what gardeners and the community can do to work with water and increase flood resilience. 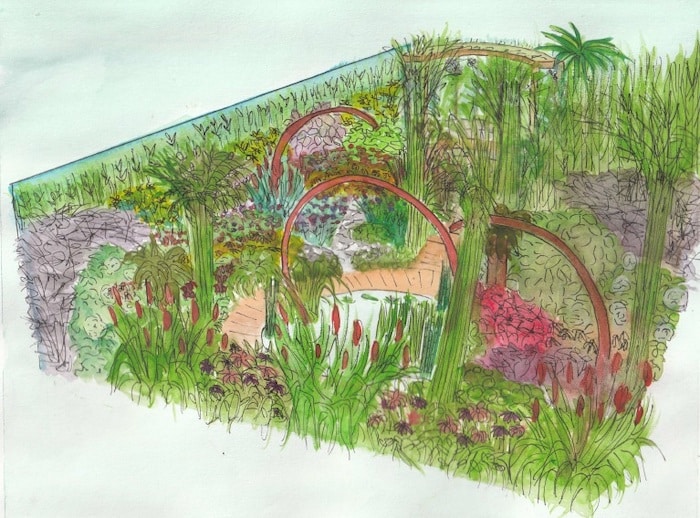 The garden features a rain garden system that collects water from a living roof and channels it into a large pond at the bottom of the garden with plants that are commonly seen in areas prone to flash flooding such as Crocosmia, Geranium and Phormium.

In addition, ten Community Borders offer an opportunity to showcase small-scale planting designs as well as giving different local groups, designers and horticultural enthusiasts the chance to display their skills at an RHS Show.

The designers and community groups use imaginative planting combinations, taking inspiration from their local communities celebrating the themes love and colour.