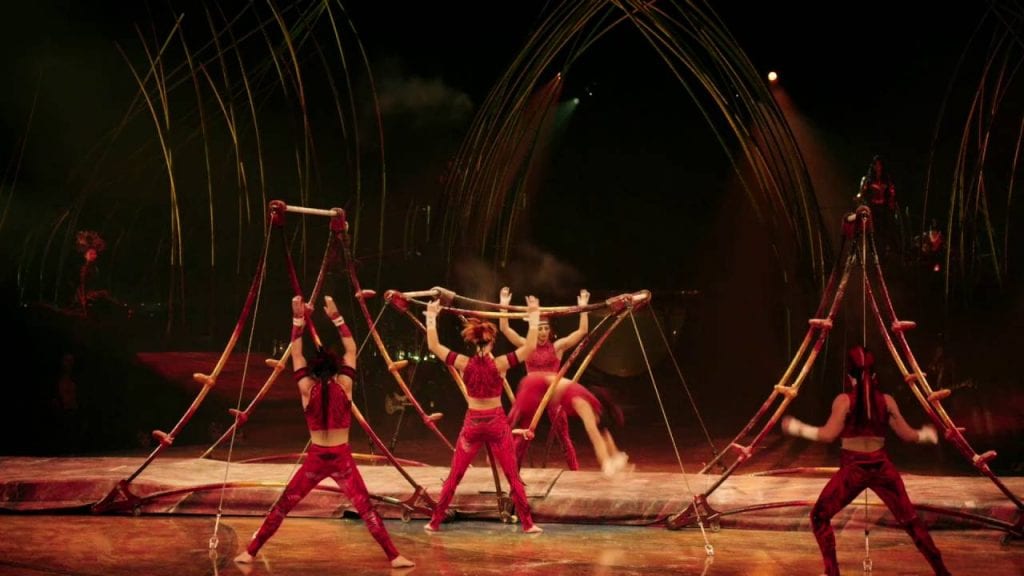 The grand premiere of Amaluna, Cirque du Soleil’s most successful ever UK show, under the big top at Intu Trafford Centre was a star-studded affair.

We were in good company with guests including Corrie’s Anthony Cotton, Dean Fagan, Jimmi Harkishin and Sally Dynevor, along with Hollyoaks’ Alex Fletcher, Lysette Anthony, Jessica Fox, Nicole Barber-Lane and Nikki Sanderson, with Carl Austin-Behan, the Lord Mayor of Manchester, sat directly in front of us. Talk about living the dream.

Cirque du Soleil was founded in Canada in 1984 by two former street performers, Guy Laliberte and Gilles SteCroix, and is now the largest theatrical producer in the world. Their theatrical and character-driven shows with no performing animals, introduced Cirque du Soleil as a more contemporary and much less controversial version of the circus of yesteryear. Written and directed by Tony Award winning director Diane Paulus, Amaluna is their 33rd production and marks their return to Manchester for the first time in six years. 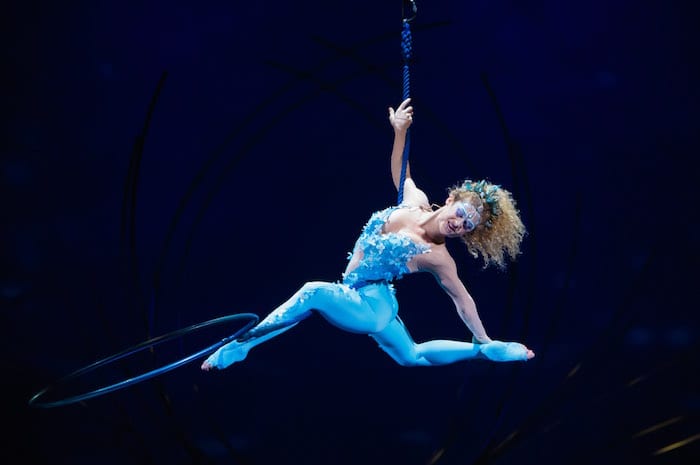 Amaluna is the coming of age story of Miranda, who dreams of love and romance but must endure a series of trials to win her brave young suitor, Romeo. It’s loosely based on Shakespeare’s The Tempest and the spectacular aerial acrobatics forms the main core of the show.

The female-dominated cast includes the most jaw-dropping flying ladies, four of whom perform aerial feats in unison and are easily the highlight of the show. There’s also an elegant balance artist, tumbling trapeze troupes, contortionist gymnasts, and one of the most flexible dancers I’ve ever seen whose back freakishly moves and dances on its own! All the girls’ skill and strength are amazing. Men are represented by reptiles on skateboards, bare-chested hunks on a giant seesaw, and some rather nifty juggling courtesy of a rather phallic lizard with a big tail. Impressive. 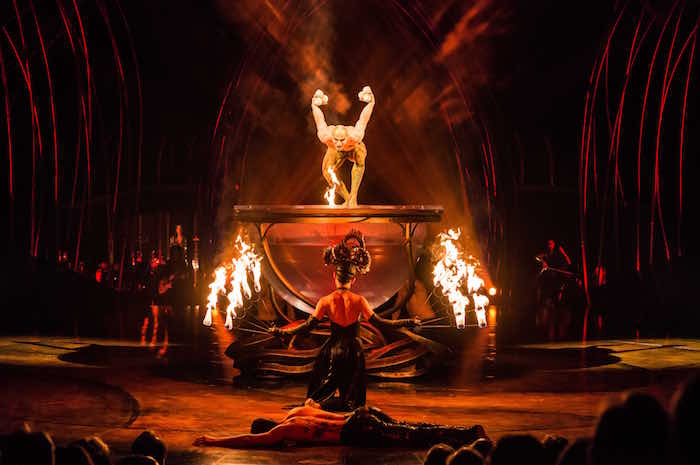 Comic elements are provided by an unusual male and female clown duo. I hate clowns and I’m not great with comedy. Unfortunately, they did little to change that opinion. They were just strange, talking in a nonsensical language of their own, performing their own parallel love story. They got a couple of laughs with their kissing the audience gag, but on the whole they were the least successful element of the show, and you sensed everyone just wanted the acrobats to hurry up with their costume and scene changes!

The sets are magical, but if you’re on the superstitious side this one might not be for you as peacock feathers are just about everywhere. According to the Greek myths, their protective eyes watch over women in all stages of their lives. There’s a feature fish bowl that both Miranda and Romeo take equal turns in, although possibly the prop is used one too many times. 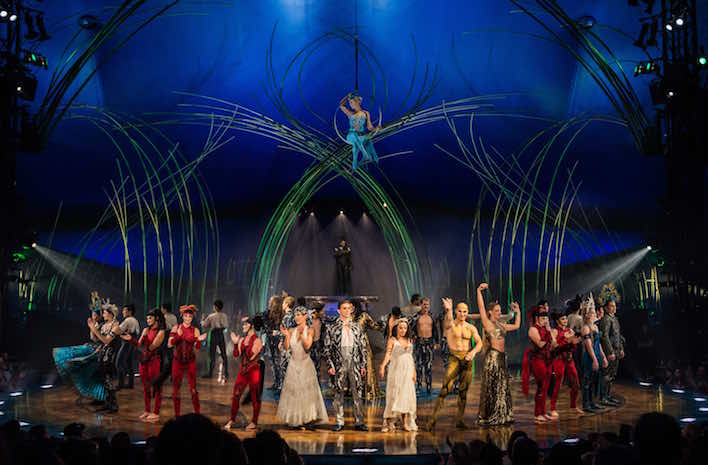 The soundtrack was all female 80s pop ballad, a bit Jean Michel Jarre with a few tribal beats thrown in, fantastically dramatic and catchy. And the showtime costumes have an ancient meets contemporary style still allowing the artists maximum flexibility and bendiness.

My ten-year old pointed out that the all-girl rock band with their long flowing velvet coats and goth hair looked like the Hex Girls in Scooby Doo. I agree. She had never been to a circus and sat there mesmerised throughout. At the end of the show I asked her what she thought. “I think Amaluna was absolutely fantastic. The women on the ropes totally blew me away. I would recommend it for people and families and I would definitely go again. I loved it.” Perfect for people and families. Praise indeed.

The production runs until 9 October 2016.