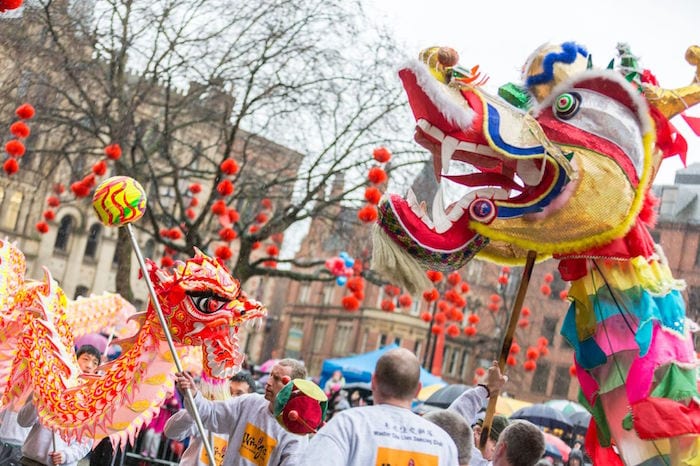 We might only be two weeks into January, but Manchester is all set to celebrate its second new year of 2020.

The city has the largest Chinese population outside of London and, as such, we always make a big fuss for the Spring festival.

Falling between 24th – 26th January, this year the city will welcome in the Year of the Rat with an array of celebrations in Chinatown and further afield.

New for 2020 is an illuminated dragon dance, which will light up Manchester’s Chinatown across the weekend with performances starting from 5.30pm. 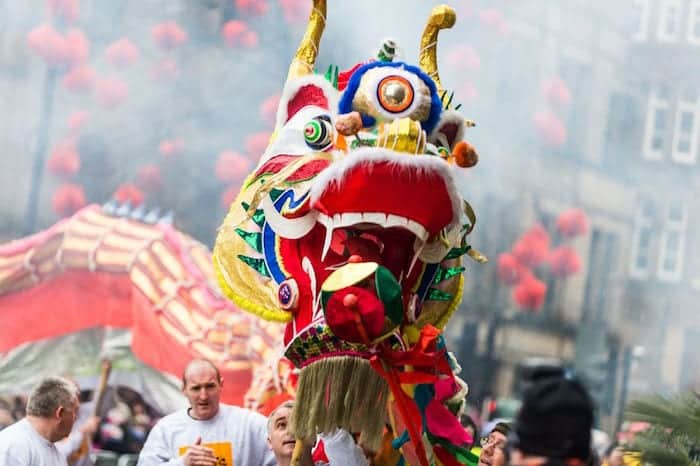 The night dragon will be one of this year’s must-see attractions, with additional performances scheduled at 6.30pm and 7.30pm on Friday and Saturday.

Manchester’s legendary Dragon Parade will embark on a new route, starting at 12.30pm at Manchester Central Library and winding down Oxford Road before returning to Chinatown via Princess Street for 2pm. 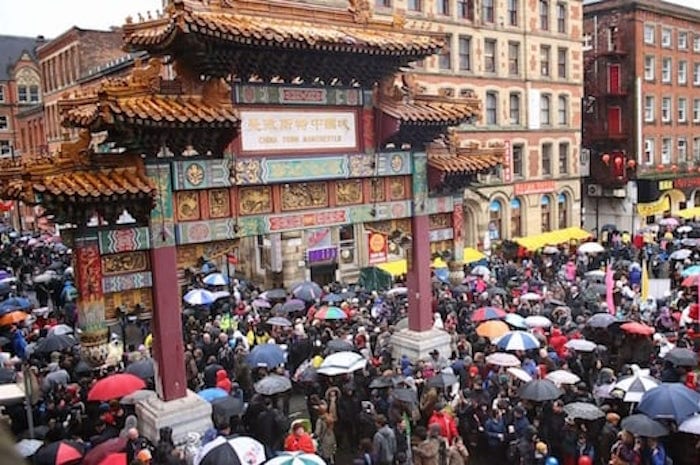 As ever, the heart of the celebrations will be found in Chinatown.

A host of locally-run food and drink stalls will be on hand serving up traditional Chinese fare like potsticker dumplings, spring rolls, fish and nian gao (glutinous rice cakes).

There’ll also be a funfair, performances from lion dancers, acrobats, singers and dancers, Chinese poem reading and kung fu demonstrations taking place on the stage on Faulkner Street between 12m and 5pm on Saturday and Sunday.