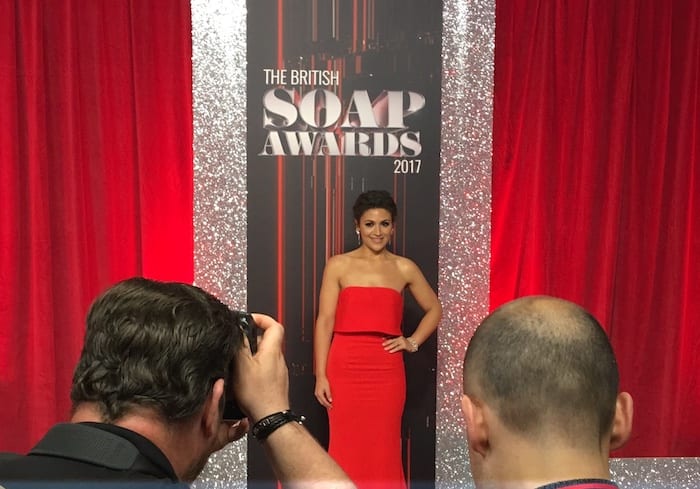 The red carpet will be rolled out for the nation’s soap stars when the British Soap Awards return to the city for 2019.

The glittering awards bash is returning to The Lowry theatre at Salford Quays on Saturday, June 1st and will be broadcast live on ITV that night.

But for those who want to get a little closer to the action, tickets are also now available if you want to be in the audience at The Lowry.

The event, which will once again be hosted by Oldham-born This Morning star Philip Schofield, will see the nation’s big six soaps – Coronation Street, Emmerdale, EastEnders, Hollyoaks and Doctors – compete across a broad range of 15 categories, including best actor and actress, best storyline, and the biggie – best soap.

Celebrating another mammoth year in soapland, the awards will look back on twelve months of murder, mystery, make-ups, break ups, trials, tribulations and tears. A year in which knife crime was tackled in EastEnders with the fatal stabbing of Shakil Kazemi, a serial killer was on the loose in Hollyoaks, Kim Tate returned to Emmerdale, Daniel and Zara split up in Doctors and the factory roof collapsed in Coronation Street.

Here’s the full shortlist. You can vote for your favourites at britishsoapawards.tv

Aidan’s Suicide and the Aftermath (Coronation Street); And the Beat Goes On… (Doctors);
Consent (EastEnders); Chas and Paddy Say Goodbye to Baby Grace (Emmerdale); Where Do I Belong? (Hollyoaks)

The outstanding achievement award and the Tony Warren Award will be announced on the night.