Pint lovers rejoice – there’s a BEER hotel taking shape in Manchester from BrewDog that will offer beer fridges in the shower and pints on tap in every room.

The 25 bedroom DogHouse Hotel is being planned in the Bruntwood Works’ Bloc building on the corner of Fountain Street and Marble Street in the city centre, opposite Primark.

It will also boast a signature BrewDog bar, restaurant and terrace as well as a rooftop bar. 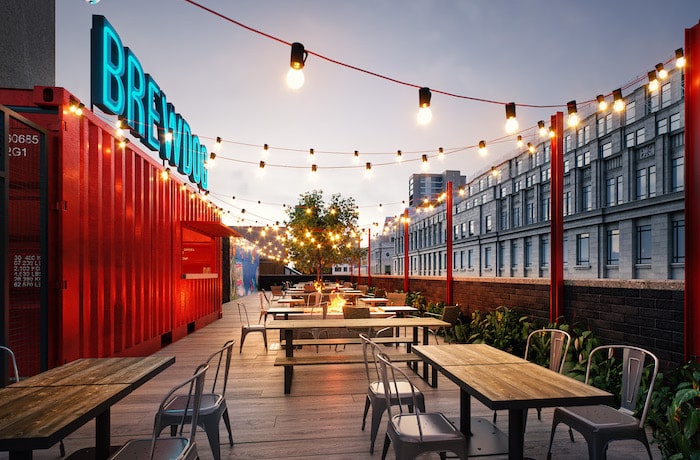 The Scottish beer giant, known for its popular Peter Street bar in Manchester, confirmed plans for the DogHouse Hotel in the city centre on its Twitter feeds, and that it should be ready to open next year.

Say hello to the amazing new DogHouse Hotel, opening in Manchester in 2021.

They have revealed new artist impressions of how it will look – including bold red murals on the building’s exterior, and the brand signature bold blue logo for the rooftop bar.

In news that is sure to excite fans of the beer brand, every bedroom will offer its Punk IPA on tap, while there’s the prospect of the quirky shower beer fridge – to ensure you’re never far from your next sip of ale even while having a wash.

The development will be anchored by the third BrewDog bar and restaurant in the city centre, which is planned to open in January 2021.  It will feature an incredible 28 taps of fresh draft beer. 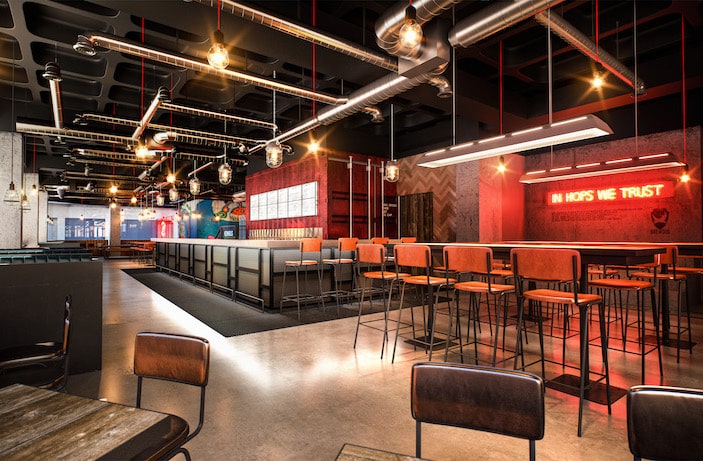 Plans for the DogHouse hotel, which will sit above the bar, are being considered by Manchester Council and, if approved, is set to open in the summer of 2021.

It will become the fourth hotel for the beer brand, after the launch of its “world first” craft beer hotel and brewery in Ohio, which was followed by The Kennels Hotel in the city and the first in the UK in Aberdeen.

Bosses are said to be eyeing other UK sites for the development of the Doghouse Hotel brand.

Naturally, given the name of the new hotel, it will also be a dog-friendly establishment for those beer-lovers with a four-legged friend. 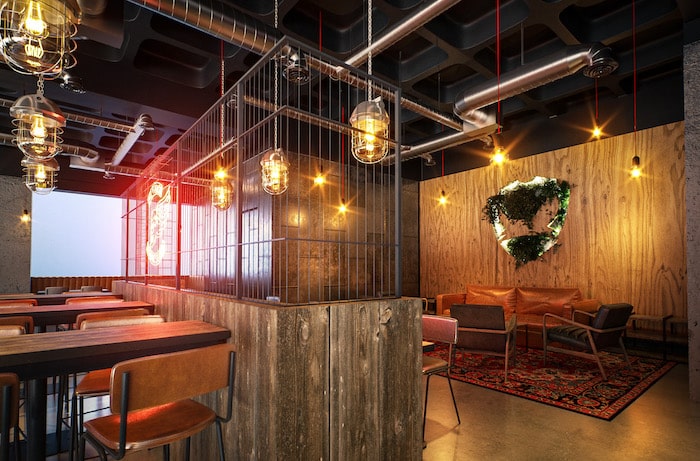 Partnerships with brands like BrewDog, and more to be announced including a local, independent coffee shop, which they hope will create a vibrant neighbourhood for the immediate workspace customers and the wider community at Bloc.

Chris Middleton, Retail and Leisure Manager at Bruntwood Works said: “We’re delighted to be partnering with BrewDog as part of our plans to transform this area of Manchester. It is an iconic, trailblazing brand with whom we share many of the same goals in terms of our sustainable and community driven ethos.

BrewDog co-founder James Watt, said: “We firmly believe that where you stay in a city should be your home from home so we are bringing BrewDog and our passion for great beer to life at BrewDog DogHouse Manchester.

“Manchester is an incredible city with awesome beer, which is why we want to have the ultimate in beer accommodation waiting for you.”