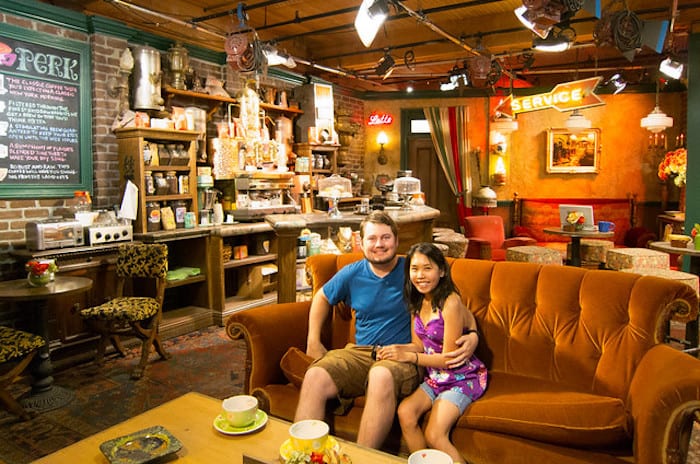 Did no one tell you life was gonna be this way…?

Well they have now. Primark is to open a a fully-branded Central Perk Café in its flagship Manchester store in Market Street on 12th June.

The café – in partnership with Warner Brothers – is opening in celebration of the 25th anniversary of the timeless mega-hit American TV show Friends.

Central Perk at Primark Manchester will be exclusive to fashion retail in the UK and the first to open on the UK high street.

The venue will feature a New York-inspired menu, exclusive branded products and an opportunity to get a photograph on THAT sofa. It will also deploy “compostable” cups and ethically sourced coffee beans as part of the Primark Cares initiative.

After visiting Central Perk, customers can continue their experience in a Friends-inspired shopping area where they will be able to find everything from clothing to mugs, including a number of items exclusive to the Manchester store.

“We are hugely excited to be bringing the first branded Central Perk Café in fashion retail in the UK to the British high Street,” said Primark’s director of new business development, Tim Kelley. “Customers can relax and have fun there whilst also enjoying our amazing fashion at amazing prices in our Manchester store.”

First established in Dublin in 1969, Primark currently has over 370 stores with over 15 million square feet of selling space across 11 countries, employing 75,000 people.

When Primark opened in Manchester in the landmark former Lewis’s building on the corner of Market Street and Mosley Street, it was the biggest of the chain’s stores and remains one of the largest.

Friends, one of the most popular TV shows of all time, whose enduring comedy appeals across age barriers, first aired in 1994 and drew – and still does – legions of fans for ten years over 236 episodes.