Adam Thomas’ Gatley restaurant has created Burnham and Boris burgers – is the Rashford burger next? 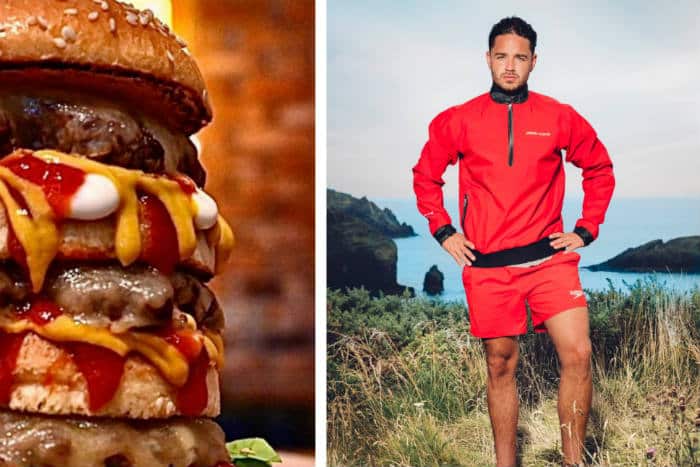 Former Emmerdale and I’m A Celebrity star Adam has created an all-day dining menu from brunch to dinner at the restaurant, aimed at bringing “a little bit of the city to the suburbs” – and the burgers have certainly sparked some attention.

Last month more so than ever, when The Spinn launched two rival burgers: the two tier Burnham burger, and the three tier Boris burger.

“With everything that was going on with Boris and Andy Burnham, we thought we’d have a little bit of a play,” Adam told Fleur East, James and Matt on Hits Radio Breakfast last week.

“So we came out with the two tier Andy Burnham burger, and the three tier Boris burger.”

Adam, who recently took part in ITV’s new reality show Don’t Rock The Boat with Hits host Fleur, even took out a humorous billboard ad to promote the timely new offering – and said it was worth every penny.

“You know what, it was great marketing, if I do say so myself,” he told Hits Radio.

“It’s sort of put us on the map, and people have got behind us and supported us as well, which is what it’s all about.

“I like to have a little bit of a laugh now and then, and that was definitely up there.”

So how much was the billboard?

“It was a lot,” Adam laughed. “But put it this way, we made it back in burgers.”

And whose burger sold best?

“Oh, it was the Andy Burnham,” Adam revealed, perhaps unsurprisingly – and £1 from every burger also goes to the Mayor’s homeless charity.

“Especially being from Manchester as well, everyone wanted the Burnham burger.

“I think the Boris burger was a little bit too much for everyone, with three tiers. It was messy.”

The two burgers are available from The Spinn to takeaway and for delivery, and it’s important for people to support their local businesses right now, urged Adam, on a serious note.

“We need all the support we can get. And for everyone listening, make sure you support all your local small businesses, because they all need you right now.”

“Everything he’s been doing right now, he’s just an unbelievable man. He is an amazing guy.

“We love everything he’s doing for kids in schools out there.”

You can listen to Fleur East on Hits Radio Breakfast every weekday morning from 6am on 103fm, on your smart speaker, via the Hits Radio app or at hitsradio.co.uk.