People are more likely to catch a ‘buz’ in Oldham or Wigan, while Rochdale and Wigan locals are most likely to say ‘burr’ for ‘bear’ 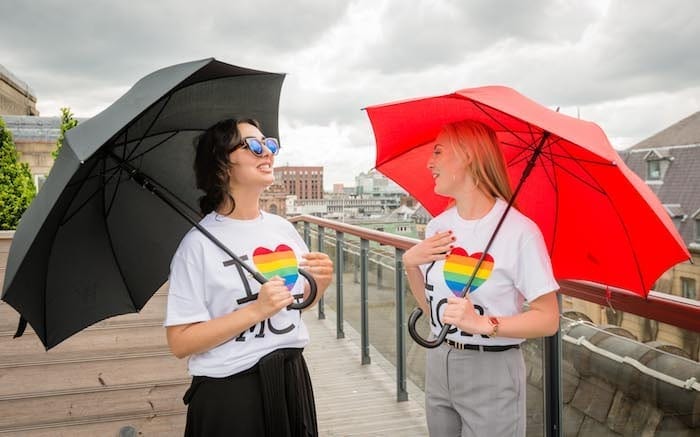 The Manchester Voices research project, led by sociolinguists at Manchester Metropolitan University, has been investigating how people speak across Greater Manchester’s 10 boroughs, and what people think and feel about these ways of speaking.

And it seems that locals think there are actually four main distinct regional dialects – ‘Manc’, ‘Lancashire’, ‘Wigan’ and ‘posh’.

Emerging findings from the project show that people think the ‘Manc’ accent is situated mostly in the city of Manchester itself, while residents of South Manchester, Trafford and Stockport are more likely to sound ‘posh’. 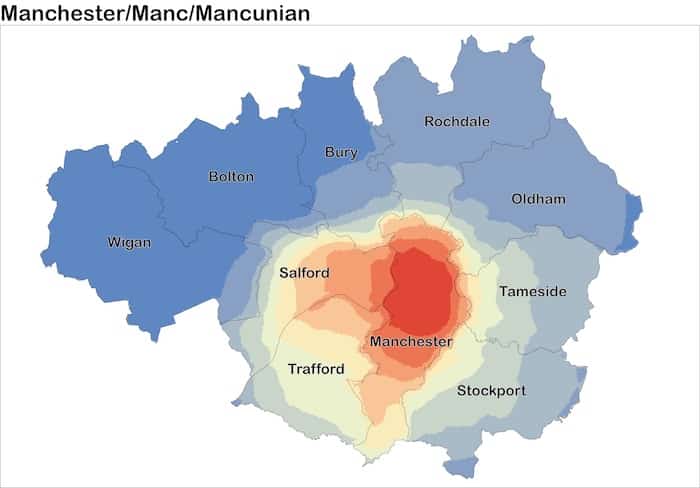 While residents of the northern boroughs of Bury, Bolton, Rochdale and Oldham are characterised as speaking ‘Lancashire’, Wigan natives are thought to have a distinctive dialect all of their own – and more likely to catch the ‘buz’ or read a ‘bewk’ than their GM neighbours.

Manchester Voices is the most detailed ever research study of its type, and will eventually culminate in a permanent installation in Manchester Central Library that celebrates the diversity of language in the region.

“This research gives a fascinating insight into the huge amount of accent and dialect variation between the boroughs of Greater Manchester,” said Dr Dann, research associate at Manchester Metropolitan .

“It also suggests that Greater Manchester residents are really good at picking up on these differences. 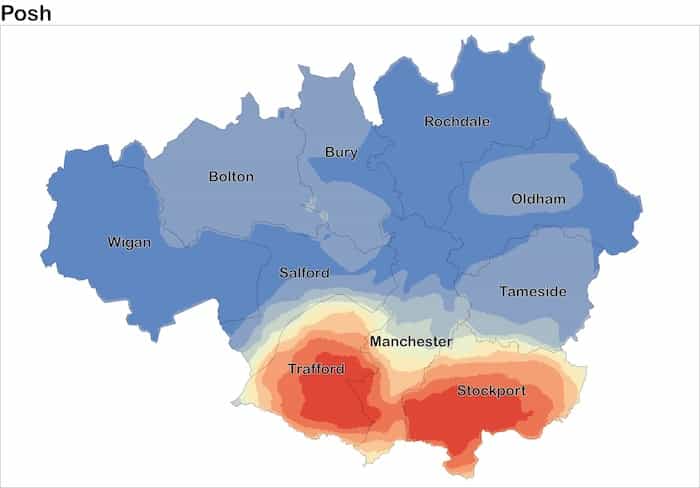 “For example, the results of the dialect mapping task suggested that Wigan is thought to have the most ‘unique’ accent and dialect, whereas Trafford and Stockport are less local sounding, and this was reflected in our analysis of the spoken data.”

In the first stage of the research, conducted during the COVID lockdowns, researchers asked more than 350 people from the region to draw and describe the different accents and dialects on an online map, as well as asking people who were born and raised in one borough to submit a recording of themselves speaking.

Researchers analysed the responses by creating heatmaps, with the red areas showing where respondents labelled the different regions.

Student research assistant Jack Taylor has analysed the 80 recordings submitted to the project of people who have lived most of their lives in one borough. 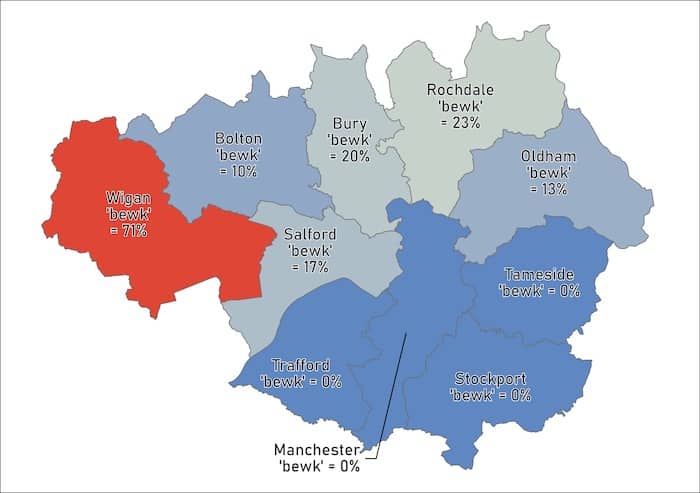 Focussing on the pronunciation of the words ‘bear’ vs. ‘burr’, ‘book’ vs. ‘bewk’, ‘school’ vs. ‘skewl’, and ‘bus’ vs. ‘buz’, he found some interesting differences between the boroughs.

The team have mapped how these different pronunciations pattern across the region, finding that the ‘bewk’ pronunciation of ‘book’ is most often found in Wigan.

People are more likely to catch a ‘buz’ in Oldham or Wigan, while Rochdale and Wigan locals are most likely to say ‘burr’ for ‘bear’.

And people from all over Greater Manchester sometimes said ‘school’, ‘skewl’, or something in between, but Stockport and Trafford respondents were most likely to say ‘school’, and Wiganers said ‘skewl’ the most. 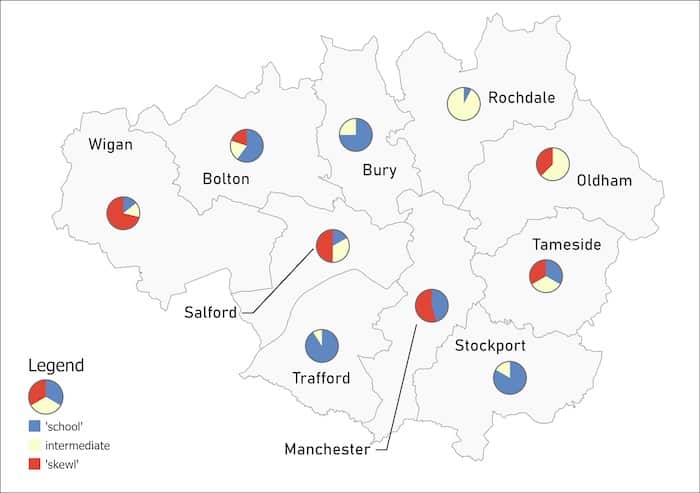 When compared to the public perceptions of accents and dialects in Greater Manchester, these findings reflect the suggestion that people in Trafford and Stockport may have less ‘local’ accents, and that Wigan is particularly distinctive.

The analysis also suggested that ‘burr’ and ‘bewk’ may be lessening over time, with younger people – and especially young women – being more likely to say ‘bear’ and ‘book’.

“It just shows how much the way we speak is connected to identity and self-perception,” said Dr Drummond, reader in sociolinguistics at Manchester Metropolitan. 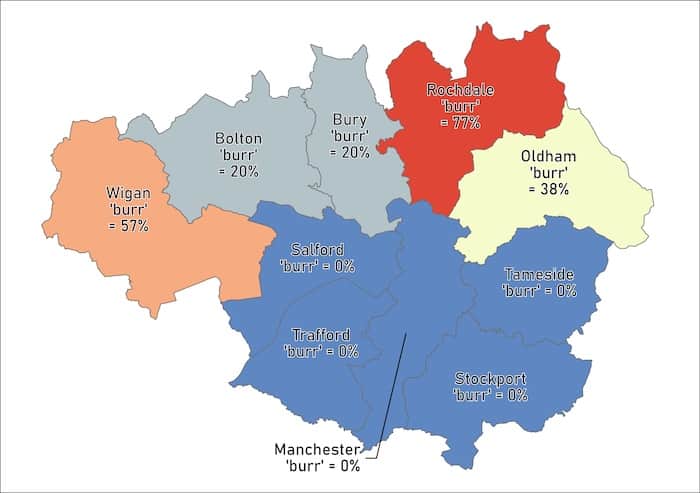 “We can see important social distinctions reflected in the speech patterns we’re analysing – the distinction between the urban centre and the surrounding boroughs, for example, and generational divides too.

“Of course we still have more work to do before we can fully understand what these distinctions mean to people.” 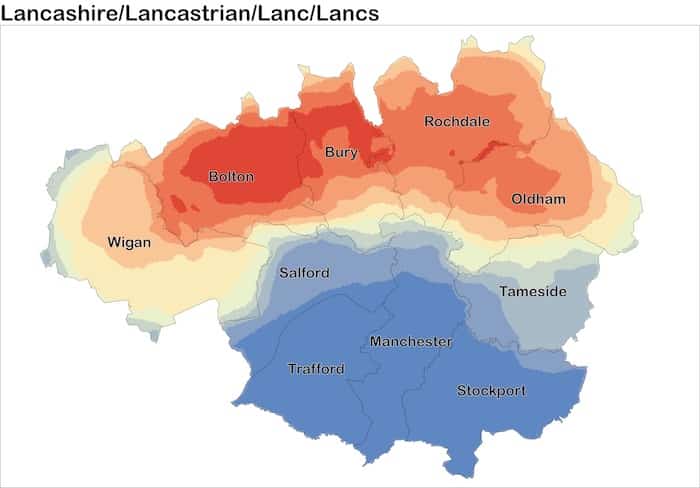 The Manchester Voices research project is still ongoing, and the research team still want to hear from members of the public to build on these early findings.

They are currently touring the 10 boroughs in the Accent Van, a mobile recording booth where visitors can climb aboard and be interviewed by a talking computer about accents, dialects, and identity in Greater Manchester.

People can also take part from the comfort of their own homes by visiting the Virtual Accent Van: virtualvan.manchestervoices.org.