7 different decadent doughnuts worth ditching the diet for 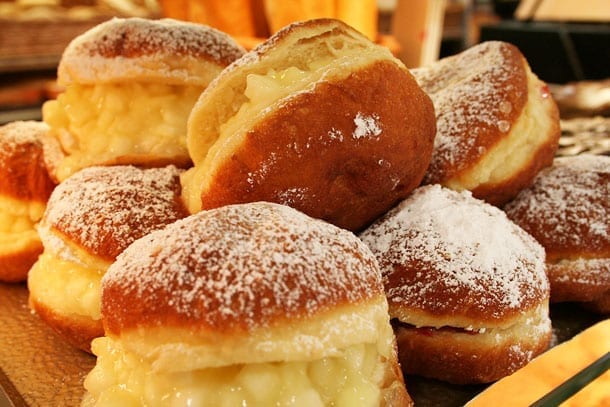 National Doughnut Week was launched in 1991, creating opportunities for bakers, cafés and coffee shops to raise awareness and funds for The Children’s Trust. In view of the good cause, we’ve rounded up some of the best doughnuts in town for you to enjoy. You’re welcome.

Krispy Kreme is king. And now the doughnut doyen has confirmed the rumours. After bringing us classics including the Original Glazed and Strawberries and Kreme, Krispy presents Nutty Chocolotta, a new doughnut filled with Nutella, dipped in rich chocolate icing and decorated with caramelized hazelnuts and a white chocolate swirl. The limited edition Nutty Chocolatta launches 27 May and will be available until 4 September. Form an orderly queue. 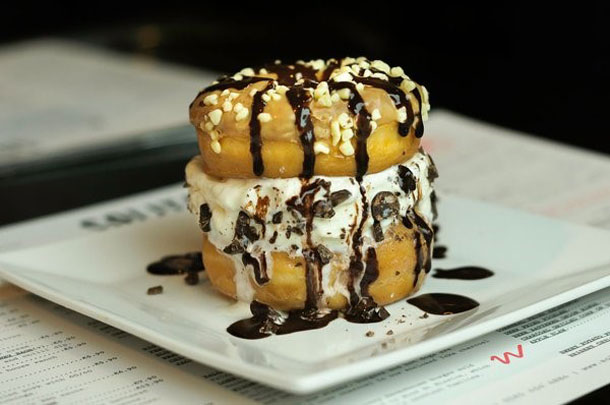 Expect Cheshire Farm’s fresh vanilla ice-cream, sandwiched between a Brackman’s doughnut, topped with warm chocolate sauce and dark chocolate pieces. This is the stuff dreams are made of.

I see your Gran’s humble, home-baked apple pie and I raise you with one of Barbakan’s freshly baked apple doughnuts. 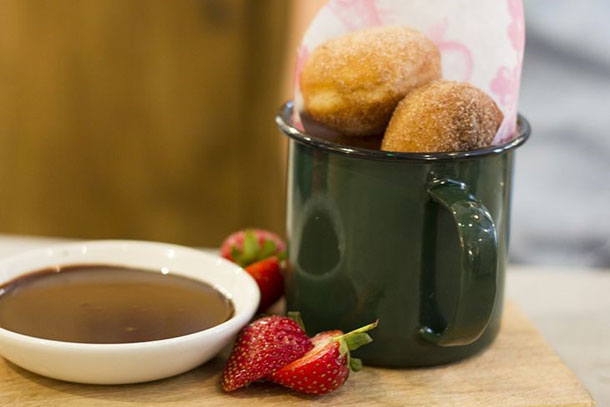 Good things come in small packages or so they say. Bill’s melt-in-the-mouth cinnamon doughnuts are super moreish and when you pair them with the chocolate dip and strawberries, they taste like Christmas.

This doughnut maker serves up fresh batches, fried and filled daily. Flavours change weekly, from bacon to bourbon to butterscotch, but our favourite is coated in crushed rhubarb and custard sweets and oozes Wythenshawe-grown rhubarb and vanilla custard. 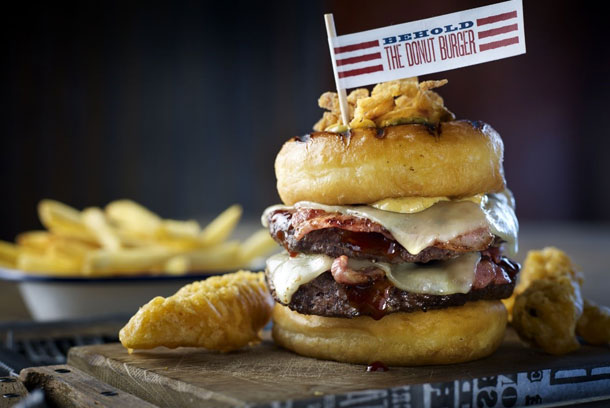 Red was built on the foundation that anywhere else selling barbecue-inspired grub is irrelevant, and the doughnut burger is the real MVP.

Two patties stuffed with melted cheese, smoked and peppered bacon, crispy onions and Dirty sauce. All this between two sweet, glazed doughnuts with frickles on the side. We’re not worthy.

Every day (except Mondays), Common gets a special doughlivery from Blawd Bakehouse, which now has its own on-site bakery in the downstairs dungeon. Blawd can seriously bake and alongside white chocolate and traditional raspberry jam options, Blawd and Common bring you a doughnut packed with salted caramel realness. I’ll take two.