“Salt & vinegar, darling? If I’ve not put enough on, there’s some on the side to add your own.”

Tracy opened The Corner Plaice on Hulme market exactly two years ago. She loves to feed the neighbourhood in “quality, not quantity and with a mild Caribbean twist,” she says over the reggae music in the background. “It’s sexy music to go with sexy food.” 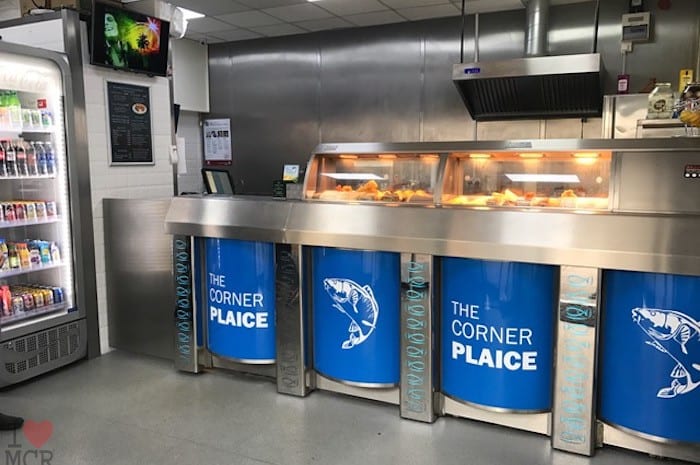 “Fish and chips is so very British. It’s an institution,” she says as she wraps up an order.

“I’ve introduced Irish curry to the area. Have you ever had it on your cod and chips? They love it round here.”

The fish batter is light and crackly while the fish itself is moist, flaky and full of flavour. The price tag is stellar and there’s plenty on the menu. Just don’t ask for whitebait. They’ve got bigger fish to fry – cod, mini cod, haddock, plaice (when in Rome), cod bites, fish cakes, salt and pepper squid and battered king prawns. 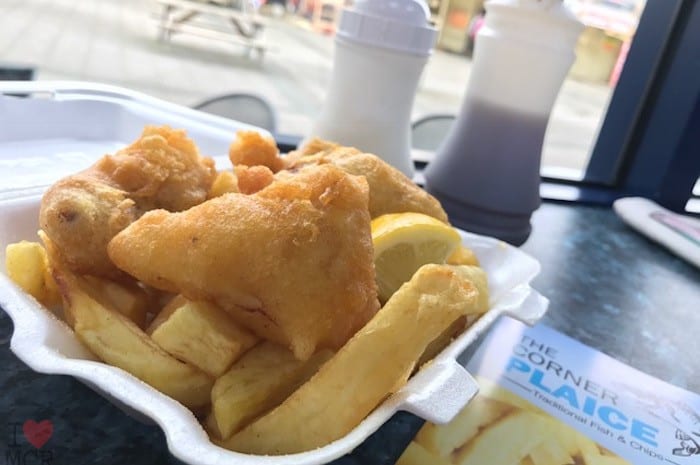 Their fish is delivered by suppliers who conform to sustainability guidelines, and they fry in 100% uncontaminated vegetable oil suitable for vegetarians. All produce is sourced from local farms and suppliers wherever possible.

Veggie? No problem. The Corner Plaice is one of the few chippies in Manchester to sell delights like mozzarella sticks, jalepeno flamers, veggie spring rolls, veggie sausages (all their chicken and sausages are Halal) and onion rings.