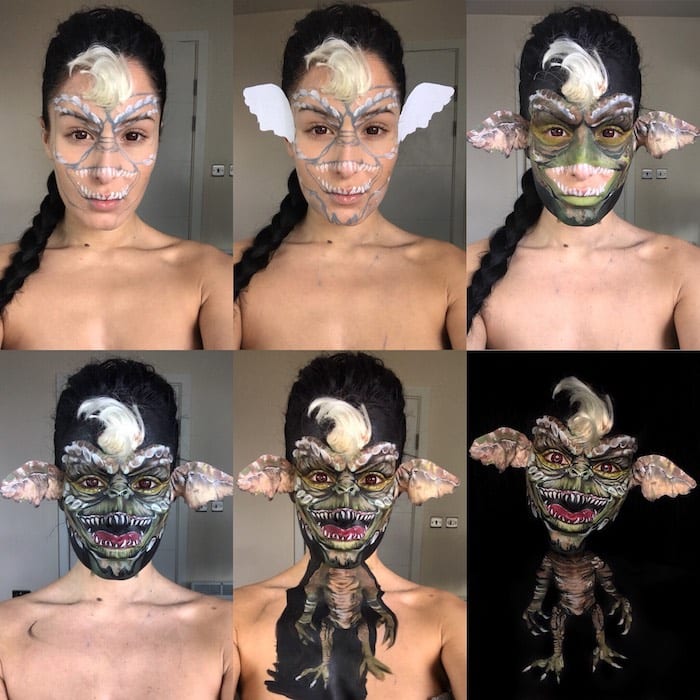 The 24-year-old can turn herself into ghouls, goblins, zombies and even a gruesome Freddie Krueger just with the magic of her make-up brushes – and the images and videos of her transformations regularly go viral on social media.

Incredibly, Samantha is entirely self-taught, after deciding to experiment with her make-up brushes for Halloween two years ago.

The art graduate had previously been working as a MAC make-up artist in Manchester but wanted to use her skills for more unusual makeovers.

Since then, Samantha has been nominated for international make-up awards and is now in demand to work her magic with some of the world’s biggest brands.

On Thursday, she will be sharing her Halloween make-up tips at a special masterclass at Selfridges on Exchange Square, when she will recreate her Black Swan makeover as well as how to create a “zip face” look which should prove popular for Halloween nights out. 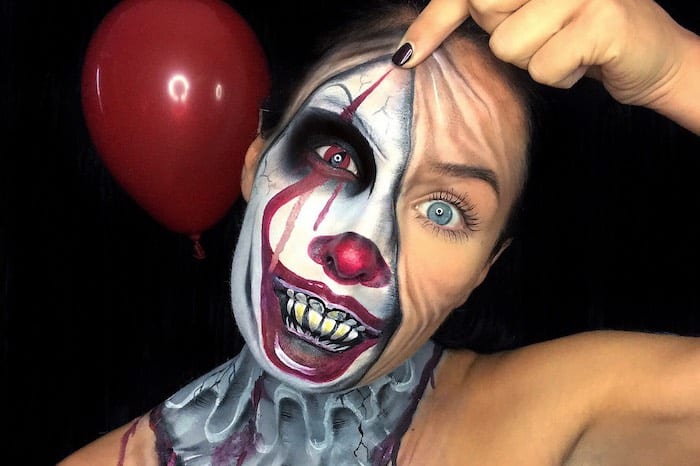 “Over the past two years my career has just gone a bit bonkers,” says Samantha.

“I was literally a case of being an art student with no clue what I wanted to do.  I was working as a MAC make-up artist, and just decided to start experimenting in paints.  I posted my first image on social media and it just went crazy – it gave me a complete life change.

“Everything has been social media driven – ever since I started doing the time lapse videos and showing step-by-step how to do the make-up, the interest has just exploded from really big brands up and down the country.”

Samantha’s favourite transformations include turning herself into Gollum and a gremlin as it shows how she uses her whole body as a stunning canvas for her art.

And she admits that when she created her eerily accurate version of Freddie Krueger from the Nightmare on Elm Street, it gave her poor flatmate a bit of a fright!

“Freddie Krueger was fun. In the video I peep around the door and scare my flatmate which was funny.  She loves it, but when her partner comes round now he always just checks to say ‘what are you going to be?’  It’s always fun.” 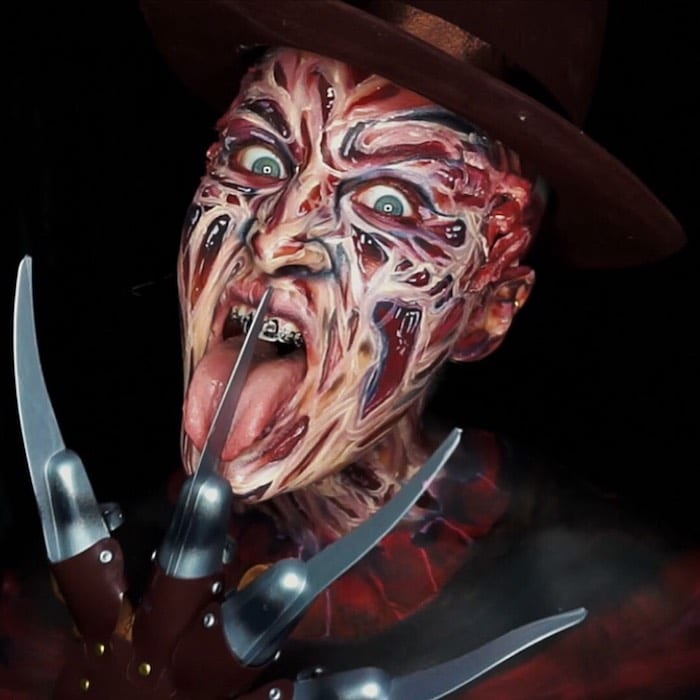 She takes inspiration from all around her for what crazy transformations she can do next.

“I see what’s happening and what’s on trend, so the Nun horror film came out recently and Venom, so I did a Ven-nun instead!  I like to see what’s out there and mash things up together,” she says. 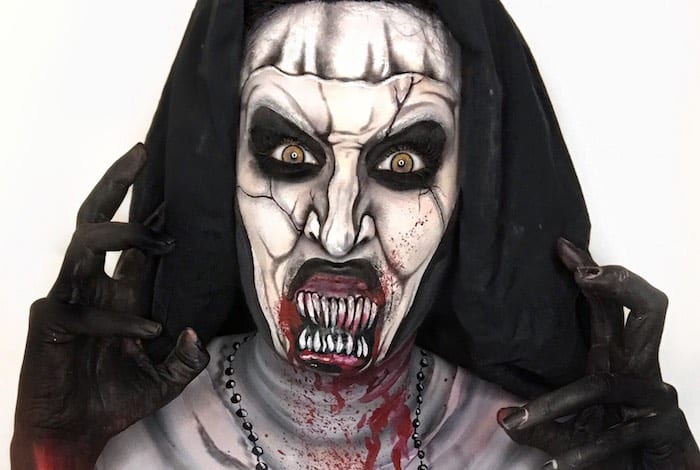 At Selfridges she will be sharing her tips and showing that a lot of her jaw-dropping looks can be achieved with what you already have at home in your make-up bag.

“I will be using beauty products rather than paint to show that it can be done,” she says.  “A lot of people get scared of Halloween make-up and think they’re going to have to go out and buy a lot of product, but these looks are achievable if you know how.” 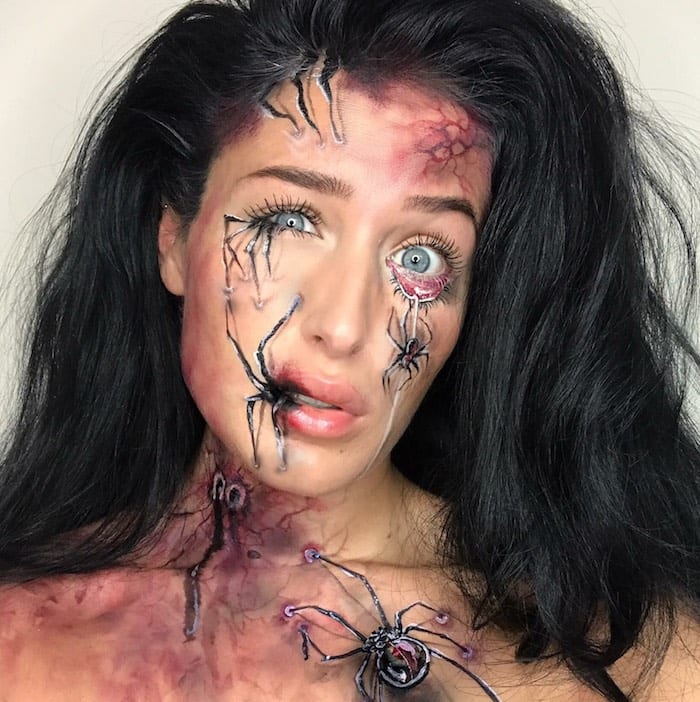 Samantha has been invited to America for her next big project, but she says Manchester will always remain her home.

She says: “Manchester is now a really big hub for make-up artists.  We’re really lucky that we’ve got so many big fun brands in Manchester who want creative make-up and that talent can flourish here.” 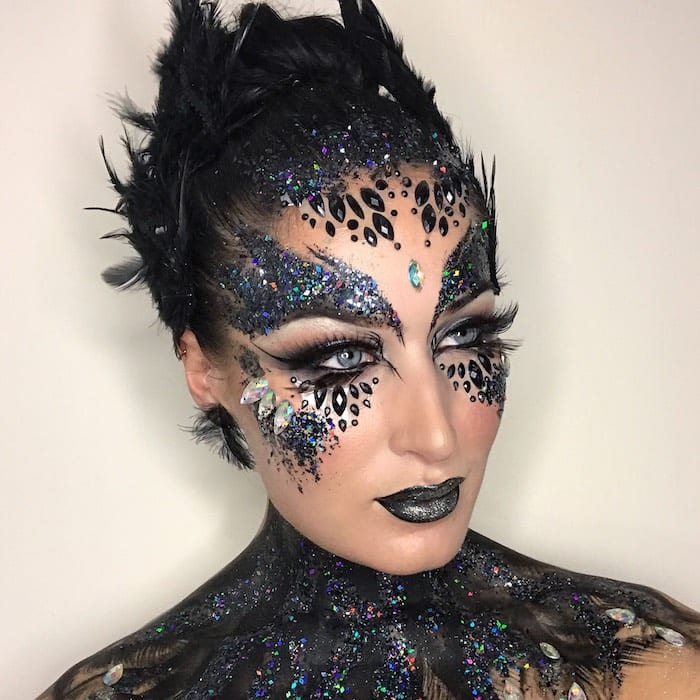 Tickets for Samantha Helen’s Halloween Beauty Masterclass on Thursday 25th October at Selfridges Exchange Square are £10, which is redeemable against purchases in the beauty department on the day.