What makes the perfect pie? We went to the British Pie Awards to find out

Everyone loves a pie. The average Brit eats a whopping 2,160 pies over their adult lifetime, according to a recent study – that’s 36 a year. It’s around £1 billion worth.

The survey, which tied in with British Pie Week, found that the nation’s favourite pie is the classic beef and ale, followed by apple pie, chicken and mushroom and steak and kidney. In Manchester and the north, we’re fans of the more traditional pies.

But what makes the perfect pie? We headed to The British Pie Awards to find out. 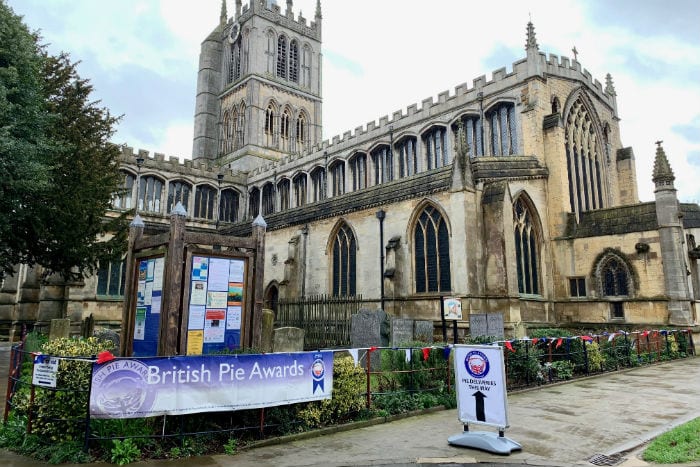 The awards were set up in Melton Mowbray in 2009 to honour the British pie, recognising the craft and skills of those that produce them whilst promoting British produce and regional specialities.

For the purposes of the awards, a pie is deemed to be a filling wholly encased in pastry and baked, so potato toppings such as cottage pies are not permitted. Nor are lattice tops. There are certainly no casseroles with lids here.

A total of 886 pies were entered in 23 categories from 176 producers this year – one of the highest number of producers yet. 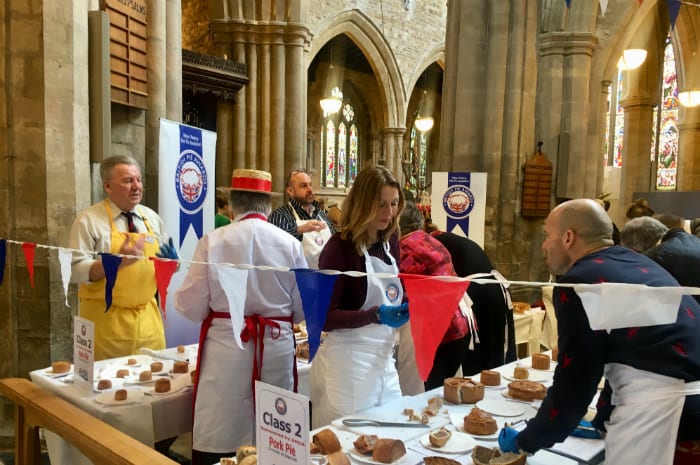 “Over the past 11 years we’ve judged over 8,000 pies, with the help of around 150 pie connoisseurs and culinary experts,” said Matthew O’Callaghan, chairman of the Melton Mowbray Pork Pie Association and host of the British Pie Awards.

Tasting pies all day sounds like a fun job – but what’s it like to be a judge at the awards? For the fourth year running, I went along to do just that.

The categories cover all sorts of pies, from pub pies to speciality game or steak and kidney – not forgetting the traditional Melton Mowbray pork pie, of course.

I was assigned the gluten-free pie category, which included 40 pies with fillings ranging from steak and Stilton to roast vegetable, and chilli beef burrito to bramley apple. Both the pastry and the filling had to be gluten-free or very low gluten. 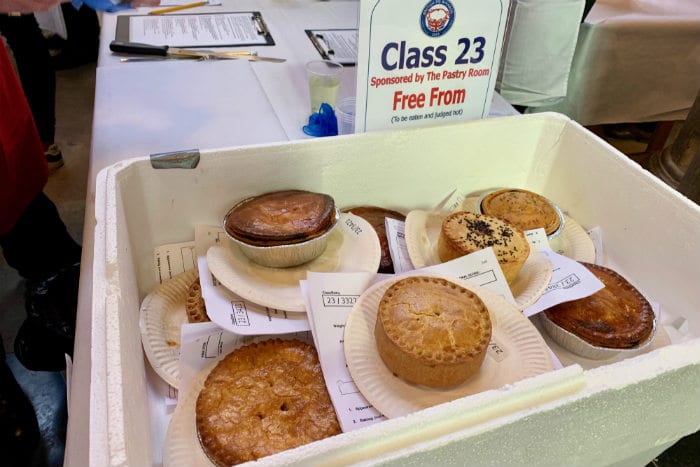 Judging is performed in pairs and is a serious business. Each pie is cut in half and examined before being tasted, and points are then deducted across six criteria:

If judging is taken seriously, that’s partly because pies are such an important part of the country’s culinary scene – and very much so in the north. 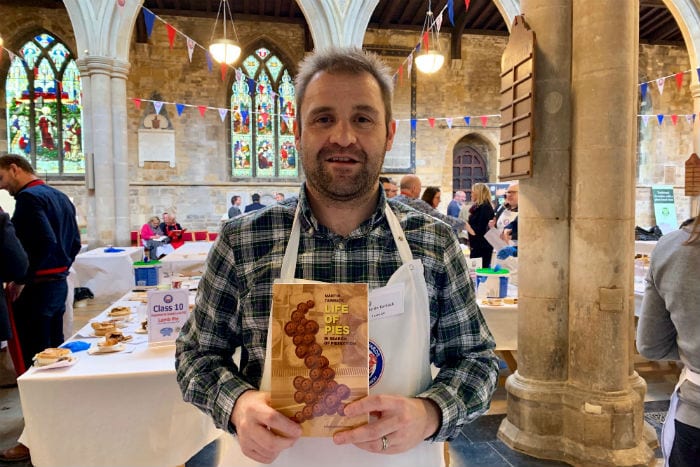 Martin Tarbuck, a fellow judge at the awards and the author of Life of Pies: In Search of Piefection, believes you can’t beat a simple northern pie.

“I grew up in Wigan, and was involved in a football fanzine,” says Martin when I asked him how his love of pies came about.

“We used to do match reports – but it became a case of it doesn’t matter what the match was like, what were the pies like? We gave the players a rating, and the pies a rating too.

“I started to compile a hit list of the pies I wanted to try, and before I knew it I was writing a book.”

Martin would get up in the early hours every weekend to travel across the country to try pies from Scotland to Cornwall. 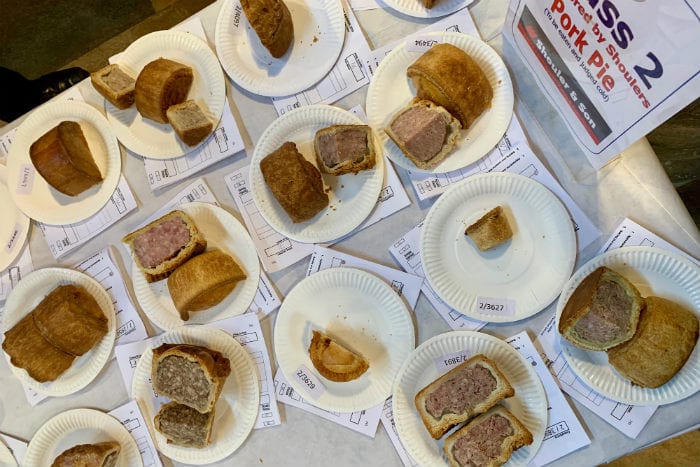 Did he try any unusual pies during his research? And what was his favourite?

“Plenty of unusual ones. Rabbit pie, horse pie, squirrel pie…” he says. “The best pie I had was in Barrow, though. On every street corner there’s a traditional pie shop. It was like recapturing my youth. 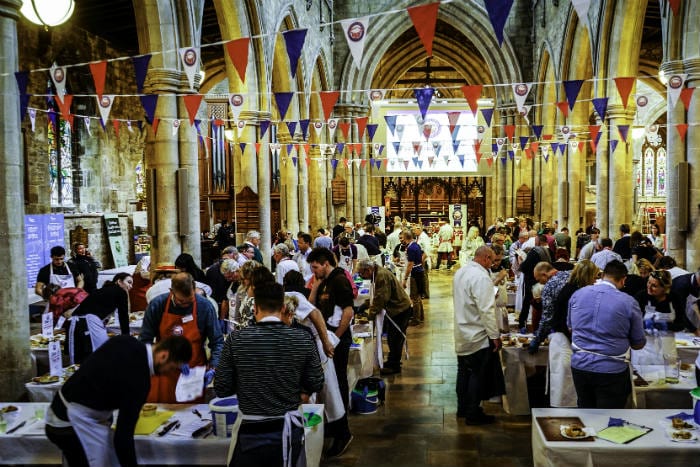 Another fellow judge Neil Broomfield, whose Great North Pie Company has received numerous national accolades including the Supreme Champion of the British Pie Awards a couple of year back, agrees about keeping things simple.

What does he think makes the perfect pie?

“I think the pastry – butter is always best for me, and I prefer it really thin and crisp so its not too heavy,” he says. 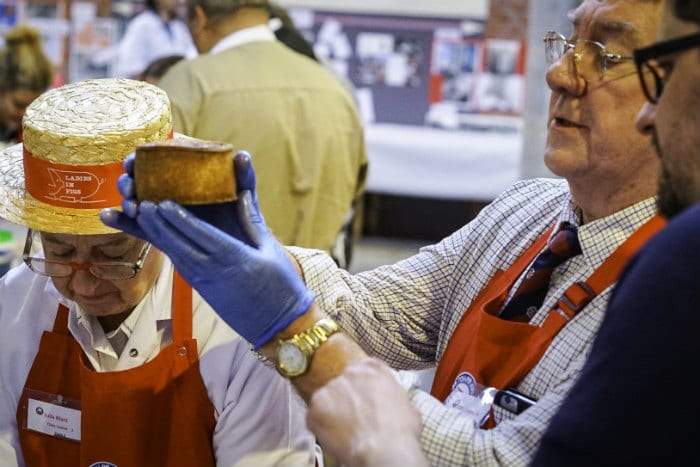 And as for the British Pie Awards, the best pies in the country will be announced on 8th March at an awards ceremony in Melton Mowbray.

Or could a vegan pie or a fish and chip shop pie – new categories for this year – triumph?

All eyes are on the prize. Or in this case, the pies.

Review: Hairspray is eternally relevant – and spectacular to behold