This is the place: Walkden is now one of the most sought-after suburbs in the UK 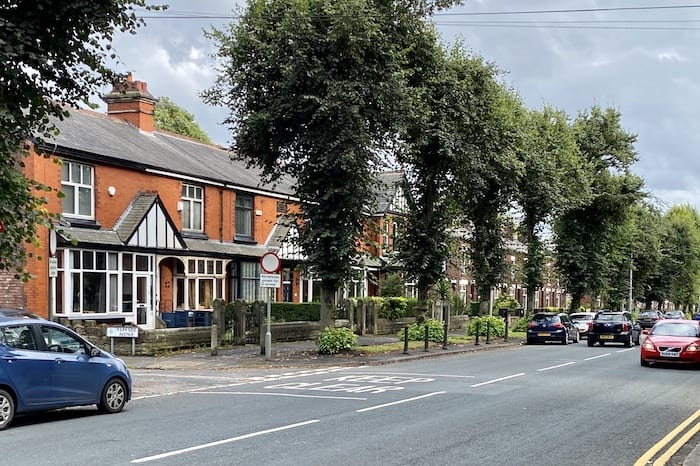 The area now known as Walkden is historically part of the township of Worsley in the City of Salford, part of the manor owned by Francis Egerton, 3rd Duke of Bridgewater.

Although it’s closer to Bolton than Manchester, Walkden was a hive for coal and textiles transported to Manchester via the Bridgewater Canal in the Georgian era. So you’d have been forgiven for thinking of Walkden as the dirty old town next to Worsley village.

Today, according to recent data from Countrywide, the UK’s largest property group, Walkden (and Worsley) is now among the top 20 most sought after places to live in the UK, with a 200% increase in the number of first-time buyers snapping up properties in the area since July 2019. So why, Walkden?

“I’ve grown up in Walkden and lived here all my life,” says Jamie “Moorsey” Moore, who will soon be opening a youth amateur boxing club in the Ellesmere shopping centre. “It’s a great little place to live, with a real sense of community. It has some lovely little restaurants and local businesses, and the property market here at the moment is excellent.”

Another proud local is James “Shinny” Davenport, who kindly accompanied me on a walk around Walkden and seemingly can’t walk 100 yards without being recognised thanks to his high profile on social media. 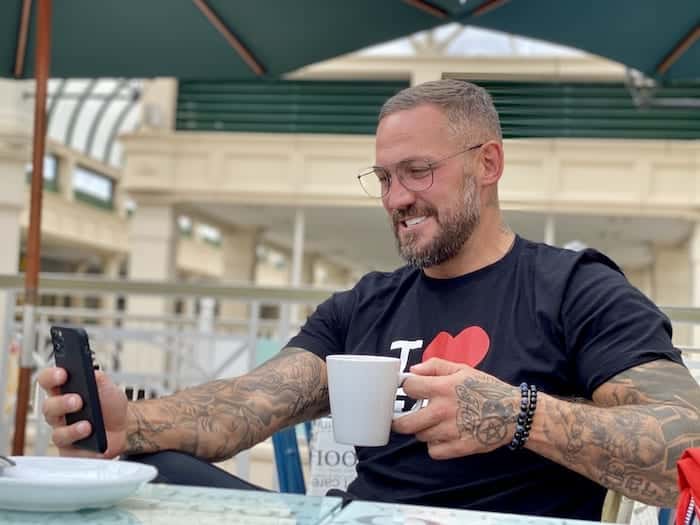 “The people are great, and there is a sense of togetherness up here,” says Shinny, who moved to Walkden from Salford Precinct about 17 years ago.

“I can definitely see a civic pride in Walkden people, especially now it’s growing – with the shops and restaurants. It really does remind me of the old [Salford] precinct.”

The community in Walkden 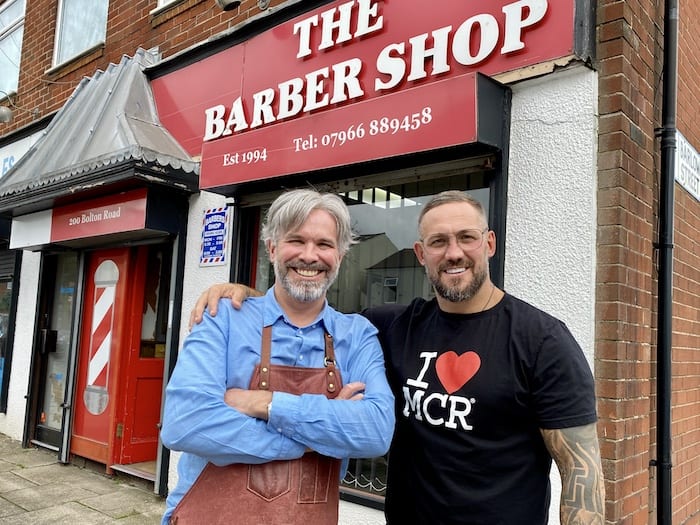 “Community is strong around here,” says Shinny, “and that’s coming from someone who’s lived both sides of Salford.” 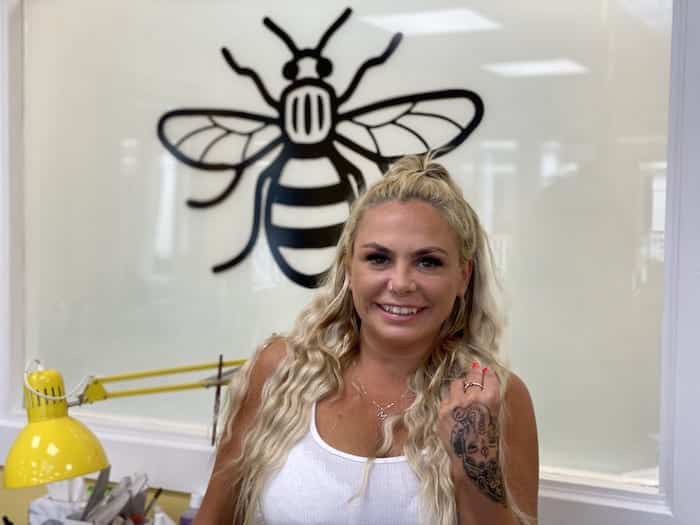 “I’ve lived in Walkden all my life,” says Lindsey. “My dad used to bring home two massive Irish pizzas from Davardi’s, one for us kids to share between four and one for himself.

“Nobody’s a stranger. Everybody’s close-knit and close to your heart. Everybody knows everybody. The kids can’t get away with anything around here – they’ll get grassed on.” 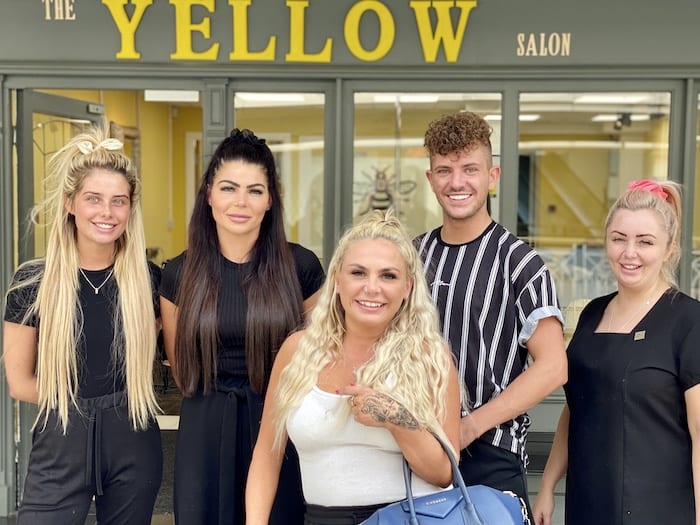 Walkden Cricket Club was founded in 1899 and is a founding member of the Bolton Cricket League.

The club also provides a safe environment for young people of all ages, helping them develop their cricket and social skills. As a proper community space, the club’s function room has hosted many wedding and birthday parties over the years.

At the start of lockdown in March, a coronavirus support group called Step Into Action volunteered to pick up prescriptions, walk dogs, deliver shopping or provide a friendly chat on the phone for people who were shielding in Walkden. Since then, it has continued to provide that help, opening its first community shop in Walkden and delivering food parcels across the town. 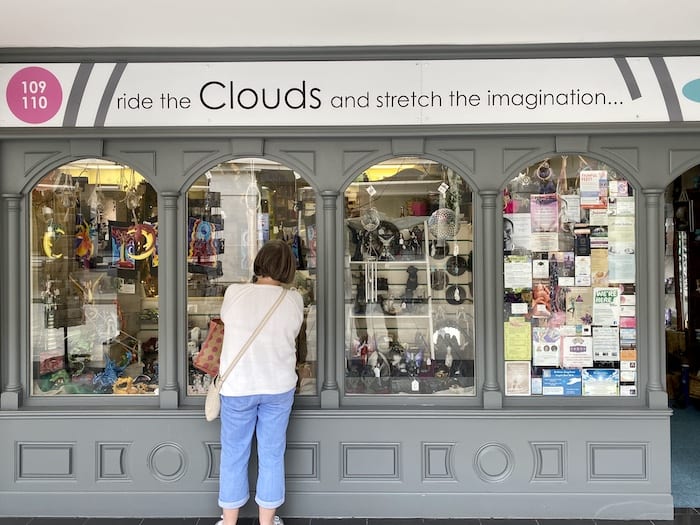 “Walkden has a strong sense of loyalty and local community spirit,” says Becky Lees, whose parents opened Clouds Fragrances and Gifts in the Ellesmere Centre over 20 years ago selling smellies and incense sticks.

The Dispensary is a zero-waste shop selling eco-friendly and sustainable household products from bamboo toothbrushes and cutlery to eco hand soap and washing up liquid. And because all liquids and lotions are refillable, it’s not just eco-conscious – it’s also a more affordable way to shop. 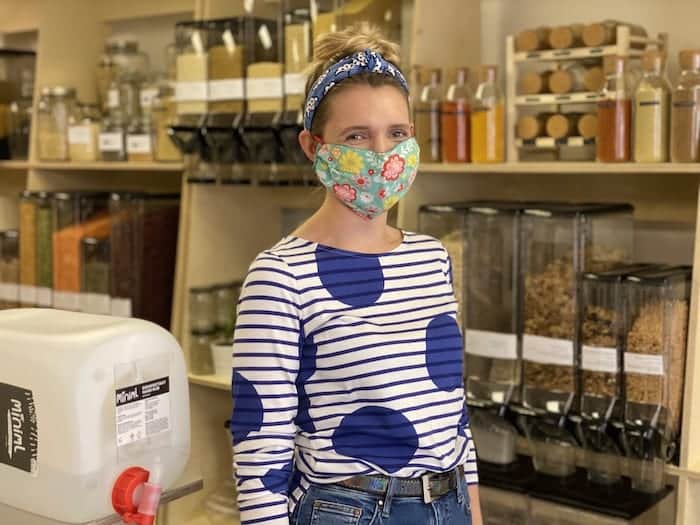 “We launched The Dispensary Salford as we were fed up of having no access to zero waste stores in Salford,” says owner and part-time primary school teacher Fay Watt. “We respect the Earth ‘just as much as people from Chorlton and Didsbury.”

Walkden isn’t just home to the biggest Tesco in Europe but the biggest supermarket in Britain. With over 185 square feet of floor space, it’s the size of about four full-size football pitches. Other food shops include Aldi and M&S, so there’s something for everyone’s budget. 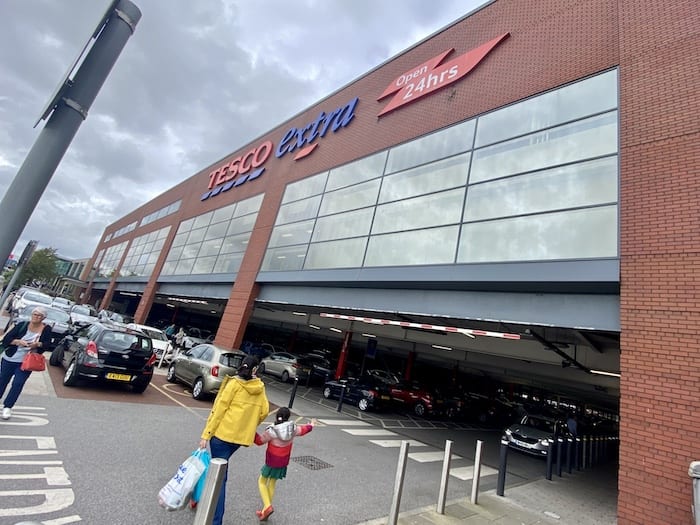 Walkden town centre also has an indoor market, JD Sports, Boots, Quality Save, a pet shop, a home store and a B&M Bargains.

Pubs and restaurants in Walkden 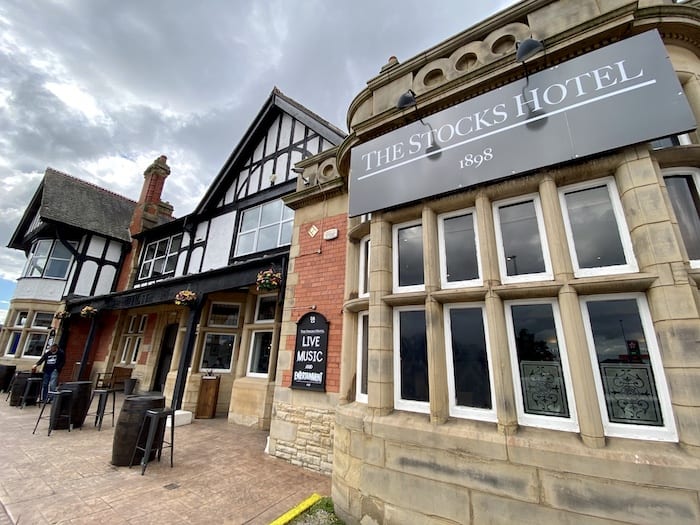 “The locals make our pub,” says landlord Danny Howell. “Without them, we’d lose our community spirit and identity.”

Danny’s team took over the pub about a year ago. As a result of introducing more draught beer such as Moretti, more spirits such as Salford Rum, and digital entertainment such as jukeboxes and TVs, he’s already quadrupled the turnover from the previous ownership. 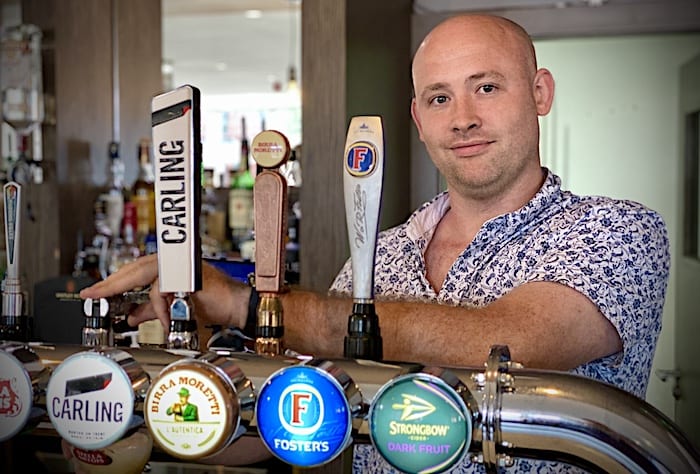 “I’m really proud to be running one of the leading pubs in the heart of Walkden,” he says. “Our town is becoming more and more popular, and I cant wait to see what the future has in store for Walken and our pub.”

The Stocks doesn’t serve food, but just across the way, at the crossroads of Manchester and Bolton Road, you’ll find a decent-sized Wetherspoons pub, The Bulls Head serving the usual value food daily and there’s a huge beer garden at the back.

Lowry’s Coffee Shop is a no-nonsense cafe in the Ellesmere Centre that has been open for more than 20 years.

“We have a strong regular customer base here,” says Albanian chef Agron Gashi, who took over the cafe about four years ago. “Without them, we wouldn’t survive – especially after the lockdown. I’d like to see more shops opening on this side [of the retail park] to get more customers in. The unit rent is cheap enough [£14k per annum]. I’d like to see some new clothes shops.” 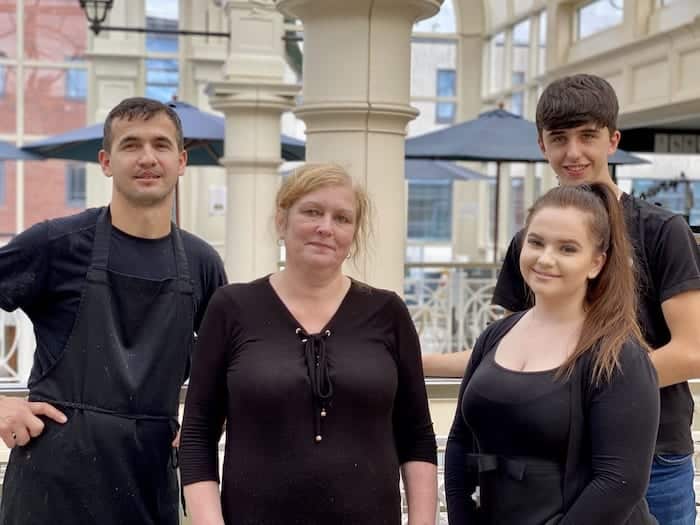 Walkden isn’t exactly known as a centre of gastronomic excellence – especially since Grenache restaurant closed about five years ago. Still, it is home to one of the best modern Indian restaurants in Greater Manchester and one of the region’s original pizzerias. So considering the country’s love affair with curry and pizza, you’re in a good place.

Purple Lounge opened in Ellesmere Retail Park about two years ago, serving both classic and contemporary Indian cuisine and concentrating on a healthy approach to cooking.

The uber-purple chandelier-studded venue sandwiched between Papa Johns and Barnardos serves up carefully cooked house specials such as the Purple Lounge Grill and Chilli Massala in a pretty pristine setting. Dine in the restaurant or take away to eat at home.

Don’t worry if curry isn’t your bag. Walkden is home to a pretty special Italian pizzeria, too. Family-run Davardi’s Pizza Bar has been a Walkden institution for about 50 years and was responsible for introducing pizza to the region in the early 70s. 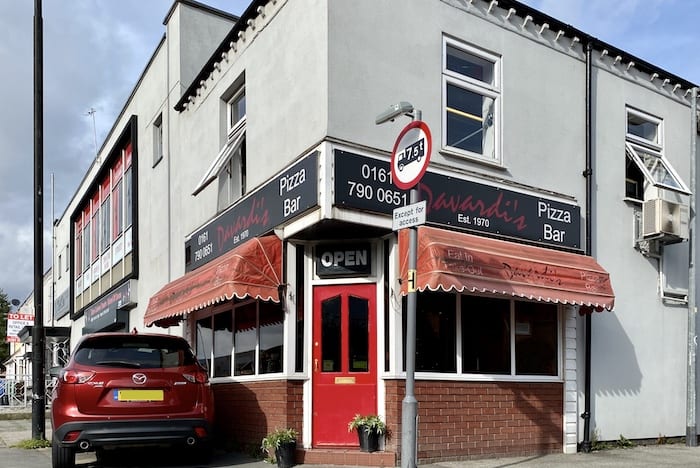 So if you’re looking for perfectly cooked garlic pizza, pasta or garlic pizza bread, look no further than Bolton Road. In fact, Davardi’s is so popular; they opened a second restaurant in nearby Monton village so that you can grab a slice of the action there, too. 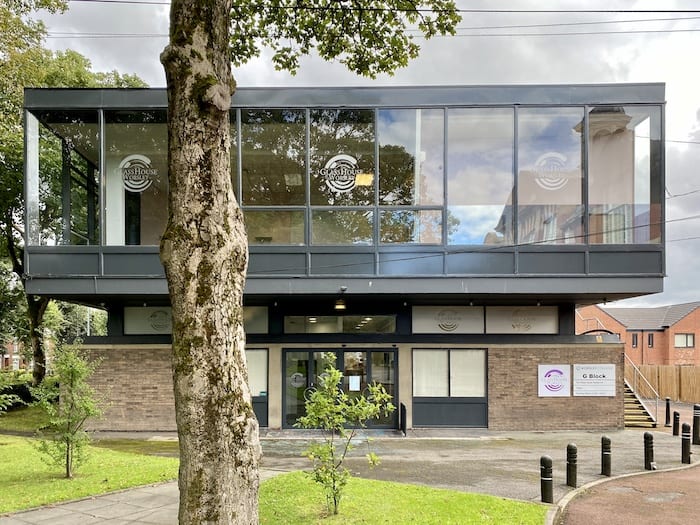 The newish restaurant is contemporary and light, which is where the inspiration for its name came from. You can watch students in action in the kitchen through the large viewing window in the restaurant and try fine dishes prepared from locally-produced, seasonal ingredients like halibut fillets larded with smoked salmon, served with candied lemon, braised vegetables and smoked horseradish veloute and palet d’Or with chocolate and hazelnut ice cream and passion fruit cream to old-time favourites like a lemon tart with honeycomb biscuits or a simple but perfectly cooked sirloin steak. 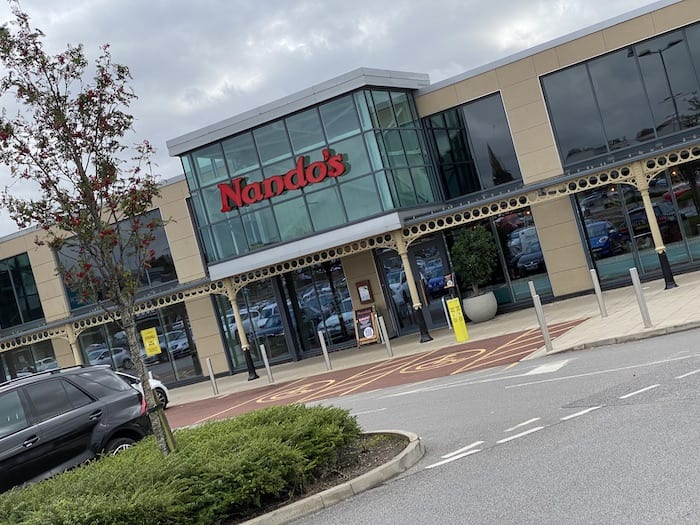 A train from Walkden station to Manchester city centre (Victoria Station) takes less than 20 minutes. A free park and ride facility is expected to be up and running at Walkden station within 12 months.

Leigh Guided Busway has recently been added to the existing rail and road links.

Parks and leisure in Walkden 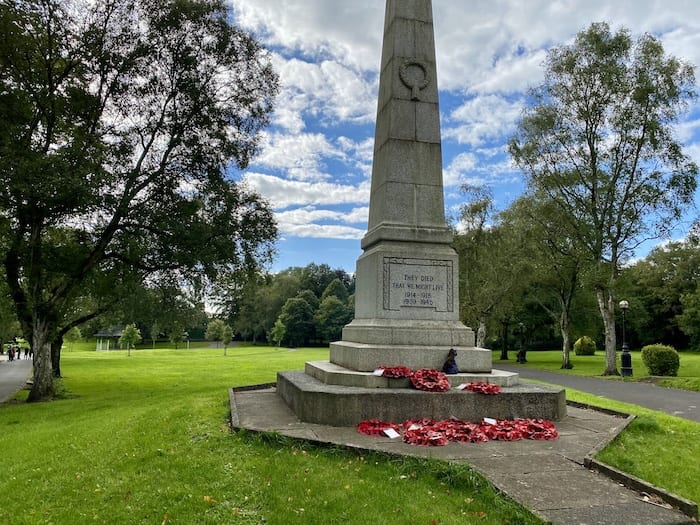 Parr Fold Park is a landscaped garden of mature trees and public lawns about 200 yards from Walkden Station, especially popular with dog walkers in the morning and evening. The formal rock gardens are no longer maintained, but the beautiful woodland and flower beds make the park a real oasis in the suburbs. The park also houses a war memorial, a pitch and putt course, a children’s play area, tennis courts, a bandstand, bowling green and a skate park. 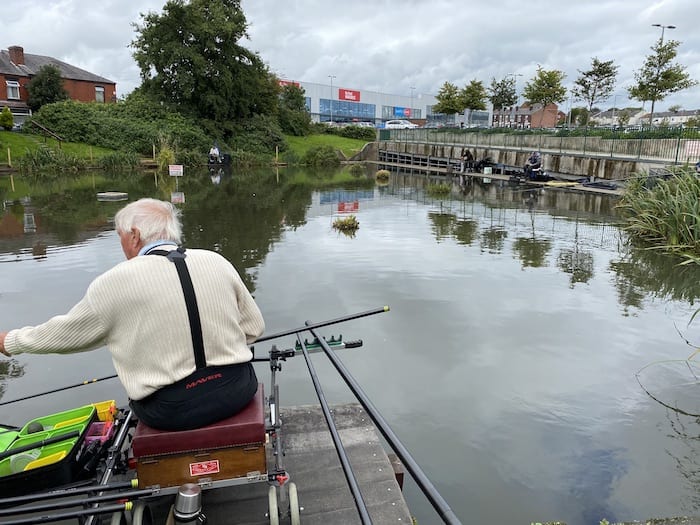 Blackleach Country Park is an area of reclaimed industrial land landscaped with paths and planting around a reservoir in 1992. The park is often staffed by volunteer wardens who arrange various activities to help visitors appreciate and enjoy the wildlife and plants found there. Blackleach is also connected to the Salford Loop Line network of cycleways and gives footpaths access to Linnyshaw Moss.

Total Fitness is a health and fitness club in Walkden with three pools, including a hydro-pool, heat treatment areas including a sauna and steam room, a huge gym floor and a healthy cafe. A spokesperson said: “We have 17 clubs across the country, but we’re extremely proud of our Northern roots. You can try for free, and there’s no joining fee if you join before 14th September.” 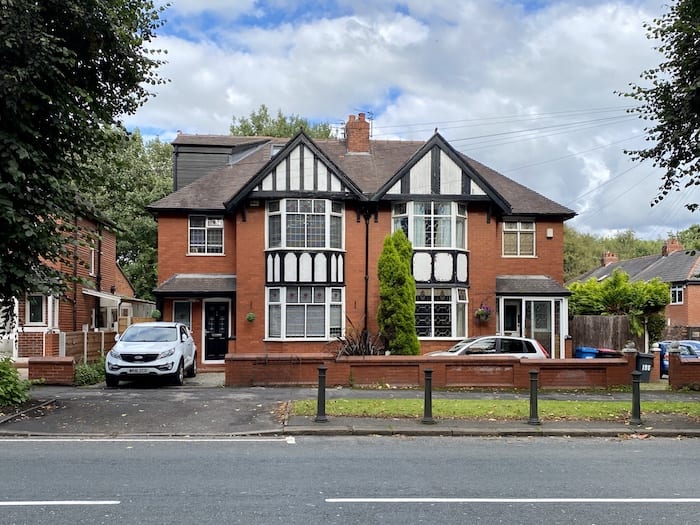 As well as decent transport links, buyers are also attracted to Walkden because of its proximity to leafy Worsley village, but prices are much more affordable. You can pay Walkden prices and still have a Worsley address.

A three-bed semi-detached house in Walkden can be bought for less than £250k, which would only get you a two-bed terrace or apartment in Worsley village. 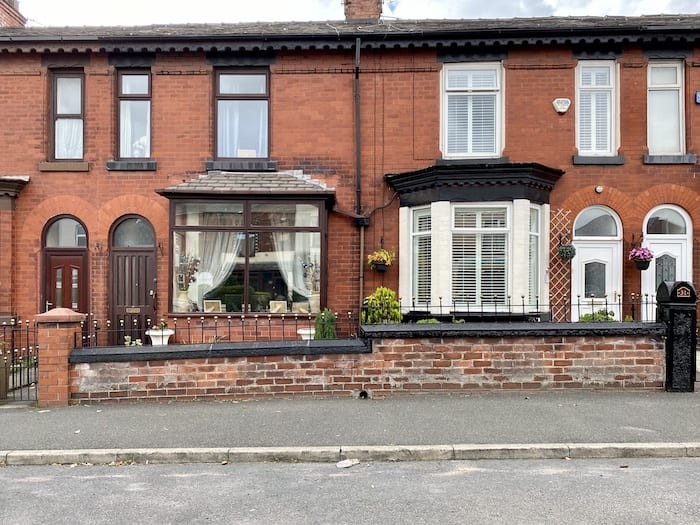 “I bought a terrace house in Walkden about 20 years ago for around £40k and sold it a few years later at a profit,” says Andy Baldwin, who has run The Barber Shop on Bolton Road since 1994.

“The same house went this year for £170k and sold within a day”.