This is the place: Worsley is a little piece of Cheshire in Salford 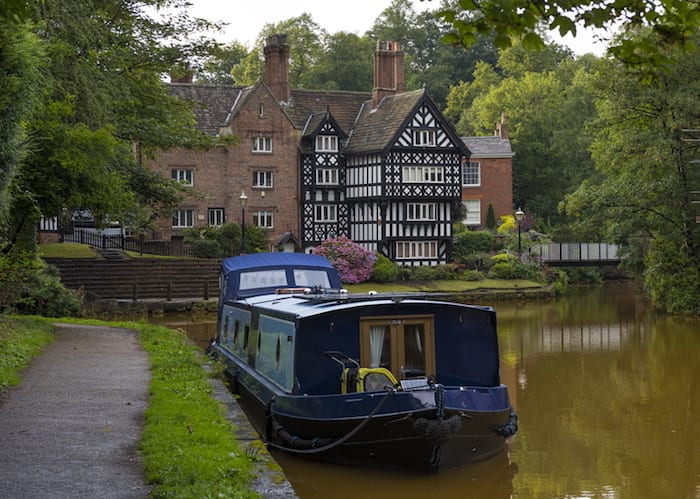 The leafy suburb of Worsley is on the edge of Salford, sandwiched between the industrial layers of Swinton, Walkden, Eccles and Boothstown. An affluent and picturesque little village, Worsley is known for its scenic walks along the historic Bridgewater Canal and magpie style houses.

Locals know it as ‘Salford with trees’. But it’s so much more than that. 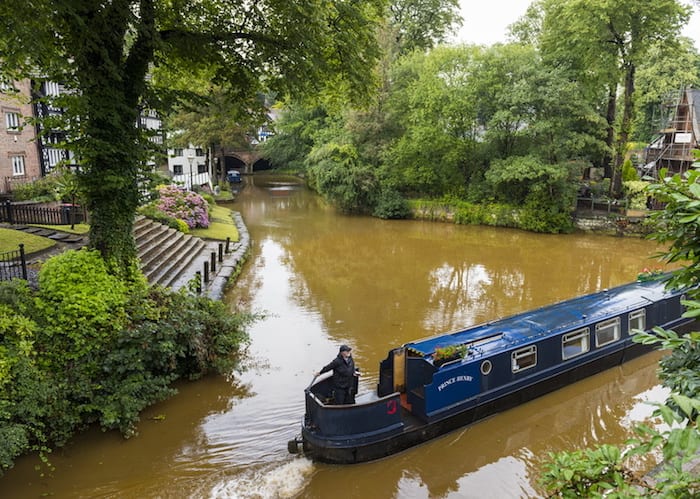 You could be forgiven for comparing pretty green Worsley with Cheshire. A long line of famous Cheshire families, including the Masseys of Tatton, the Breretons of Malpas and the Egertons, held the Worsley lands for centuries.

In the 18th century, The Bridgewater Canal, known locally as ‘the orange water canal’, was commissioned by Francis Egerton, Duke of Bridgewater, to transport coal from his mines in Boothstown and Worsley to Manchester. 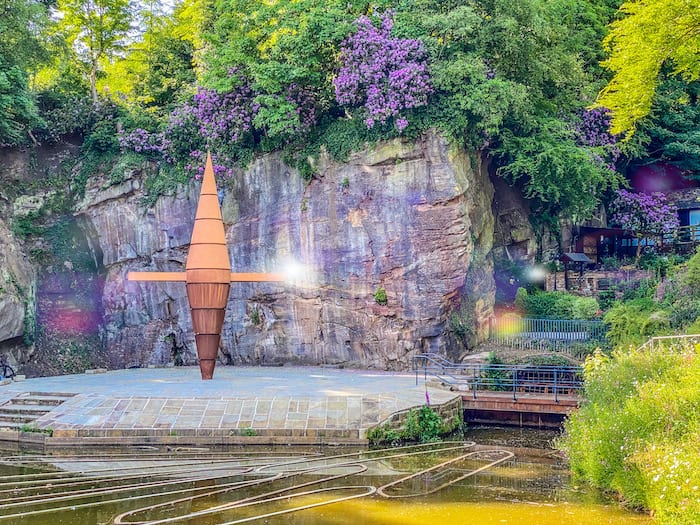 Starting at Worsley Delph were 46 miles of underground canals linking the coal mines to the north with the Bridgewater Canal. Coal was transported directly from the workings in special types M-Boats.

In 1885, the Manchester Ship Canal Company bought the canal, enabling coal to reach the city centre and kickstarting the Industrial Revolution.

Worsley became home to mills and tradespeople using the 50-mile network of underground canals and was redesigned by the Victorians in the 19th century. They cannily replaced a work yard with a pretty green space and built huge black and white mock-Tudor properties. 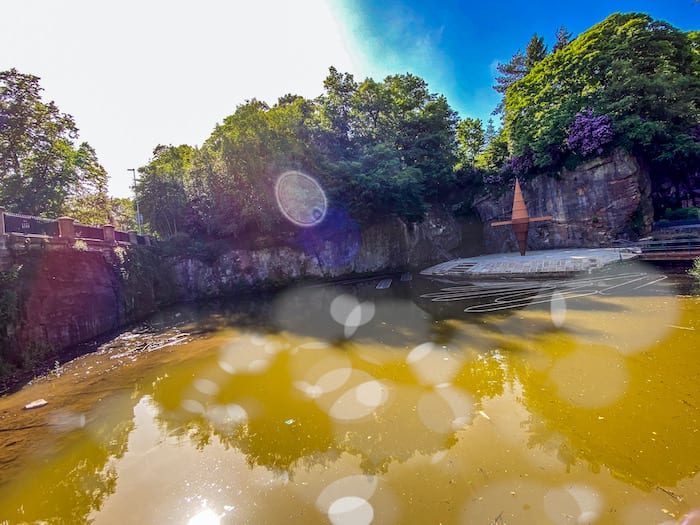 Since then, Worsley has evolved from being an important place in the origins of the Industrial Revolution to a gentrified suburban village in demand by celebrities and professionals looking for a slice of rural living near the city centre.

Once home to Manchester United class of 92 legends Ryan Giggs and David Beckham, Worsley was the setting for the Beckhams’ well-publicised romance. 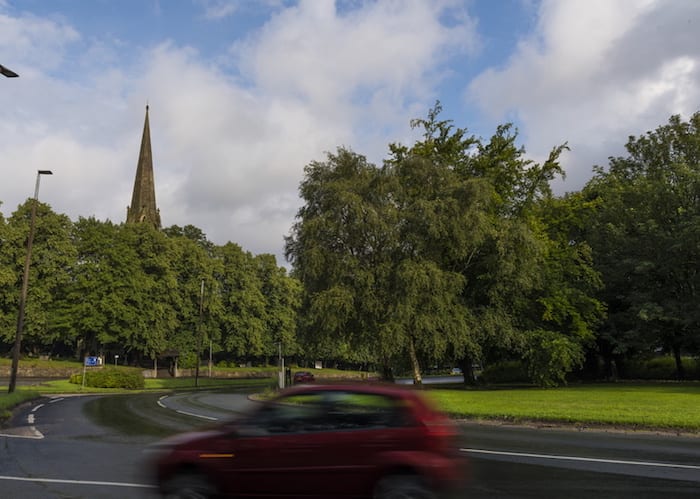 Probably the area’s only drawback is transport. On a clear run in the car, you’re only 20 minutes away from Manchester city centre, and the M60 motorway intersects the village. However, at peak times, traffic is gridlocked every day. You can jump on the number 33 bus to town, but it goes around the houses. There’s no tram link, and the nearest train station is Walkden. And to add insult to injury, there’s a disused railway towards Eccles. On the plus side, Manchester Airport is less than 30 minutes away.

Worsley is within underarm throwing distance of The Trafford Centre. Well almost. Just five minutes down the M60, The Trafford Centre is one of the largest shopping centres in the country with loads of shops, restaurants and things to do with the kids, miles of magnificent brass and marble, ‘real’ palm trees and the biggest food court in the whole of Europe.

Most pubs in Worsley are dog friendly, making pit stops on a canalside walk with your four-legged friends a refreshing breeze. 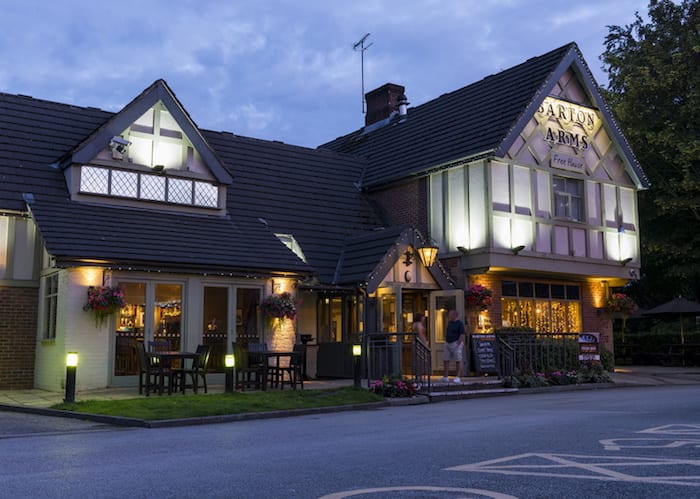 There’s plenty of free parking space at The Barton Arms, a gastropub majoring in a set price buffet. However, the family food offering doesn’t mean the bar area isn’t filled with guests sipping on Black Sheep bitter and ladies who lunch and pre-drink before heading into town. There’s bottles of fizz from £10 on Fridays and Saturdays and a ‘smartphone quiz’ on Sundays. 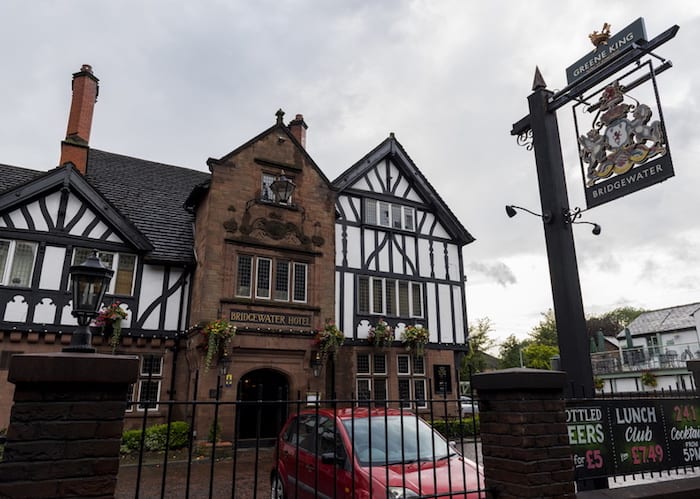 The Bridgewater Hotel is a large pub in the centre of Worsley village overlooking the Bridgewater Canal. It was refurbished in early 2018, making the bar shorter and creating more seating. There are a number of separate areas and alcoves, including a pool table and a raised seating area with TV screens to watch the footy. 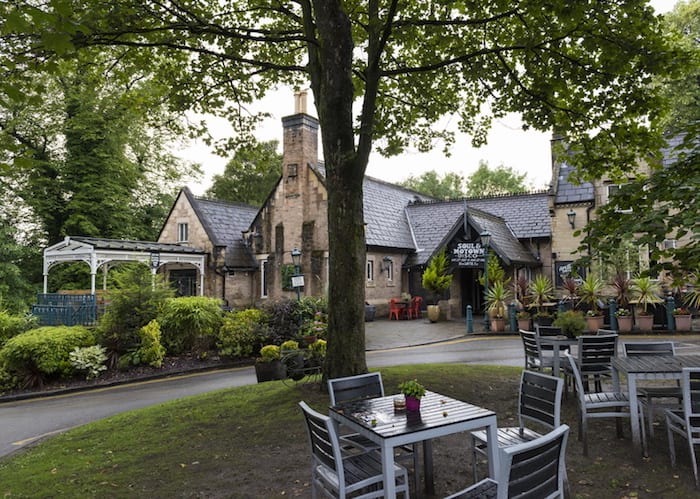 Named after the principal engineer of the Bridgewater Canal, the John Gilbert is the most popular pub in Worsley. A refurbishment in 2015 saw the interior change from barrels, nooks and crannies to a bright open-plan space. The range of beverages doubled in size and includes a huge range of cask beers, gins and cocktails. They promise a perfect G&T or they’ll replace it for free. 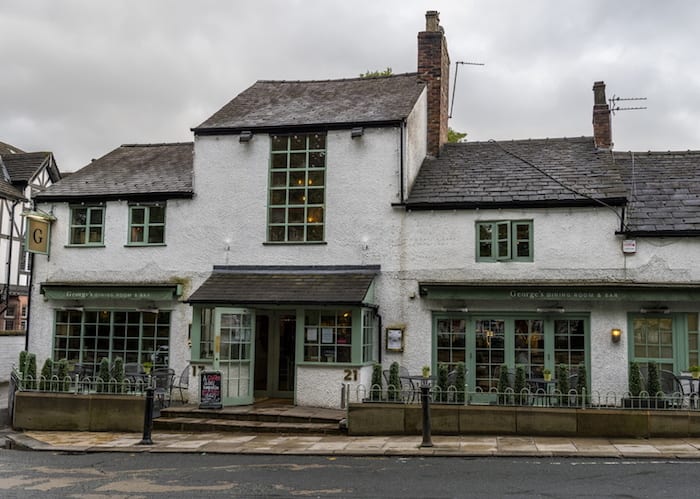 Located in the heart of Worsley and co-owned by school friends Ryan Giggs, Kelvin Gregory and Bernie Taylor, George’s Dining Room & Bar boasts modern British cuisine in a bright and comfortable space. Of course, a Sunday roast accompanied by live music is a must. The venue also boasts a balcony terrace where, if you’re lucky, you can sit, eat and drink overlooking the Bridgewater Canal. Even better, the bar serves I Love MCR Strawberry Jam Gin. 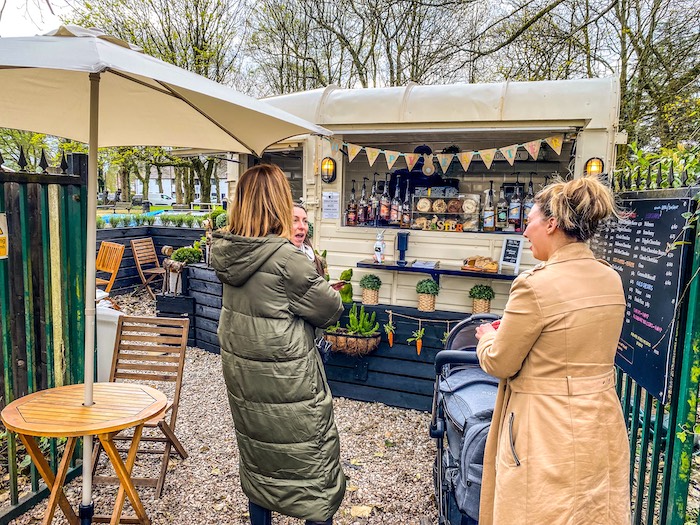 The Horse Box coffee shop is an independent family business accessible from Worsley Green and The Bridgewater Canal. Owner Nafi Bak moved to Greater Manchester via London “about four years ago” and lives in the nearby dock house in the Worsley boatyard. Him and his wife opened The Horse Box back in April 2021 after noticing a gap in the local market. “My wife and I just realised there’s nowhere to grab a coffee on the go in the area – apart from a pop up trailer at the weekends – and we would watch groups of people walk by along the popular canal path, without a place for refreshment.” 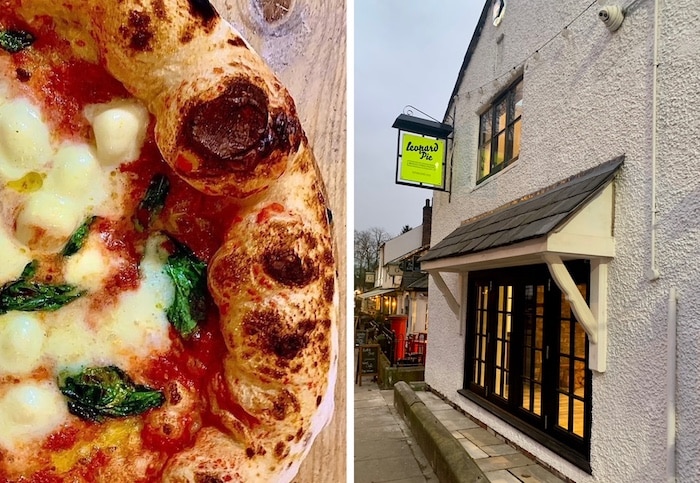 Currently the hottest takeaway in town and famous for its authentic Neapolitan style pizzas, Leopard Pie on Barton Road will very soon be home to a 50-seater restaurant. Toppings are the highest quality, from Italy – organic Italian tomato sauce, fior di latte mozzarella and meats such as Calabrese salami, in-house sliced prosciutto and Tuscan sausage. Pizzas are cooked in the hot wood fired oven (at 550-600 degrees) for just 60 seconds, giving a lovely texture and a good chew. 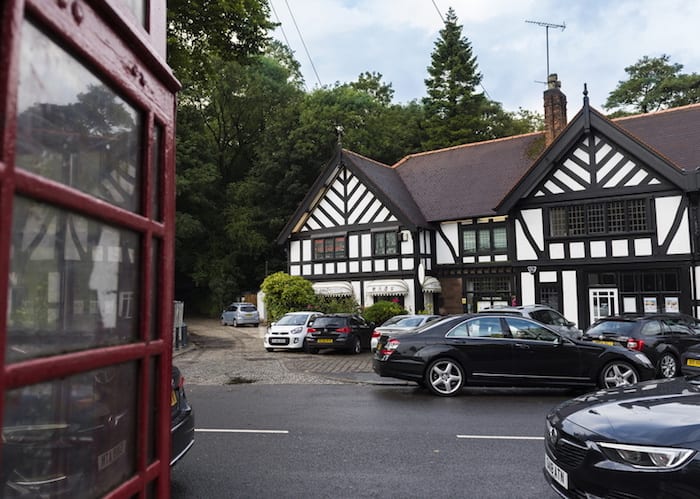 Tung Fong is a popular Chinese restaurant that occupies a Grade 2 listed black and white building next to the Worsley Delph, where coal-carrying barges emerged from the Duke of Bridgewater’s mines, and opposite Worsley Court House. Founded by Hong Kong chef Tony Ng in the late 80s, it serves authentic Asian cooking on round tables with centre rotating plates. 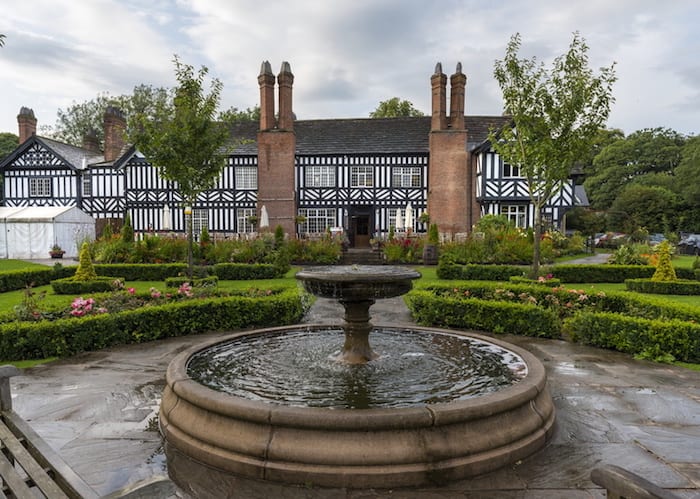 Worsley Old Hall is a Grade II listed country house pub with huge surrounding gardens, which was once home to the Dukes of Bridgewater. A huge curved bar adorns the heart of the building, with lots of nooks and crannies, open fires for the cosy winter months, and it’s super dog friendly – just not in the event spaces. 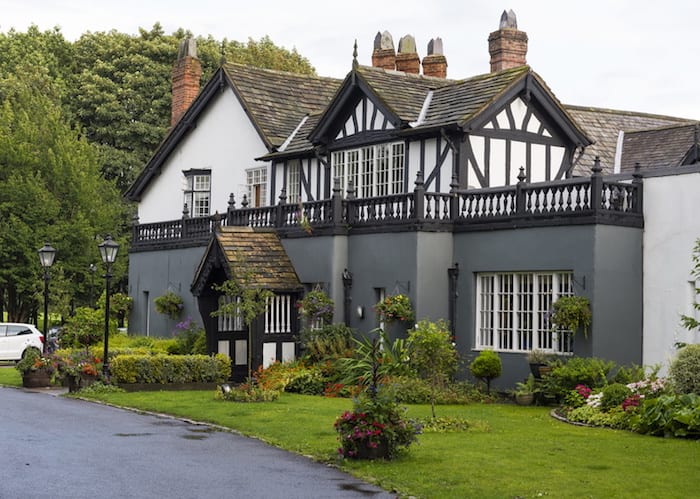 Occupying around 85 acres of beautiful woodland in the heart of Worsley, Worsley Woods comes as a real surprise, given its proximity to the busy motorway network. You’ll find a babbling brook, sculptures, a wild flower trail and a magnificent mock-Tudor house called The Aviary.

Founded in 1894 and redesigned in the 1930s by the legendary James Braid, Worsley Golf Club is just six miles west of Manchester amongst some of the most beautiful and scenic parkland in the region. 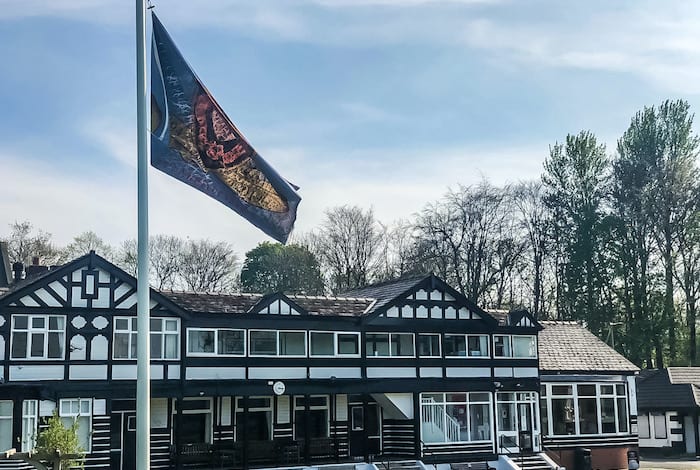 The course is characterised by gently rolling fairways lined with an attractive blend of mature trees. A team of professional greenkeepers ensure the course is always presented in immaculate condition.

There aren’t many schools to choose from in Worsley itself. Mesne Lea Primary and St Mark’s Primary are both highly sought after. For secondary schools, the nearest is Moorside High and Walkden High. There is also the private Bridgewater School on Worsley Road. 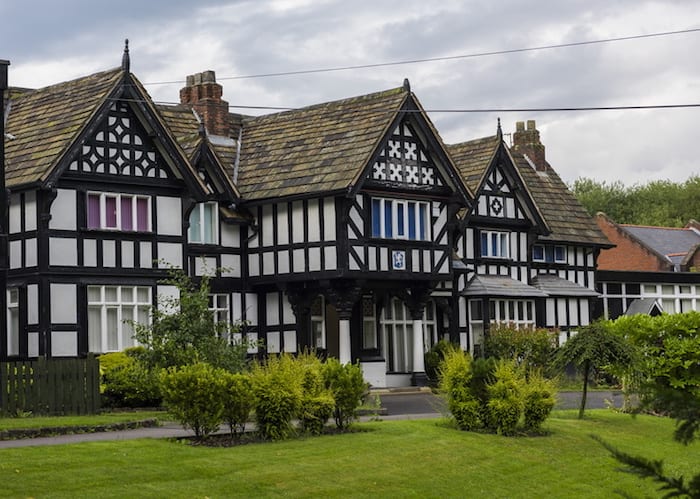 Although slightly less expensive than Cheshire, Worsley is by far the most affluent part of Salford. You don’t necessarily need a wallet like Becks to buy here, but house prices are almost double the price of neighbouring Walkden and Swinton, so that first-time buyers might struggle. 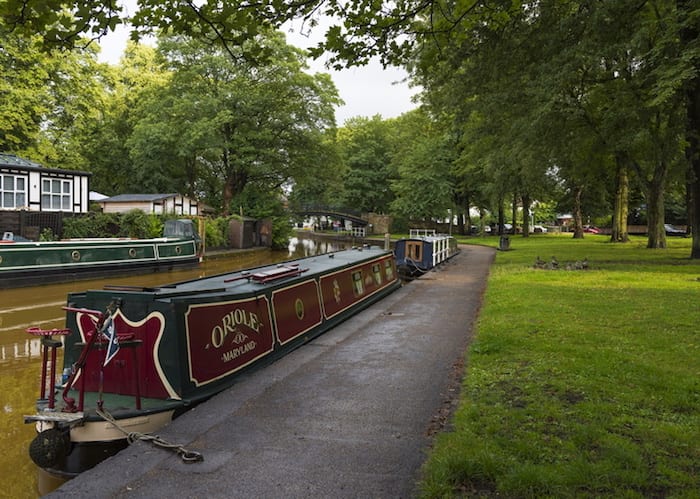 According to a few proud – and some smug – locals, the closer your house is to the green – the green space separating Worsley Road from Bridgewater Canal – the more expensive the house.

Houses in Worsley are so sought after that even people who live in neighbouring areas like Swinton or Walkden will fervently claim that they live in Worsley. 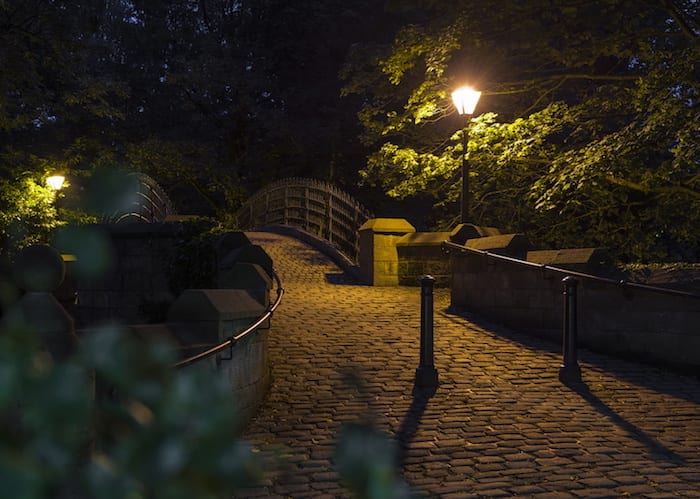 Talk about jumping on the band wagon. Albert’s Worsley restaurant is so far from Worsley green that it’s in Swinton.

‘Worsley side of Swinton’ at best or ‘South Swinton’ if they’re being a creative estate agent.

There’s nothing wrong with Swinton. Swinton and Pendlebury is a proper northern town on the up.