It’s no secret that pizza and pasta have some of the biggest profit margins for restaurants.

Vero Moderno (Italian for ‘true modern’) may be an Italian restaurant, but it isn’t your typical Italian restaurant. It’s a brave, relatively new independent that likes to do Italian dining a little differently with modern twists, not in a garish glass town hall extension kind of way.

It’s located on Chapel Street, a stone’s throw from Salford Central station next to Vimto Gardens and the Co-Op. This part of Salford has undergone a massive transformation in recent years. Twenty years ago it was run down and in desperate need of regeneration.

Now it’s indistinguishable from booming Manchester on the other side of the river. 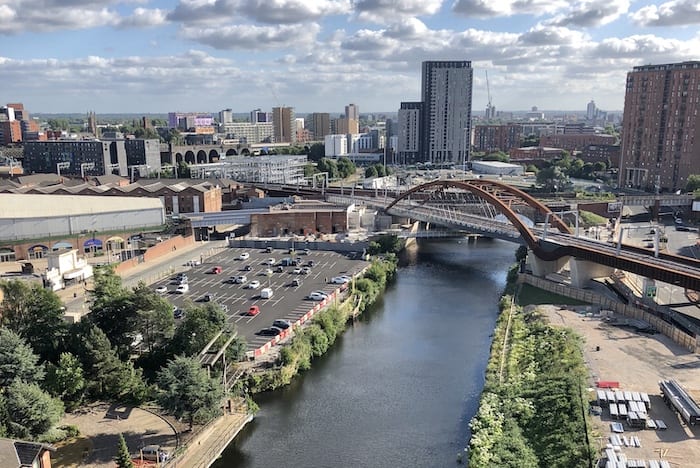 The boundary between the two cities is seamless round here.

The New Bailey district sits right on the border of Salford and Manchester around the old Mark Addy pub and Salford Central Station. Then you have Timekeeper’s Square, Local Blackfriars, Local Crescent, and Valette Square next to Vimto Gardens and St Philips.

The welcome at Vero is warm whether you’re a Massimo Moratti or a Manc. You’re greeted with the same enthusiasm and some special recommendations.

Owner manager Beppe is a friendly Italian who possesses both the provenance and the technical training to make the perfect proprietor of an authentic modern Italian restaurant. He hails from Lavinio, a small seaside town 30 miles from Rome, and gained priceless experience of the hospitality business working for Living Ventures. 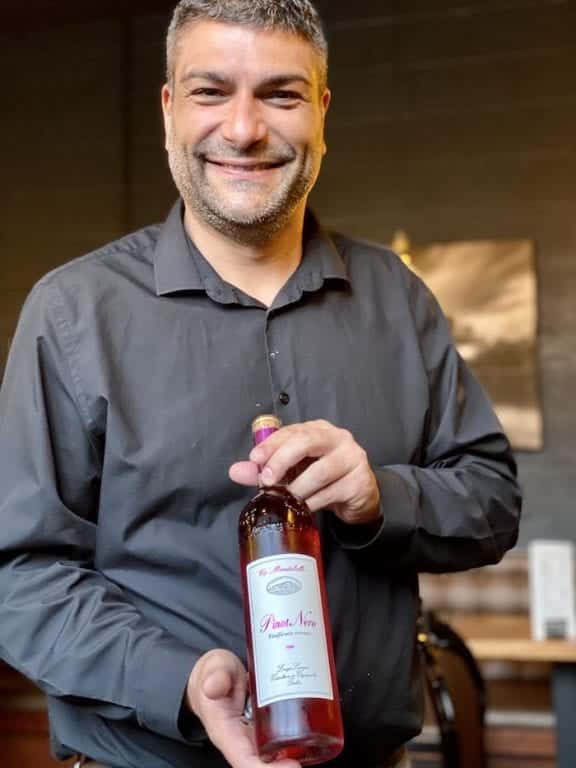 The restaurant is a new glass faced unit with a rustic mid century modern interior with dark walls and well-loved wood mixing the old with the new. You can sit in the window and people watch or against a calm dark wall to chat. Either or.

To drink, my artfully dressed companion and I thought about prosecco or primitivo. Instead we were sold on sharing a bottle of something a little different. When in Rome, as they say. Pinot Nero Rose, served by the bottle at £28, is a beautifully crisp and fruity deep-coloured rose with a little fizz on the tip of the tongue. A rosy start while still exploring the menu.

The starters are simple, but it’s clear trouble has been taken. Gamberoni al cartoccio (£9.50) is juicy pink king prawns lifted by chilli and garlic bathed inside a foil nose bag of white wine sauce. Goes really well with the pink wine.

My dining companion has an ‘annoying’ gluten-free vegan diet. He had reluctantly emailed the restaurant earlier to warn them and to see if they could cater for him. No danger. The proprietor himself replied with proper Italian confidence. Something that diffident people with dietary requirements need to hear. 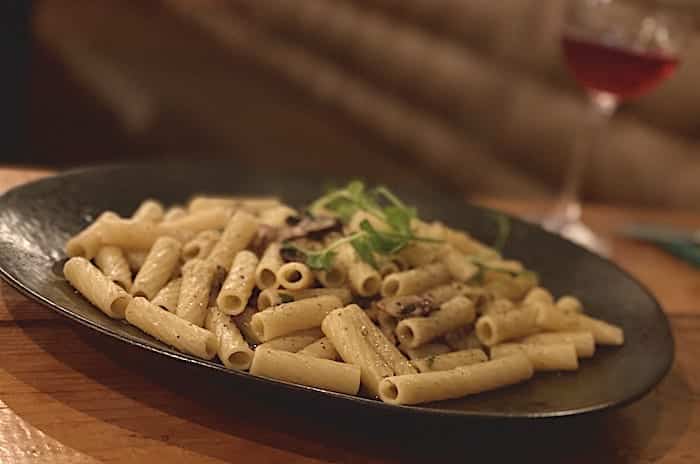 Although my pal was warned that gluten-free pasta isn’t the authentic Italian taste they are passionate about serving, he’s happy. Job’s a good’un.

A wholesome dish with some interesting textures. It’s very different but if forced to compare, it’s like a modern Italian hunter’s chicken but without the bacon and barbecue sauce, and certainly not as common. 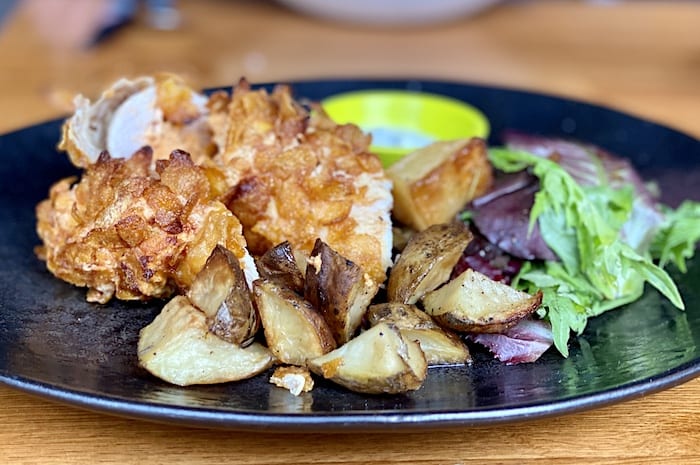 It’s a simple but genuine dish, fluffy, delicate and light in the mouth. 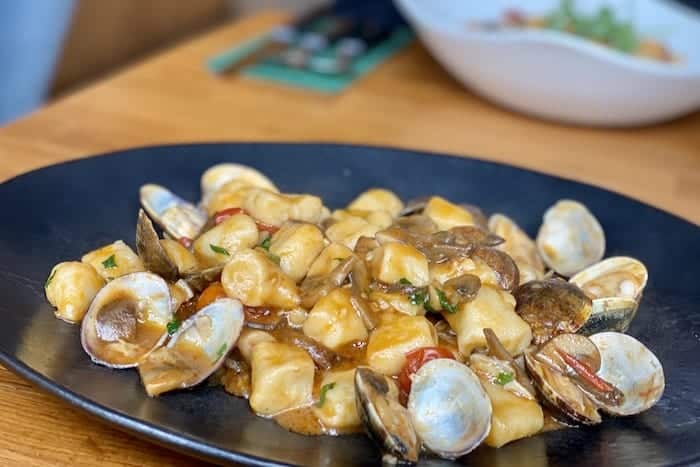 It would be rude to leave without a digestif. A liqueur coffee with Frangelico or/and a shot of limoncello on the house was a nice gesture when requesting the bill.

Leaving the restaurant with a full belly and happy haze, I look up and feel optimistic about the future for this part of Salford.

Salford is serious about its future. If more food and drink vendors followed Vero Moderno, Chapel Street could easily become a trendy cosmopolitan community on the western approach to the city centre – something that Salford needs to move forward with the times and, of course, meet the demands of a growing city-dwelling population.

Please support brave independent businesses. Enjoy 50% off at Vero, Monday-Wednesday with the Eat Out To Help Out scheme until the 31st of August. And don’t forget them when the offer expires.