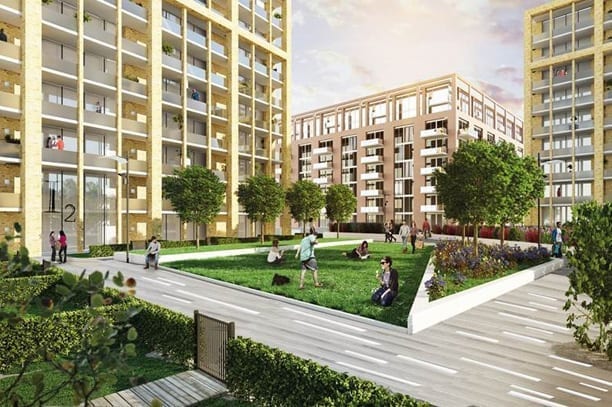 Plans for a new £700m Salford/Manchester neighbourhood, which will include approximately 2,000 new homes and up to 750,000 sq ft of commercial development space, have been unveiled.

“Middlewood Locks will be
a first-class, mixed-use
community…”

Details of the plans were revealed by property developer, Scarborough Group International, who aim to develop Manchester’s Middlewood Locks into a new residential and commercial neighbourhood.

The 24-acre scheme received planning consent from Salford City Council in March 2015. Located at the western gateway to Manchester’s Central Business District, the 24-acre site will be developed into a new mixed-use community of around 2,000 new homes and up to 750,000 sq ft of commercial space. Commercial space including a hotel, offices, shops, restaurants and a gym got the green light.

Following receipt of outline planning consent in March, Scarborough is now working up a detailed planning application for the first phases of the development which will comprise the development of 550 homes, 29,000 sq ft of commercial space.

This will be submitted in the autumn in the hope of receiving planning by the end of the year. Work could start as early as January 2016, according to bosses.

Lee Savage, development director of Scarborough, said: “Middlewood Locks will be a first-class, mixed-use community in one of the UK’s most exciting new areas. The development is situated in what will be a new business destination for the city as well as a sought-after residential neighbourhood due to its proximity to Manchester city centre, MediaCity UK and the impact of other wider regeneration activities that are taking place in the Salford area.”

“This is a unique site with so much potential to deliver new homes, commercial opportunities and new jobs whilst maximising our riverside and canal assets. It is one more step towards the extensive transformation of this part of the regional centre which will enable the cities of Salford and Manchester to deliver the growth necessary to meet the economic challenges we face at a national level.”