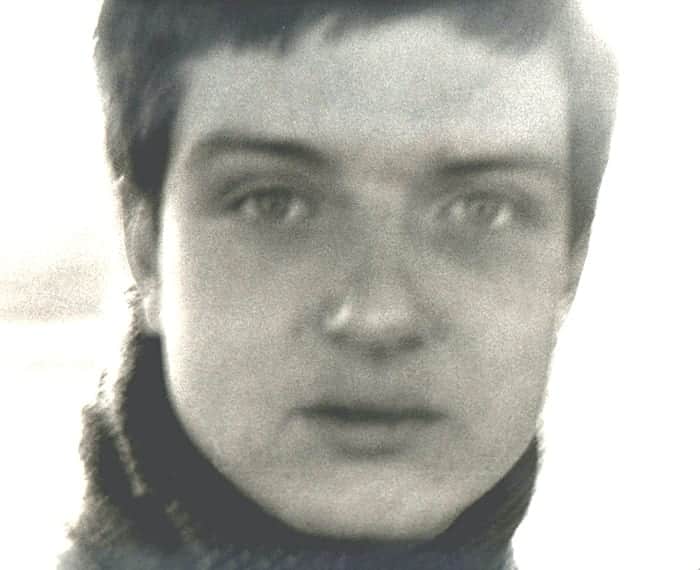 On the evening of Friday 2nd May 1980 I was watching Joy Division play a gig in the dining hall of a student hall of residence on the edge of the University of Birmingham campus.

There were around three hundred and fifty people there.

There was also a certain amount unease as the gig unfolded. Singer Ian Curtis left the stage a couple of times, he seemed to be struggling.

We now know just how ill he was. Eighteen months earlier he’d begun to show signs of severe epilepsy, for which he was receiving heavy medication which, in turn, triggered mood swings and anxiety. His personal life was distressing him; his marriage appeared to be breaking down.

In April 1980, he’d had a spell in a psychiatric hospital. He was discharged from there to play a gig at Derby Hall, Bury which had ended in a riot after he wasn’t able to complete the set.

The Birmingham gig turned out to be Joy Division’s final show. On the 18th May, on the eve of the band’s first trip to America Ian Curtis took his life. This Monday will mark the 40th anniversary of the tragedy

Joy Division had released Unknown Pleasures in June 1979 – an album Rolling Stone magazine would later include among the Top 20 debut albums of all time.

Joy Division had been championed by the likes of ‘NME’ and the radio DJ John Peel but in May 1980 they were underground, unknown to the mainstream record buyers. A cult band.
For one thing, Joy Division were so much more challenging than the music mainstream.

Ian’s lyrics were discomforting, and his onstage performances slightly unhinged.

Bernard Sumner, the band’s guitarist explained to me in in 2007; “Ian always talked about having a manic element in the music, he was a man of extremes, he always wanted our music to be extreme.”

Photographs of that final gig were being shared on social media a few weeks ago – colour snaps, very different to the iconic black and white images of Joy Division by photographers like Kevin Cummins.

I like this phrase by writer Joan Didion “Memory fades, memory adjusts”. The power of Kevin’s work has adjusted my memory in such a way, that when I have looked back at being at that gig, I have always recalled it in black and white. But now I realise that onstage in Birmingham, Ian Curtis was wearing blue jeans.

The day before his death, the members of Joy Division and their manager went shopping for clothes for the trip to America; the bill at Top Man came to £49.94.

The next day drummer Stephen Morris gave Ian a lift back into Manchester from Macclesfield and return and exchange a couple of shirts. This was Saturday morning.

The next day Stephen was phoned by Hooky and told the news of Ian’s death
“See you at the airport,” was the last thing Ian had said to Stephen. Stephen explained to me once; “We thought things were sorting themselves out somehow. But see, Ian would give you that impression; the northern thing about not showing your emotions to your mates.”

From his lyrics, Ian comes across lost but the band were close to him, they saw other sides to him. Bernard; “He had his moments of deep thought, like we all do, but for the majority of the time he was a fun, laughy, jokey person.”

Another set of photos sometimes re-surface on social media; of Ian at an office party when he worked at the Employment Exchange in Macclesfield. He’s a guy having fun with his colleagues.

He was all these things; a son, husband, father, a work colleague, and friend, and the singer in a challenging and inspiring band; sometimes wearing in blue jeans, often in grey trousers; walking through the silence, expressing himself; in black and white, in colour.

The illness and the medication took its toll. The carefree side of him was lost; “Something disappeared, something just went when he was taking that medication,” according to Stephen Morris.

Some problems in Ian’s life may have been resolvable, but the illness and the medication were a burden he believed would drag him down.

Ian was a massive music fan. Being in a band, writing, getting gigs, doing gigs; this is what Ian wanted to be doing in his life. His dream was turning into a nightmare.

Doctors would provide more appropriate medication for Ian’s epilepsy if the diagnosis had been made in 2020. Also, in 2020 we can work to ensure that anyone suffering emotionally, has support.

We can also encourage that young men in their very early twenties allow themselves to be vulnerable and open-up to each other.

Monday – the anniversary of Ian’s passing – is also the first day of Mental Awareness Week. United We Stream will be presenting an evening paying tribute to Ian Curtis and also raising funds for Manchester Mind, one of our local mental health support organisations.

Poets, actors, musicians, and others, will come together to talk, to connect, and to hear music. Among the contributors; Brandon Flowers of the Killers, Elbow, Lonelady, the actor Maxine Peake, and the poet Oliver Lomax.

Prime movers behind Monday’s event, Headstock Festival, believe in the positive power of music to make valuable connections between us all.

As many of us have found – especially during lockdown – music is our salvation.