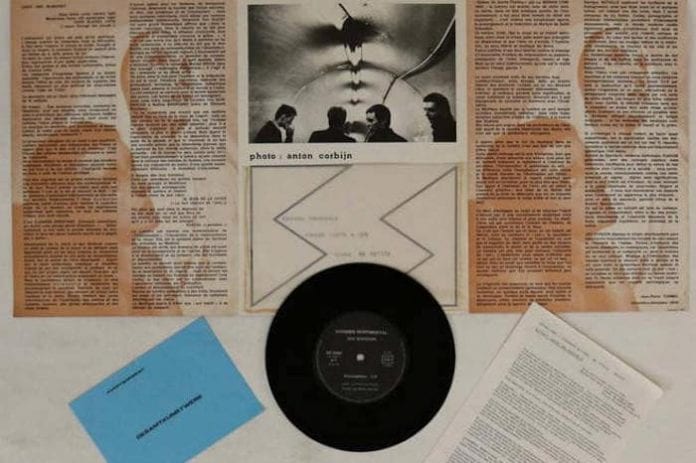 A limited-edition pressing of one of Joy Division’s rarest records is about to go under the hammer at an auction for rock memorabilia.

Omega Auctions are offering the chance to bid on a copy of Joy Division’s original release of Atmosphere, released in March 1980 by the Sordide Sentimental label as a France-only limited edition single.

One of the legendary Manchester band’s rarest record releases, there were only 1,578 copies of this Sordide Sentimental record issued upon its release.

Two months later, after Ian Curtis’s tragic death, it was re-released as a 12″ single by Factory Records with She’s Lost Control replacing Dead Souls as the B-side.

It was re-released again in 1988. Peter Hook has said he regards Atmosphere as one of the band’s greatest hits.

The original Atmosphere single is so rare there are numerous forums and even a listings website dedicated to tracking each and every last original copy.

Each is individually numbered, with its unique ID located on the inner middle of the foldout cover.

Most came without a plastic bag, although some of the last to be sent out had a plain plastic bag but no logo.

This #1170 copy is said to be in superb or near mint condition, “showing only a couple of extremely wispy and faint hairline markings only really noted under intense LED lighting.”

It comes complete with the original booklet and ‘Avertissement Gesamtkunstwerk’ inserts, which are noted to be in excellent condition, but the holding ‘tracing paper holder’ glue is slightly unstuck.

The auctioneers go on to note that the original textured ‘folder’ sleeve is “in impressive Ex+ or ‘NM’ condition showing just traces of edgewear. Nigh unbeatable original copy.”

Joy Division fans, take note. Record collectors – now’s the time to reach for your wallet. This is the holy grail of Joy Division records, after all.