The first students at the new “game-changing” university, set up by Manchester United’s legendary Class of 92, will begin their degree courses next month.

The Class of 92 – brothers Gary and Phil Neville, Ryan Giggs, Paul Scholes and Nicky Butt – all started playing for Manchester United that year and enjoyed unprecedented success in the Premier League under manager Sir Alex Ferguson.

The quintet and their team mates at the time, who included David Beckham, have been described as English football’s “greatest generation”.

UA92 is beginning with a few hundred students, rising eventually to around 6,000. Tuition fees are around £9,250 a year, in line with most other universities.

When the Class of 92’s idea for a new university was announced, former United captain Gary Neville, now a Sky pundit and successful businessman involved in property and hotels, said he has always believed that success is down to more than just having talent and good luck. 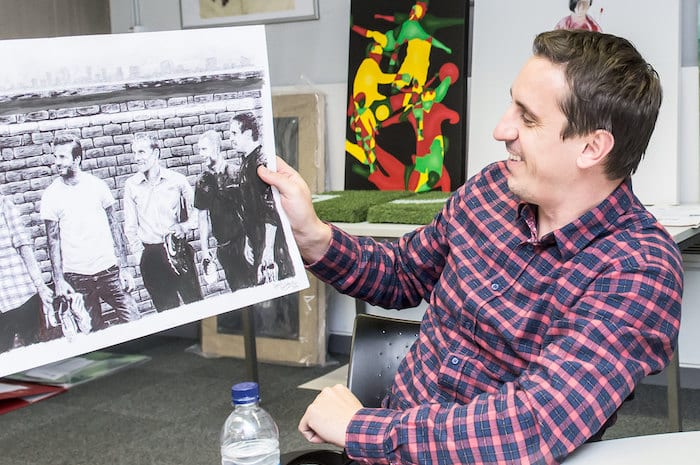 “There should be no limits to what you can achieve with the right preparation. Our aim is that UA92 graduated will leave with an academic qualification, of course, but also with a range of other skills such as how to deal with pressure, understand finance, leadership and presentational skills.

“When we finished our careers as footballers we felt we should try to offer to young people the same opportunities we had.”

UA92 has been developed in partnership with the University of Lancaster and aims to help students develop their “character, personality and resilience” — just as Manchester United’s then manager Sir Alex Ferguson helped create the Class of ’92.

Neville told The Times this week: “At Manchester United you were stretched over two to three years, you were sometimes taken into uncomfortable situations where it was sink or swim. We want to develop resilience so that young people are prepared for the bumps they will encounter.”

Emphasising that the new university would not be just for budding footballers, he said the mix is about even in terms of the number of male/female students. They didn’t want it to be seen as a boys’ university, “just because we were five football players.”

UA92 will feature morning and afternoon academic sessions enabling students to combine work and their studies.

“The structure at UA92 is different, you know up front if you’ll be a morning or an afternoon student, and there are no end of year exams! It feels like it will be more relaxed, but hard work.” – Zainab, Sports and Exercise Science pic.twitter.com/r3SDkiwohO

“That gives people a chance to work, to hold down the highest possible quality job the rest of the time . . . ideally in the field in which you want to build a career,” he told The Times.

Gary hopes football players might also like the sessions because they could potentially fit around their training, especially the afternoon course.

“We had that at Manchester United and we feel that personal contact with students is absolutely critical so they can get honest feedback on a weekly basis and improve the things they are not good at. This seems simple but it doesn’t happen at every university.”

He added that lot of young people probably don’t feel they’ve got the belief to go and do a degree because maybe it’s not been a tradition in the family or it’s not the norm in that area.

“We want to make sure that people can go to our university […] because they’ve got a good appetite to work hard and to do their very best.

“We can work with that all day long, anyone can, any employer, any parent, we’ll always want someone who’s hard working and motivated.”

The next UA92 Open Day is Wednesday 21st August.