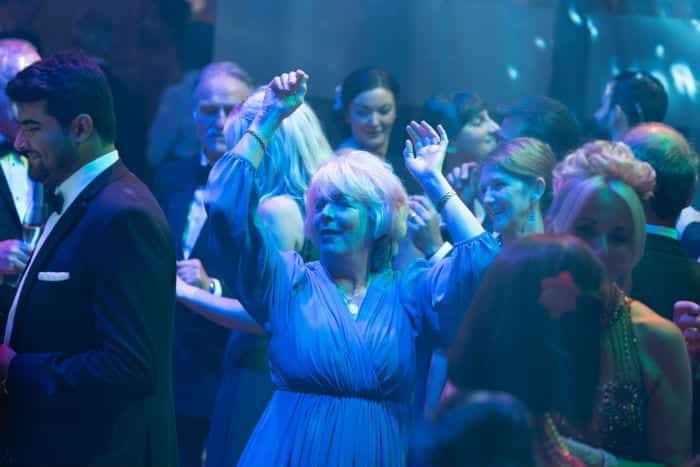 It’s been an incredible year for the film and TV industry in Manchester, with Screen Manchester, the city’s film office, enjoying its busiest year to date with a record number of dramas filming around the city.

That means there is plenty to look forward to watching in 2020.

Here’s just a sample of what to expect…

At the centre of the series is a double murder but Bancroft is also colluding with crime boss Daanish Kamara (Ryan McKen), coping with the repercussions of her past actions and trying to reconcile with her estranged son, Joe (Adam Long).

The three-part series was filmed across the region including Oldham, Cheadle and the Northern Quarter and airs at the beginning of January.

There was a lot of hype around Sky One’s Brassic, the comedy drama about a group of mates in the fictional town of Hawley, which was co-created by Chorley local This Is England’s actor Joe Gilgun and Manchester writer Danny Brocklehurst.

In fact, a second season, which also stars Michelle Keegan and Damien Molony, was green lit before the first series aired in August.

The team recently completed filming with locations including The Sharp Project, Bacup and the surrounding countryside.

Filming on the ninth series of the Manchester-set Cold Feet began at the beginning of autumn and recently wrapped.

We also see the impact it has on Karen’s ex, David, and how Pete and Jenny, who’s recovering from cancer, are caught up in the feud, too.

Following the success of The Five and Safe, Netflix, author Harlan Coben and the Manchester-based Red Production Company, have collaborated once again, this time on an eight-part adaptation of The Stranger, which will be available on Netflix from 30th January.

Described by Coben as one of his most challenging novels, it stars Richard Armitage as a man whose perfect life is destroyed when a stranger shares a secret about his wife.

Shot in and around Manchester, there will be plenty of locations that look familiar.

Produced by the same production company behind Doctor Foster, Wanderlust and Black Earth Rising, Life is a six-part series for BBC One, written by Mike Bartlett, and starring a stellar ensemble cast including Alison Steadman, Peter Davison and Adrian Lester.

Billed as “an enthralling new drama”, it follows the stories of the residents of a large house in Manchester that’s divided into flats and whose lives become intertwined.

As the title suggests, it explores birth, death and everything in between.

The A Word, BBC One

Although the acclaimed BBC One series The A Word is set in the Lake District, a lot of it is filmed in Manchester, in particular at Space Studios.

Written by Peter Bowker, the third series of the family drama will see the return of Manchester’s Christopher Eccleston and Lee Ingleby, as well as the arrival of former Corrie star Julie Hesmondhalgh.

Set two years on, there’s a lot of catching up to do as the characters’ lives have moved forward, including Joe’s (Max Vento). He’s now 10, living in two places at once, and processing the seismic change in his life through the filter of his autism.

The Barking Murders, BBC One

Stephen Merchant and Sheridan Smith star in the new BBC One drama The Barking Murders, which was partially filmed in Manchester.

Written by Jeff Pope and Neil McKay, the same team behind The Moorside and Appropriate Adult, the factual drama will focus on the family of serial rapist and murderer Stephen Port’s victims and explore the now widely criticised police investigation.

Admittedly, the sixth series of BBC’s Peaky Blinders is only now in pre-production, which means it isn’t due to start filming until the new decade’s commenced, but a base has already been set up at Space Studios.

The series is now synonymous with Manchester, with a themed bar on Peter Street and the city’s period detail often being used in the series.

Keep your eyes peeled for the Peaky production to roll into town at some point in 2020.

A special mention must go to Morbius, the blockbuster movie starring Jared Leto as the blood-sucking protagonist in Sony’s adaptation of the Marvel Comic story.

Due for release on 31st July, keep a look-out for the New York scenes, which were shot with the aid of green screen in the Northern Quarter back in March.

Six other shows to look out for…

Cobra: The political drama starring Robert Carlyle was filmed at The Sharp Project and is due to air on Sky One in January.

Das Boot: Sky Atlantic’s World War II series Das Boot is filmed in the city with a second series expected to return in 2020.

The Boys: Queer as Folk’s Russell T Davies has collaborated with Manchester’s Red Production Company for the Channel 4 series about the Eighties AIDS crisis.

Intergalactic: Set in a dystopian future, Sky’s sci-fi thriller is utilising Manchester’s filmmaking facilities and could air in late 2020.

Almas Not Normal: The Circle’s voiceover queen Sophie Willan is due to start filming her comedy series for BBC Two in February.