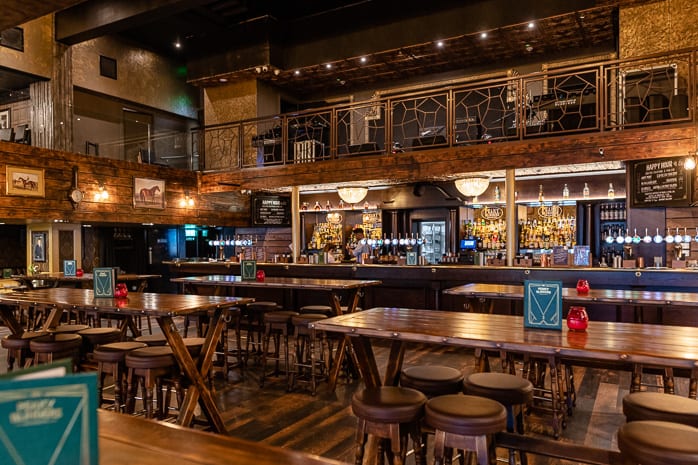 When Peaky Blinders bar and restaurant opened its doors last December, there was great excitement across the board.

Accents aside, the show – which follows the exploits of the Birmingham-based Shelby family in the aftermath of the First World War – has by all accounts proved to be a huge hit with viewers across the UK.

What’s more, when producers from the BBC were spotted filming scenes in and around Manchester, it only added to our list of reasons to give it a watch

But the option to drink and dine alongside amazing Peaky Blinders lookalikes – flat caps, braces and all – was certainly a novel one we couldn’t pass up. After all, who doesn’t want to look at Cillian Murphy’s double whilst chowing down on some sausages? 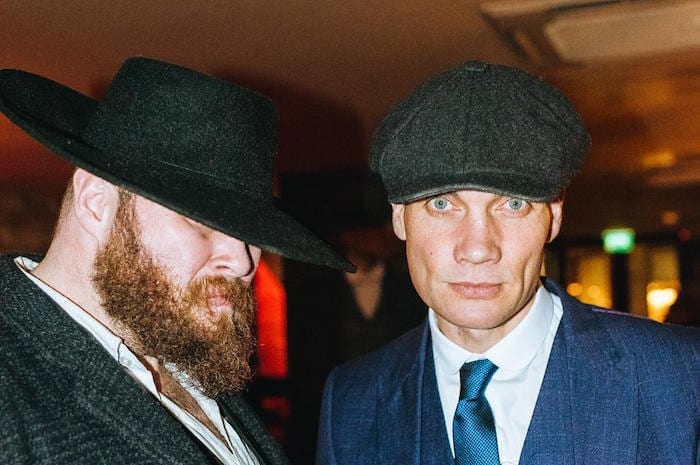 Located inside what was the old Sakana unit, the space has been revamped to give it that 1920s edge.

Step inside and you’ll find rows of high, dark wooden benches at the bar. Behind that, a collection of comfy booths and low, sunken armchairs look perfect for tucking into a scran.

When the restaurant first opened, they teamed up with Chinese restaurant Ocean Treasure to run a short-lived dim sum offering that perplexed quite a few diners. Where was the dim sum in the show, people asked? 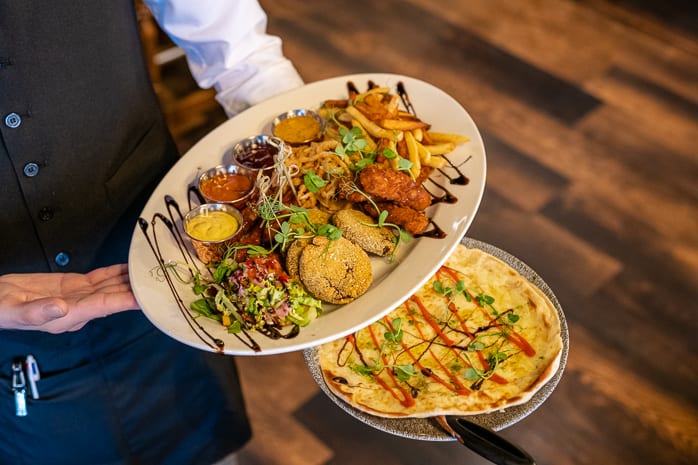 Having heard good things we were keen to check it out, so headed down to try it for ourselves.

On the side, a chargrilled garlic flatbread gives the option to make your own chip barms, and a host of tasty homemade sauces brings brightness to the plate. 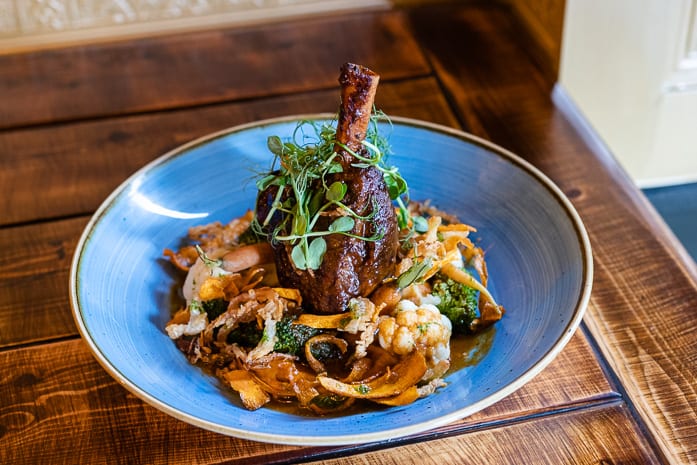 Moving on to mains, I opt for the lamb shank – a huge hunk of meat served atop Colcannon mash and a creamy swede and carrot puree and drizzled in homemade gravy. Accompanied by roasted heritage carrots, chunks of cauliflower and broccoli, lamb sauce and dainty little parsnip and carrot crisps, it’s an absolute beast of a meal.

My dining partner, meanwhile, went for the Peaky Blinder steak burger. Pink, juicy and moreish, it comes slathered in what the menu describes as their ‘signature sauce’ (which we discover to be mint), and topped with lashings of Monterey Jack cheese, smoky bacon and more crispy onions. Winning.

Another big meal, again we were really impressed with the sheer size of the thing. There’s certainly no going hungry here. 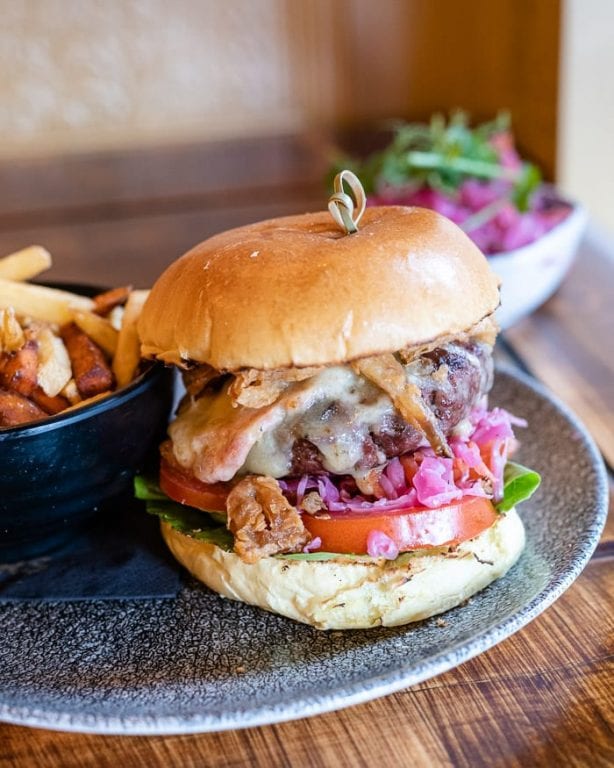 On the cocktail front, there’s plenty to choose from. The signature list draws on elements of the show, with fun names like ‘By Order’, Smoking Bulleit (made with, you guessed it, Bulleit bourbon), The Grand Duchess, and Aunt Polly – a refreshing gin fizz cocktail that promises to make you feel like a real boss. Just like Polly herself.

Initially we eye up the Black Hand cocktail, which references season 4 when the Shelby family receive Black Hand letters (threatening mafia tactics that date all the way back to Naples in the 1750s). We’re intrigued by its addition of activated charcoal.

But in the end, we shy away in favour of the cheekily named Rum’s for Fun and F**kin – a combination of Captain Morgan’s dark rum, Taylors port, vanilla sugar, raspberries, blueberries, lemon and chocolate bitters.

Dry ice sets it off perfectly, giving the whole thing a sort of bubbling cauldron appeal.

Of course, if you don’t fancy a cocktail there’s plenty of beer, wine and spirit mixers to choose from, too. Shouldering the tail end of a cold, we get a cheeky Guinness in too – after all, it’s full of iron and probably good for us (or so we reason, anyway).

If you’re in the mood for a good, hearty feed you can’t go wrong at Peaky Blinders. Massive portions are guaranteed, and the cocktail list is on point, too.