“The very spirit of Manchester in music”: charity single marks a year since Arena attack 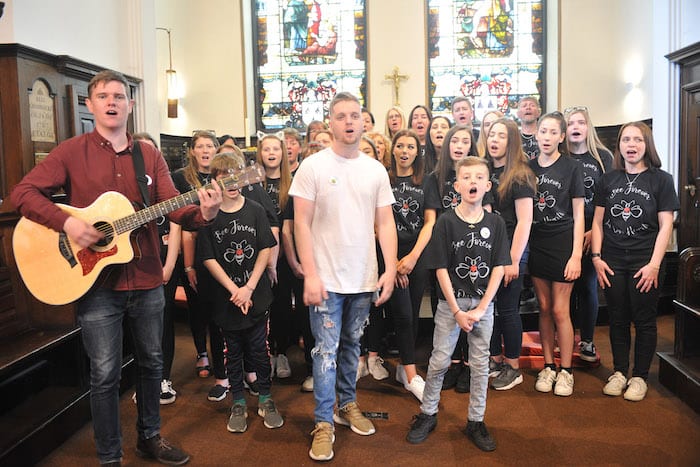 Manchester band Prose and Manchester Survivors Choir have teamed up to raise money for those affected by the Arena terror attack.

A City United marks one year since the outrage took place last May. It was recorded by Mike Murray and Lee Royle from Prose, mixed by Elbow’s Craig Potter and mastered by Peter Hewitt Dutton, with video filmed by James Killeen.

“Like everyone, we felt devastated after the Manchester bomb attack,” says Mike.

“The following day we were in our studio and there were still a lot of people searching for missing family members, and we were talking about how awful it must be for the families of the victims.

“The whole city was in complete shock that something like this had happened here and at a music concert with so many innocent people just trying to have a good time. We both felt very emotional and just started expressing how we felt.

“Lee started playing the piano, I started singing and without realising it we had the basis of a song, but we didn’t know what to do with it!”

Prose played the tune to friends and family, and decided to make a live video just for their fans on their Facebook page.

Months later the band were playing at a homeless benefit event in Manchester city centre for the Skullfades Foundation. Mike had himself been homeless in the past, so it’s something he feels strongly about.

It was at this event that the Mayor of Manchester Andy Burnham heard the song.

“I first heard Prose perform this song in Piccadilly Gardens last year,” said Andy. “It cut straight through the noise of the city and stopped me in my tracks.

“It captures exactly how we all felt last year when we heard the terrible news, but also how the character of this place pulled us through. It is the very spirit of Manchester in music.”

Andy approached the band to see if they would be up for releasing A City United with the proceeds going to Manchester Emergency Fund and Peace Foundation. Lee and Mike said they’d be honoured, but were keen to ensure that the families and people involved were happy with them doing this.

All the families endorsed the project. Saffie Roussos was the youngest victim out of the 22 people killed that day. Her father Andrew posted this message on Prose’s Facebook page: “Heartfelt song from a great city.”

After it was approved, Andy Burnham got the ball rolling and tweeted a link to Prose‘s Facebook video and announced the plan to release it. The band were inundated with support and positive messages. 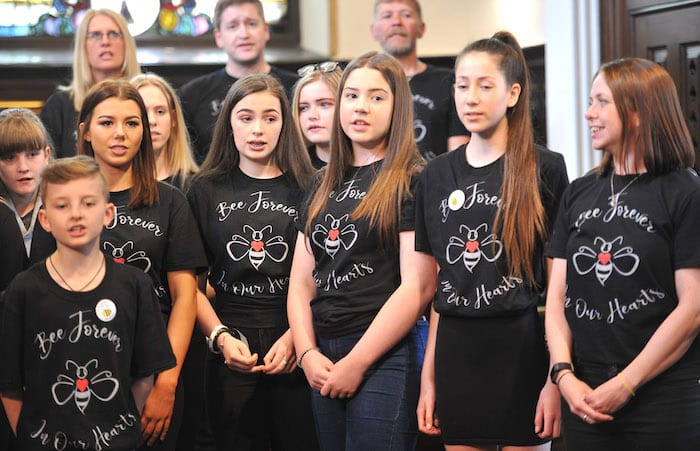 Soon the band received a tweet from Manchester Survivors Choir, who asked if they’d be up for having some choral vocals on the song.

“When we saw Andy Burnham’s tweet about the single, we knew we had to get in touch with Prose,” said Cath Hill from the choir.

“We loved the song, the lyrics and everything it stood for and really hoped we could be part of it. They were singing about us, so it just felt right. 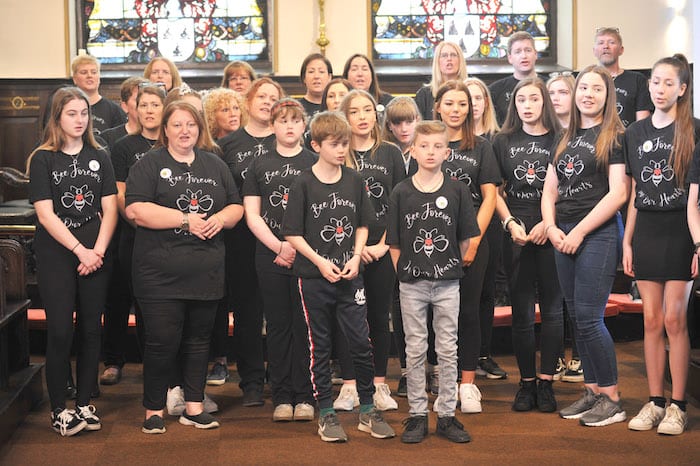 “It has been an amazing experience for the choir to collaborate with the lads from Prose. The young people in the choir were so excited to get the opportunity to go to a professional recording studio. It was wonderful to see them all smiling, laughing and having the confidence to sing and be recorded.

“It is a tough song for us to sing, the lyrics are so moving and take us back to that night. However, we are determined to show the world that with a bit of northern spirit and resilience we can create something that people can enjoy listening to and hopefully raise some money for the charities who helped us and others affected.

“It is a positive end to a very difficult year.”

A video of A City United was filmed last weekend at Salford’s Sacred Trinity Church, where the choir rehearse. The track itself will be released on Run With Faith Records with all proceeds going to the aforementioned charities.

“I am so proud of the band and the respectful way they have dealt with everything and also their generous commitment to use the proceeds to support those most affected and I hope people will get behind this song,” said Andy Burnham.