The story of Manchester in 101 objects: #8 the birth of textiles in Manchester 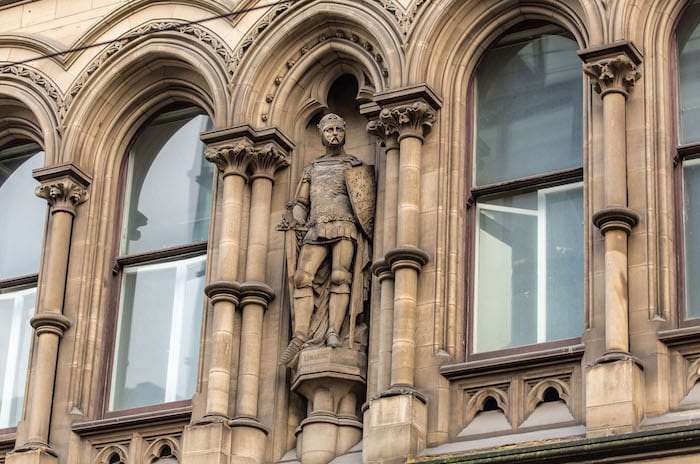 The arrival of immigrants with skills the natives lacked has been a constant theme in the national story.

It might have happened anyway, but the decision by King Edward III to send Flemish cloth workers to Manchester in the year 1363 to boost the local cloth trade was the catalyst which resulted in Manchester eventually becoming the world centre of textile manufacture.

Why Flemish cloth workers? The Queen, Philippa, was from Hainault in what is now Belgium.

In Manchester, wool was the main cloth. During Edward VI’s reign 1547-1553 an “Act for the making of Woollen cloth” was passed, regulating the size and weight of the product. This was tightened in 1566 when the Act proclaimed how “No person shall sell in Lancashire or carry out of that county any kind of cloths, cottons, friezes or rugs made within that county to be sold, before the owner or maker shall put to the same a seal of lead bearing his mark…”

Manchester was lucky. The cloth industry prospered because of natural phenomena. The damp temperate climate was ideal for treating the material. Yes, regardless of the cliches about the local weather, Manchester is temperate; it never gets too hot, it never gets too cold. The soft water in the rivers and streams running down from the hills of the north and east into the central area was also ideal for washing the material without spoiling it.

And geographically, Manchester is in the centre of a cluster of towns and villages and so became the main trading centre.

The arrival of the Flemish cloth workers was captured by Ford Madox Brown in his fourth Town Hall mural which fancifully shows the Queen riding into town and stopping at the Market Cross (where the New Cathedral Street entrance to Harvey Nichols is) to examine the textile workers’ wares.

We have no evidence Queen Philippa visited but it is a good story for the murals. We don’t think Edward III came here either but his statue is on the Princess Street side of the building.

But the most remarkable fact about the burgeoning cloth industry was that from the time the royal couple sent in their lowland helpers, there was no technological progress for the next four hundred years. That would soon change.