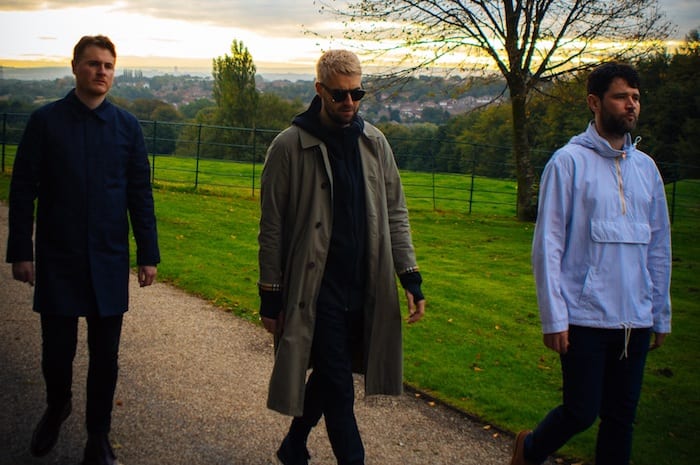 Some of Manchester’s most influential bands and artists are uniting to tackle homelessness at a huge charity concert announced today.

The one-off gig, hosted by Radio X presenter Sunta Templeton, will also include a host of special surprise guests from the worlds of sport, TV and comedy on the night.

The event is to raise money for Greater Manchester Mayor Andy Burnham’s A Bed Every Night scheme supporting people who would be otherwise sleeping rough.

Full details of the concert line-up were revealed at a special event at Victoria Warehouse on Wednesday morning.

Courteeners frontman Liam Fray and Blossoms’ singer Tom Ogden joined GM mayor Andy Burnham at the launch event to speak about their support for the charity’s aim to end rough sleeping across the city.

Fans will be able to apply for tickets for the gig via a a text message ticket ballot – which includes a voluntary £10 donation to the charity.  1,600 lucky winners in the public ballot will each receive a pair of tickets and be contacted by May 6th with how to claim their free tickets to the show.

Courteeners lead singer Liam Fray said: “Rough sleeping on the streets of Greater Manchester is a crisis all of us need to confront and by joining forces we can really make a difference.”

“Greater Manchester is the only city-region trying to give everyone somewhere to go every night,” said Andy Burnham. ” Our A Bed Every Night scheme has been running since November and has helped over 500 people off the streets. But to keep it going, we urgently need to raise more funds.

“Just as Vincent Kompany has brought the football world behind our campaign, it is brilliant to see our music industry and supporting business industries stepping forward with Raise The Roof.

“I am immensely grateful to all the performers taking part and proud of the stand our city is taking on the homelessness crisis. If we all work together, we can end the need for rough-sleeping here and send out a message of hope in these dark times.”

Tim Heatley, Chair of the Mayor of Greater Manchester’s Charity, said:  “This is a great way to donate to a fantastic charity while also being in with the chance of winning a pair of tickets to what I’m sure will be a fantastic night.”

To apply for two tickets to the show via the public ballot, fans must text the word RAISE to 84988, with a voluntary donation of £10 made from every text direct to the Greater Manchester Mayor’s Charity supporting A Bed Every Night.

Standard network rates apply, and you must be aged 16 or over to apply and have the bill payer’s permission to apply. Anyone aged 16 or 17 years old must be accompanied by an adult to the concert.  Entries are capped at 4 per mobile number.

To opt out of donating, text CANCEL within 30 minutes.

Applications for tickets closes at noon on Friday May 3rd.

Winners will be contacted from Monday 6th May and sent a redemption code for 2 free tickets to the show, you will be given 24 hours from that point to redeem your tickets.