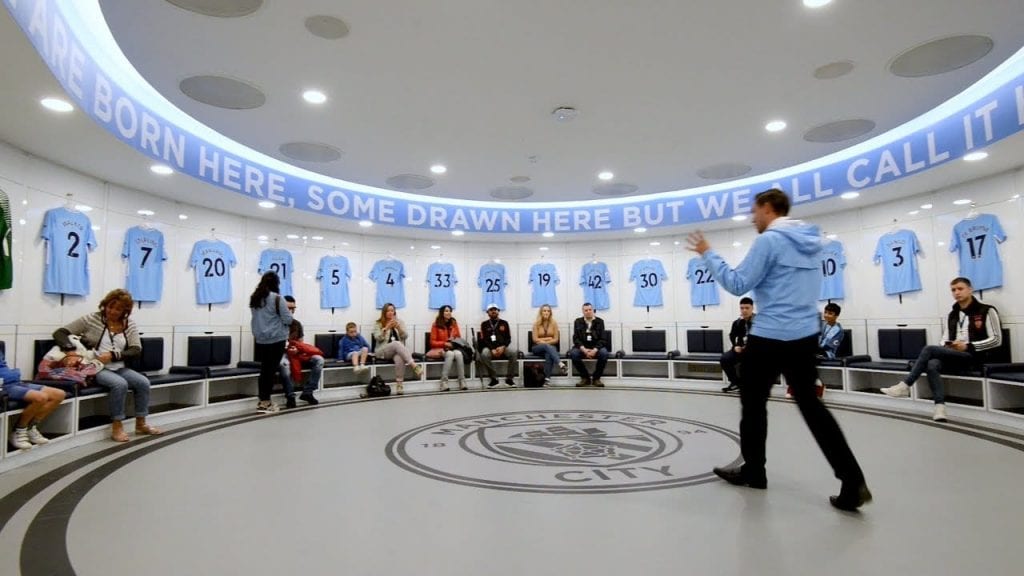 The re-vamped Manchester City Club and Stadium Tour is now on with plenty of new areas to visit including the brand new player facilities and The Tunnel Club, the first of its kind in world football.

Lasting approximately 90 minutes, one of the expert guides brings each area to life with interesting stories, facts and anecdotes.

Before the tour starts, there is a brief safety induction from your guide which covers emergency procedures and basic safety information, followed by a short film to help get you in the mood for the rest of the day.

First up is an interactive exhibition which provides an opportunity to view trophies, a variety of memorable shirts from past and present as well as other memorabilia such as the match ball from the 2012 QPR game. There is also insight into the development of the club over the years since the Sheikh Mansour takeover. 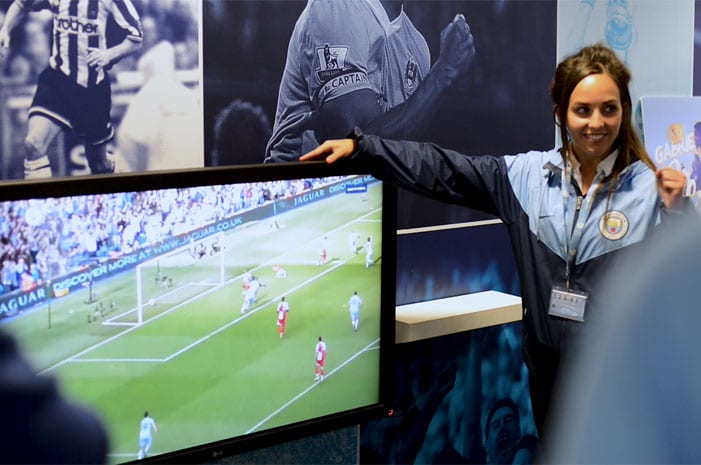 There’s footage of some of City’s greats through the years from Bert Trautman, Colin Bell, Gio Kinkladze Sergio Aguero and many more with a narrator describing what makes City great.

On to City Square where live music from local up-and-coming Manchester bands is a popular part of match days with bands like The Blossoms and Elbow having performed there.

Richard Dunne, Georgi Kinkladze and Ricky Hatton have all made appearances and there are also interviews with ex players and managers as well as other celebrity blues

The tour arrives at The Tunnel Club hospitality area which is unique to the Etihad and is the first of its kind in world football giving unprecedented access to the players, manager and coaches. 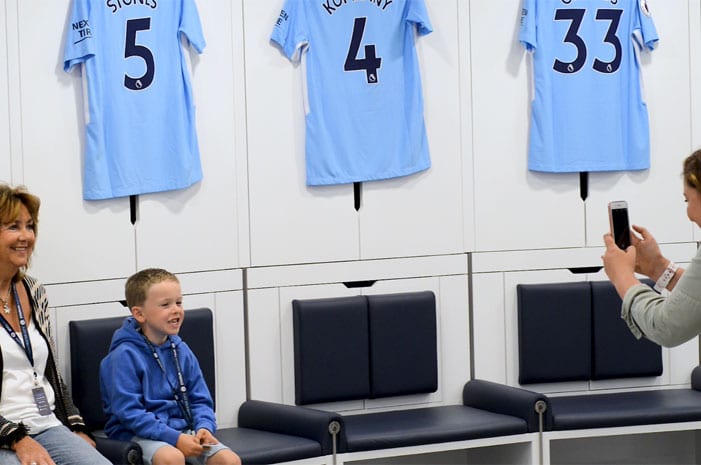 The guide gives a brief description of what membership of this unrivalled hospitality club includes, from greeting the first team following their arrival as they make their way through the suite to the changing room, follow the pre-match preparations and team line-up announcement concluding with post-match analysis and media obligations. Full benefits and details are available from the City website.

As the tour progresses into the stands you have the opportunity to sit in the designated seating area of Tunnel Club members behind the dug-out with views of the game similar to the manager, heated leather seats and a USB port included.

From luxury to basics is the feel when you enter the away team dressing room where the bare minimum is provided for visitors.  The room is painted grey and offers no air conditioning to give the home team a psychological advantage. 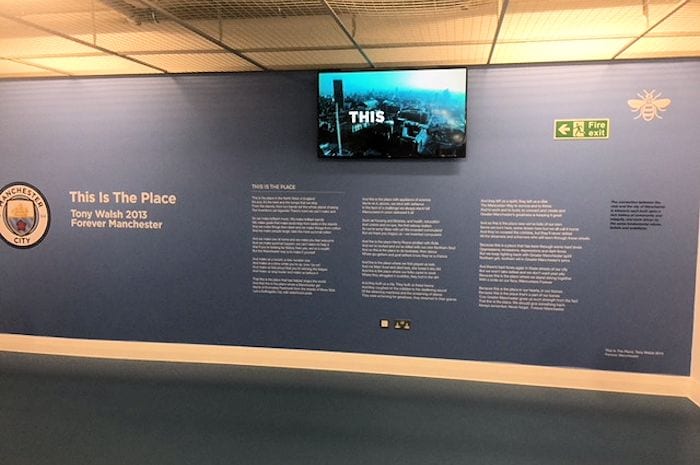 There’s a tribute to the victims of the Manchester bombing with Tony Walsh’s This is the Place poem painted on the wall of the first team warm up area.  The area is equipped with exercise bikes, weights, and mats for the players to stretch prior to kick off.

The guide continues to provide fascinating insights into who uses each piece of equipment. The exercise bike used by David Silva, the weight bench by Vincent Kompany and the corner where Sergio Aguero meditates.

The journey continues through to the home team dressing room where brighter colours and increased comfort is noticeable.  Each player’s shirt is hung up in preparation for the following game with their names printed above. The guide reveals why certain players sit next to each other with Captain Kompany occupying the central space.

Prior to moving pitch side you get an insight into what the players experience in the tunnel with the sound of the crowd cheering playing over the speakers. 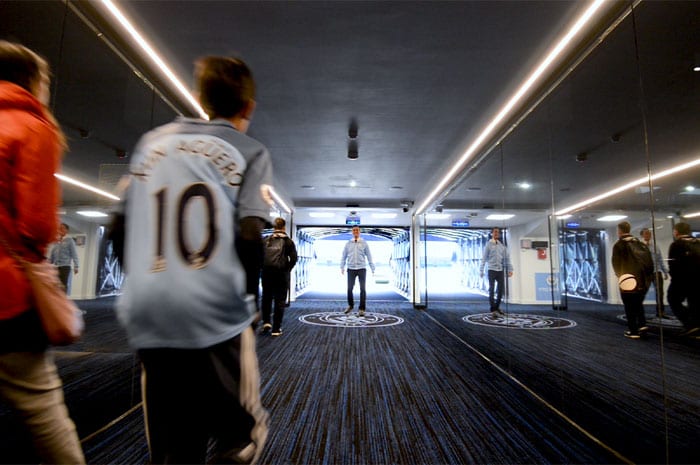 Arriving at pitchside there is a chance to sit in the dug-out. Take the home team’s seats because these are heated unlike the visiting team’s.  Here the guide gives insight into the type of grass used and the reasons why and points out various players’ private boxes.

Information is provided on current capacity as well as a planned extension to the North Stand in two years time that will see City with the second highest capacity stadium in the Premier League – behind Manchester United.

There’s a recap of the story of the stadium’s creation for the Commonwealth Games before  moving onto the press conference room – the largest in the league.  Get an understanding of how it feels to be grilled by the world’s media as well as viewing the post-match interview area where players fulfil their media obligations.

The tour concludes back at The City Store where you can create your very own free player profile as well as get 10% off purchases using your lanyard pass for that day only.

Book on the special guest tour on Saturday 21 October when club legend Peter Barnes will take the tour. Tickets are £35 per person.