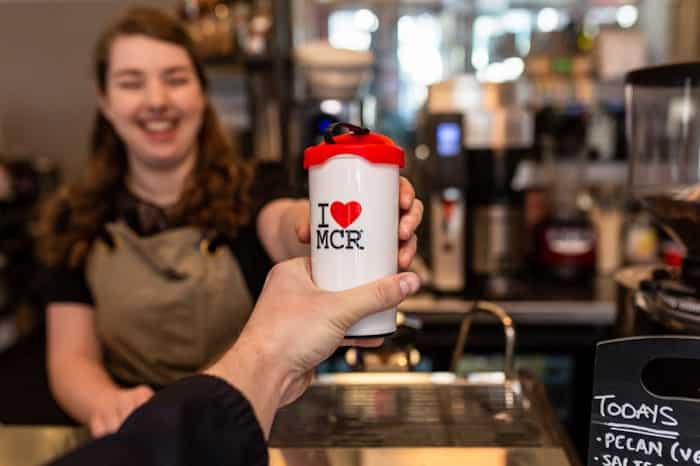 Earlier in the summer, I Love MCR® teamed up with local independent coffee shops to create the #PlasticFreeFriday campaign and raise awareness of issues surrounding single-use plastic and raised over £2K for the We Love MCR Charity. 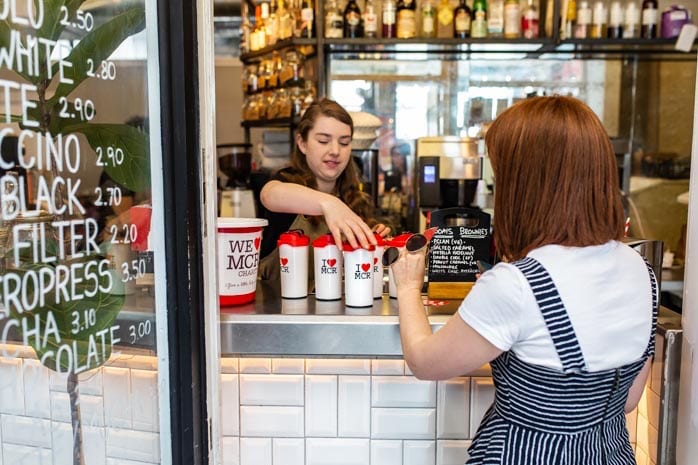 Coffee cups are one of a number of single-use plastics that are causing huge damage to the environment. It is estimated that Manchester alone uses over 350,000 disposable coffee cups every day, and the vast majority end up in landfill or incineration. By using a reusable cup, Mancunians are being urged to make the city just a little bit greener.

The I Love MCR® team gave Fress, Pot Kettle Black, Nibble NQ, Beastro, Michael’s Coffee House and Second City at GRUB over 500 recyclable coffee cups made by local Stockport based Harfield Tableware and featuring the iconic I Love MCR® logo, to educate customers on the cause. 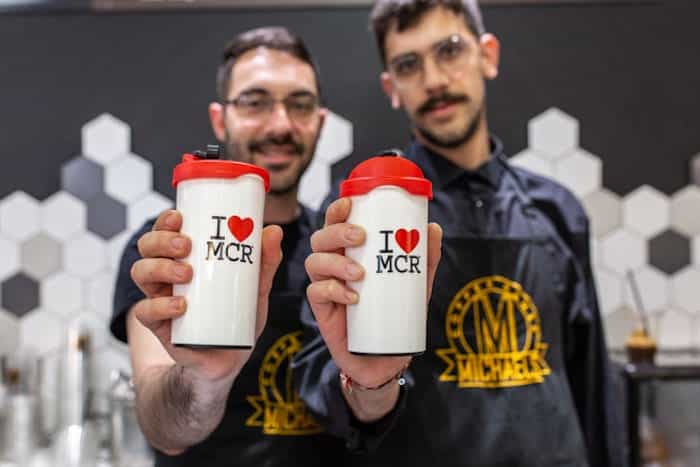 “I Love MCR®’s kind contribution of 500 reusable cups for people to purchase will help towards making a significant difference in Manchester’s single-use plastic.”

Customers were invited to bring their own reusable cup to the coffee shops if they wanted a takeaway coffee. Coffee lovers without their own cup had the opportunity to grab an I Love MCR® branded reusable cup in exchange for a small donation to I Love MCR®’s partner beneficiary charity the We Love MCR Charity, whose main aim is to improve the lives and life chances of the people of Manchester. 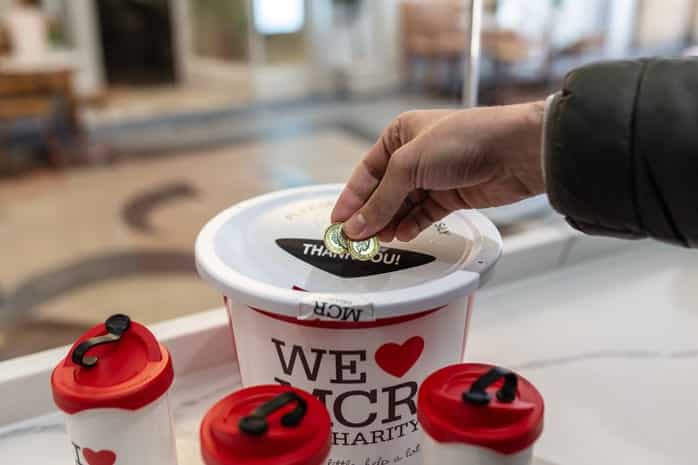 “This campaign has helped to reduce landfill waste AND generated funds for our charity to put to good use in Manchester. Huge thanks go to the cafe owners and the I Love MCR® team.”

Formerly known as the Lord Mayor of Manchester’s Charity Appeal Trust, the charity adopted the look and feel of the I Love MCR® logo ‘because of its association with the positive action taken by residents and businesses’.

Help your Manchester community to drive change away from single-use plastic and get yourself a reusable cup now.