The new series of Strictly Come Dancing has just got underway, and fans will be pleased to hear that the live tour has now been confirmed to return in 2020 starring a host of the ballroom stars.

The full line-up will be announced in the weeks ahead, but organisers have today confirmed that 2018 Strictly winner Stacey Dooley will be hosting the dancing extravaganza on its arena tour for the first time.

The show will head out on tour in January 2020 – and will head to Manchester Arena for four shows over the weekend of January 25th and 26th.

Stacey will be joined on stage by a selection of celebrities and professional dancers from the much awaited 17th series of the award-winning BBC One show.  The competition starts proper this Saturday night, September 21st, when we will see the celebrities and their dance partners take to the dance floor together for the first time.

Speaking about the upcoming tour, Stacey Dooley said: “I’m so excited to be joining the Strictly gang again and can’t wait to experience it from a different perspective! I’m really looking forward to hosting the tour as I know it’ll be a blast. I had such an amazing time last year, I hope I’ll find a way to get those dancing shoes back on again too!” 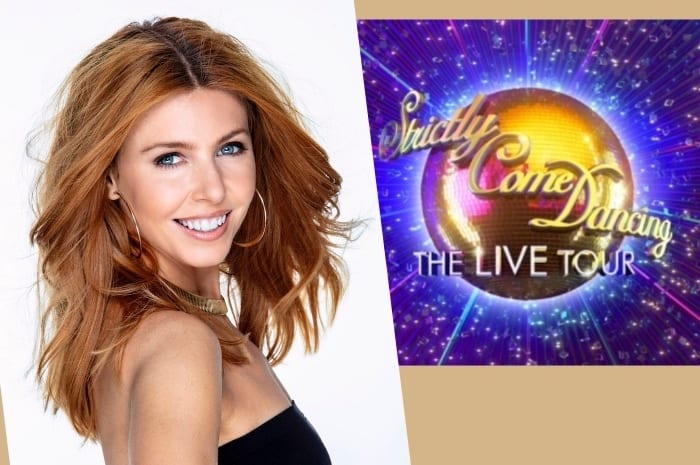 Arena audiences can expect to enjoy an evening of dance entertainment filled with colour, excitement and humour. Showcasing all the amazing choreography and live music that Strictly is known for, audiences will experience a host of breathtaking dance routines, which recreates the glitz, glamour and magic seen on the TV.

Audiences are not only invited to watch the spectacular stars as they perform roof-raising routines, but are also granted the power to decide who wins the coveted glitterball trophy at the end of each show. The tour judges will, as always, provide their feedback and scores after each performance, however the audience can vote via text for their favourite couple, and it is ultimately their votes that will decide who wins.

Judging and casting announcements for the live tour will be made over the coming months.