To mark International World Suicide Prevention Day and Suicide Prevention Month, we have asked mental health ambassador James Shinny Davenport to tell his story on the I Love Manchester Facebook page and shine a light on recovery – starting this Wednesday at 7.30 pm.

James Davenport (aka SHINNy) is a former professional boxer, Rugby League player, lead singer of  HANKy PARK and solo artist. After struggling with  addiction, he now breaks the stigma attached to recovery and helps thousands of others face their demons on a daily basis.

SHINNy represented Leeds Rhinos and his hometown club Salford Reds.  After a career in rugby, he  became a professional boxer. In his final bout, SHINNy boxed at the MEN Arena on the undercard of  the legendary Joe Calzaghe vs. Jeff Lacy bout.

After he retired from professional sport, he dedicated more time to his band, HANKy PARK. They released three albums and supported Manchester legends New Order on four separate occasions.

However, during this period, SHINNy was struggling with drink and drug dependency.

While in recovery at Smithfield Detox Clinic in Manchester, he decided to write a song titled Christmas Number One, inspired by the times that he had ruined Christmas. He started an online group and used it to promote the single.

Surprised by the popularity of the group (over 110,000 members), he labelled the broadcasts the SHINNySHOwLIVe. The channel offered a unique insight into a growing operation and had a decent sideline in random acts of silliness.

However, there was also a poignant aspect of the material, as he openly talked about his sobriety and recovery from substance abuse.

He went on to complete a training course with Smithfield Detox Clinic to become a mentor. 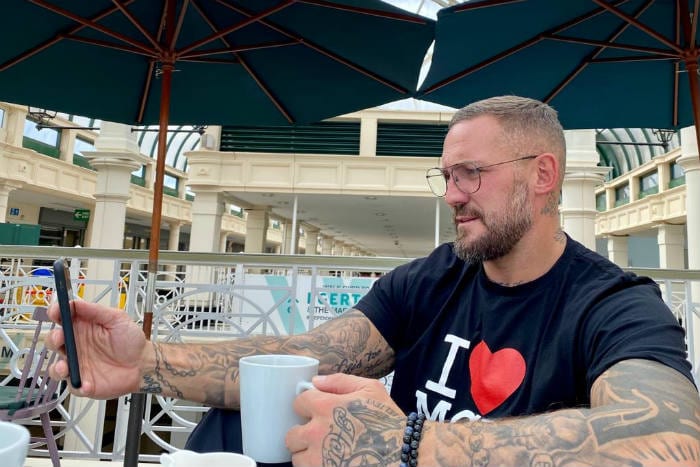 SHINNy launched the SHINNy SHOw LIVe four years ago but has evolved the channel during lockdown to include an array of experienced commentators and mental health professionals, including Manuel Benages, founder of the hugely successful Get Fit 4 Mental Health programme.

He now uses his online group to host live shows dedicated to recovery, anxiety and depression.

Through these channels,  he’s breaking the stigma associated with recovery and making #RECOVERyTHENEWCOOL.

Through the SHINNy SHOw LIVe, SHINNy and The Recovery Channel team reach more than five million people a month as they discuss mental health issues and talk openly about their daily battles with both addiction and mental health.

SHINNy aims to reach individuals across the city region and beyond to help educate, engage and support people around mental health. 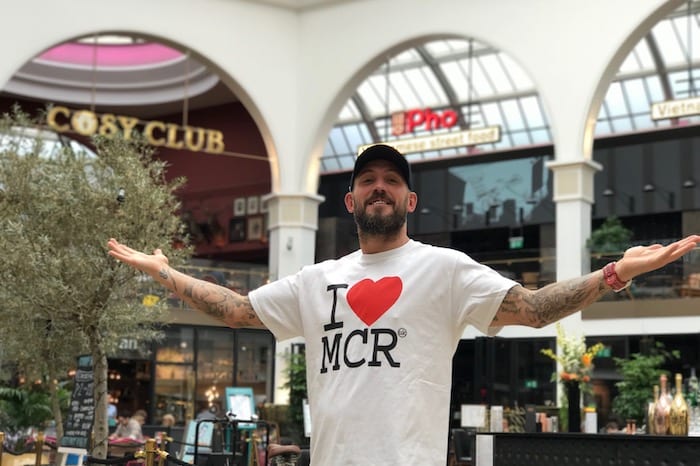 “Suicide is still one of the leading killers of men in this country,” he says.

“I know how painful it is and how it feels to have no hope left. We’re addressing that on a daily basis through my morning shows, and our 9 pm shows as part of The Recovery Channel. This collaboration will help us reach more people with our positive messages and will help save lives.”

Chris Greenhalgh, the founder of I Love MCR®, said: “What’s not to love about SHINNy? A down-to-earth character who’s not afraid to put his hand up and admit his failures. A man who’s been there, done that, and now faces his demons with an open mind – and he’s not afraid to share his vulnerabilities and mental health with the world.

“That takes a big brave person. What’s more, he’s turned his own dark experiences into a positive platform.

“We’re delighted and proud to collaborate with the SHINNy SHOw LIVe and The Recovery Channel for this hugely important campaign. We’ve followed and engaged with James since the inception of his Facebook Live shows and have seen first-hand the positive impact the page has on thousands of lives each day.

“Now we want to help get those positive messages to our audience and help signpost people to the channels that can help.”

Feeling suicidal, or bereaved by suicide is a very difficult place to be. It can be very emotional, distressing and traumatic. We want to support you if you are bereaved by suicide or concerned that someone you know may be thinking of suicide. We want to help you find what support is available in the boroughs of Greater Manchester and provide national resources that are available to help.

Join SHINNy on I Love Manchester LIVE at 7.30 pm on Wednesday 9th September – facebook.com/ILoveMCR – and every day on The SHINNy Show Live: facebook.com/ShinnyShowLive.