Who says modern music is dead? Check out these MediaCity pioneers

A room of your favourite records, a floor-to-ceiling view over Manchester and some seriously good sound equipment.

No, this isn’t heaven. It’s the office of GAS Music and Sound Design, the music pioneers based in MediaCityUK.

They create and compose music capable of captivating crowds of hundreds of thousands. How so? This is the team responsible for the tunes behind commercials, television, film, radio and much more, with clients including the BBC, Dock10, Chief and many more.

But it’s far from corporate. It’s a refreshing shift from the stereotype that modern music is just a series of computerised sounds and little personal involvement.

These guys pack a punch, determined to do all it takes to get their clients what they need from the creative process, including video co-ordination and soundscaping. 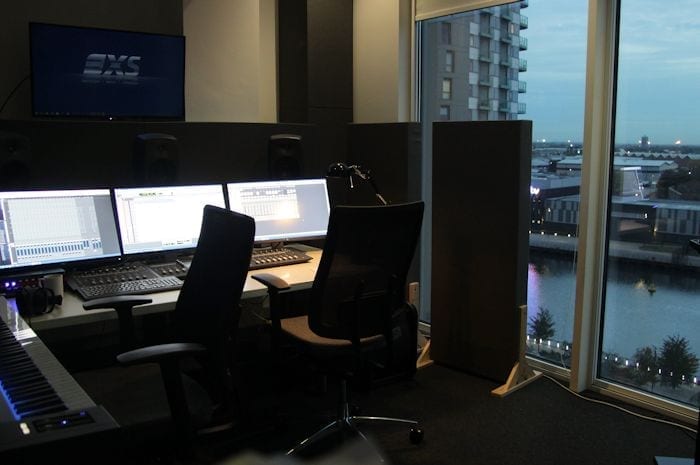 They’ve even got a group of their own going on – Modern Family Unit, a Manchester collective based around the electronic duo of Gary Hilton and Steve Southern.

In their own words: “We have three central values: quality, trust and value for money. We offer up our personalities into the alchemy of our compositions.” So that’s magic, as well as music.

And they’ve been working their magic well. They’ve added their talents to the feature film Wildlands, the recent Umbro campaign, created soundtracks for Marketing Manchester and the BBC and there’s plenty more in the pipeline.

What does a typical day look like to you?

As glib as it may sound, we love music and we love meeting people with the same passion. Our work covers TV, advertising, film and any medium where music adds to the project.

A typical day has us composing for a TV (BBC Even Better Than The Real Thing), advertising (jewellery, make up, footwear), film (we have just completed the feature documentary Wildlands which is the real life story of Johnny Depp’s George Jung in Blow, in cinemas later this year). We have just completed a pop video and an album for a band too.

People may associate things like fashion and the arts with ‘design’ but how does this apply to sound?

Design applies to making something fit, so it’s aesthetically ‘right’ for us humans. Hence a collection of subjective tastes which is probably why we like to ‘argue’ so much about good and bad design.

For specifically ‘sound design’ we have to ensure the visuals on screen are matched perfectly to our visual senses, and this does vary from what we actually perceive out in the real world.

We have many examples (as do all sound designers – some being trade secrets or tricks of the trade). Like the next time you watch a Hollywood blockbuster you’ll only be hearing 10% of perceived sound – and up to 75% of the dialogue will be replaced in post-production.

What would you say to people who say modern music is dead? 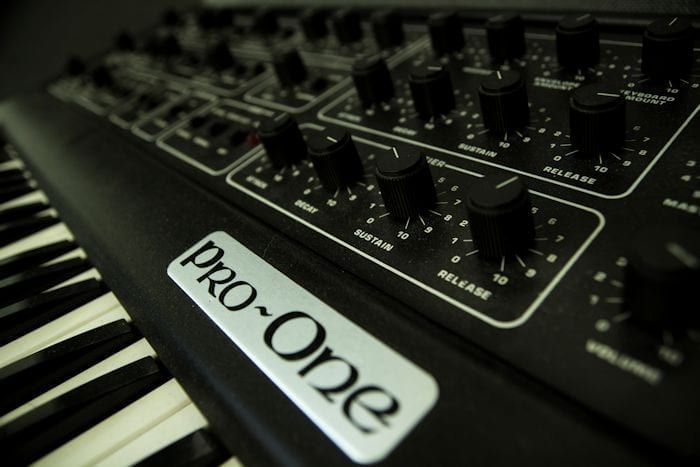 They are probably musically brain dead to say this. Music is always modern. Music defines us, our favourite films, TV shows, products, games, places and events. Can you imagine James Bond without Monty Norman, Psycho without Bernard Herrmann, Star Wars and Jaws without John Williams, Match of the Day without the MOTD theme?

The earliest forms of music were percussion instruments, the first musical instrument the human voice itself. We are an ingenious and creative species and these noises would have accompanied images, cave paintings and stories they told.

The history of music can be captured in us banging things, making things up, telling stories, by us entertaining ourselves. Pop music is only 60 years old, yet this developed over thousands of years.

The secret of a great tune is simple. Like a great story, it echoes a very human rhythm and life experience. Let the music stop you and make you.

As for the future, we need new music that allows creatives to breathe. We have to understand the unique chemistry of sound and vision to go forwards. Never judge a book by the cover, but always judge a person by their record collection.

What is the biggest challenge facing the music industry at the moment?

Understanding its value – understanding and promoting its central role in everything we do. Every occasion and event has a soundtrack. It needs to act in unison from creatives to performance, through promotion to radio and TV. It is just like any other business – there are good and bad products, some make it some don’t. We need focus and belief supported by the magic ingredient of hard work. The future is bright.

What is the most rewarding aspect of the work you do?

Having someone feel good when they hear your work, seeing your names on end credits, getting playlisted etc. We had a request from Mark Reeder to remix MFU’s track ‘mm mm mm aah’, saying it remined him of when he first heard Roxy Music. This caused a huge level of reward.

We are all very basic – reward the good and punish the bad – whilst we all strive for good news, love and credit. We all struggle with negativity. This in itself is a key learning process. How to get back up when you get knocked down, continuous improvement, broad shoulders. Get up and strike back and keep on and on….

Tell us about some of your ongoing projects and future work

We have another feature film in the pipeline, three TV ad campaigns running up to Christmas, two new acts signed to the label (GAS Records) and for our act, we have two singles coming out for Modern Family Unit – one having another remix by Manchester legend Mark Reeder.