Review: A Midsummer Night’s Dream has enough raunch to make the Bard blush

It's an energetic, modern interpretation that swaps out the enchanted woodland of ancient Greece for modern-day Canal Street 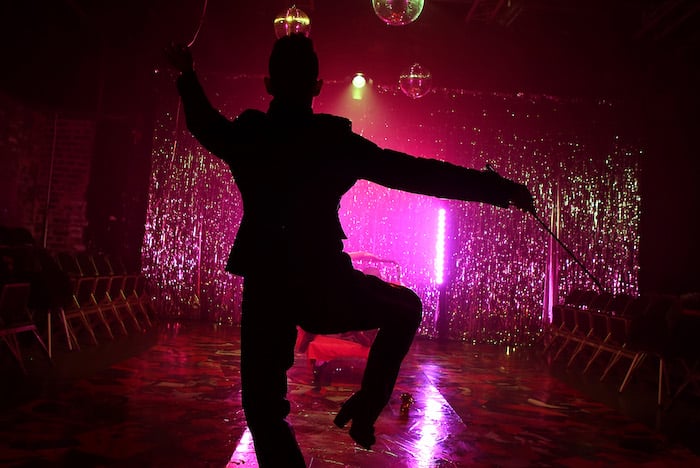 Following on from the success of their adaptations of Romeo and Juliet and Hamlet, Girlgang Manchester and Unseemly Women have turned away from the tragedy and towards the Bard’s most beloved and famous comedies – A Midsummer Night’s Dream.

400-year-old spoilers notwithstanding, the plot centres around the proposed marriage between Duke Theseus and the former queen of the Amazons, Hippolyta.

In the aftermath of a hen party, and with preparations underway to commemorate the occasion with a play, a merry band of actors retreat to the woods outside of the palace to rehearse, where, by chance, a quartet of young lovers plan to make their secret rendezvous by moonlight.

The two groups soon fall prey to faerie mischief, as they find themselves embroiled in the machinations of the enchanted denizens of the forest.

The performance is delivered in ye olde English, but lines are often book-ended with a gag or modernism that, depending on your stance, could be seen as cheapening the purist Shakespearean experience – or lending it a perhaps necessary element of accessibility to give it a broader appeal in the 21st century.

Either way, the jokes landed and the audience was enraptured throughout, with howls of laughter issuing from the audience.

The actors all played a variety of roles with great versatility, with particular credit going to Coronation Street alumni Karen Henthorn for her manic take on the character of Bottom, and Gemskii for her flirtatious, and at times outrageous, Oberon.

The famous role of Puck is played with a Madchester, Hacienda swagger by Kasey Christan – a character somehow made more impish when imbued with a dash of Bez.

The male characters are presented in an exaggerated, overtly sex-crazed manner I felt, but when considering how the female characters in Shakespeare plays are usually portrayed, lacking agency and confined within the strict, chaste confines of 17th century life, it’s appropriate that a modern re-telling would seek to redress the balance and have a little fun with the text.

With a modestly sized stage, it was necessary for director Kate Colgrave Pope to make the most of the space available, and with the audience sat amidst the action, with cast members running on and off stage all around, it made for an immersive experience that lent the whole performance a party atmosphere.

The inclusion of frequent and explosive dance set-pieces, set to a variety of modern pop hits and in keeping with the Canal Street setting, further emphasised the ‘night-out’ vibe that the play exuded.

It is an energetic, modern interpretation that swaps out the enchanted woodland of ancient Greece for modern-day Canal Street – and by infusing it with elements of modern pop culture, and with enough raunch to make the Bard blush, makes for a rollicking good night out.

A Midsummer Night’s Dream is at Hope Mill Theatre until 16th October. Tickets are available here.