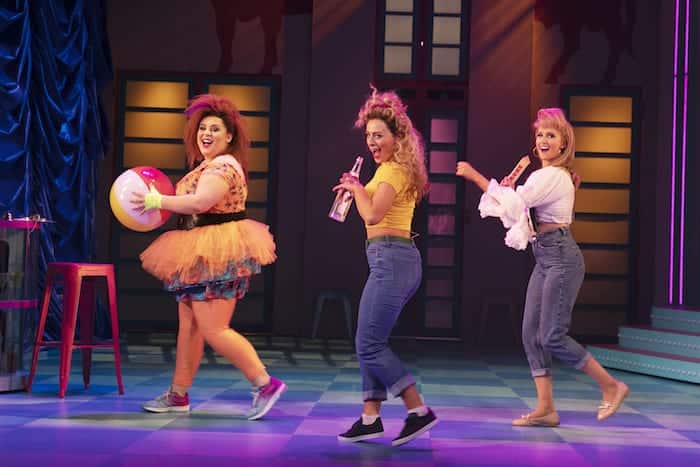 At Club Tropicana, the drinks are free. Well, they were in the Wham song. And here, in this new musical by Michael Gyngell, 80s songs drive the narrative. I say the word narrative loosely because you could write the plot on the back of a packet of Chewits.

A bride gets cold feet and decides to pull out of her wedding, and that’s all folks! Well, not quite, because the title comes from the fact that the hens decide to keep their honeymoon suite and have a girl’s holiday instead.

Unbeknown to them, the groom and his two friends have booked the same place. The scene is set for songs such as Don’t Leave Me This Way. And because the theme is big shoulder pads and lacquered hair, this is the Communards version, because originally this song was released in 1975. 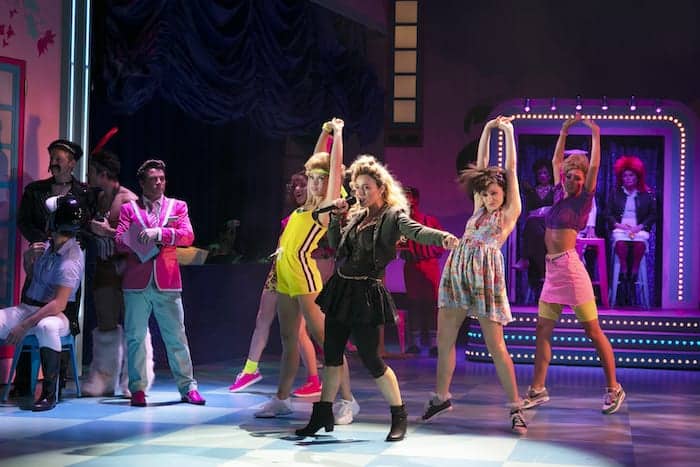 George Michael’s estate refused to allow the title track to be used, so we have a hotel called Club Tropicana, but no free pass on the song itself.

With Diego Pitarch’s wobbly set, a strictly end-of-the-pier feel to proceedings and jokes which fall flat on some occasions and cause ripples of laughter at others, this show should not work.

If anyone remembers the car crash that was Boogie Nights 2, you will realise you need more than hits to make a juke box musical work.

This show knows that it is slightly trashy. It is playing to fans of the music and Love Island, and if they have enough Malibu and cokes, there is much to enjoy here. The cast are more than willing to accept that if you have fun, so will the audience. 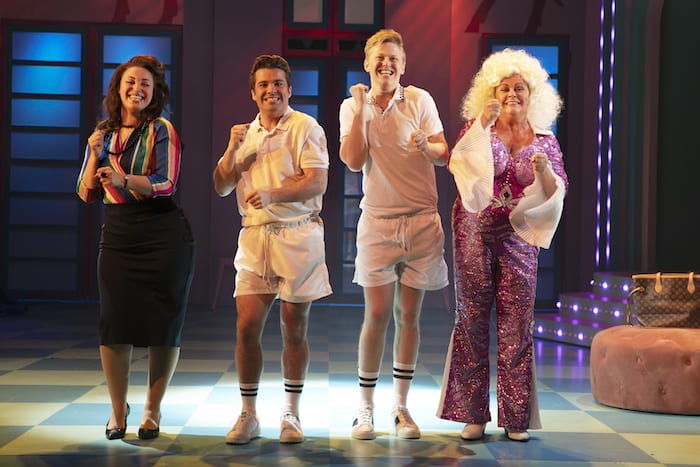 Scene stealer Kate Robbins plays Consuela, a Spanish cleaner who has a variety of other jobs at the hotel, but the main one is to make the audience laugh, and she achieves that every five minutes with impressions and one liners. The show would be far poorer if she was not in it.

Joe McElderry enjoys the comedy. He has the chance to let loose and throw off the shackles of traditional musical theatre, and has a ball. Former Sugababe Amelle Berrabah has a great vocal tone, and it’s a shame this is not used to the show’s advantage more, as she sadly does not have enough songs.

Emily Tierney is used to playing Glinda in both Wicked and The Wizard of Oz, so revels in playing a bitchy character, and she breathes life into what is essentially an uptight middle aged stereotype. 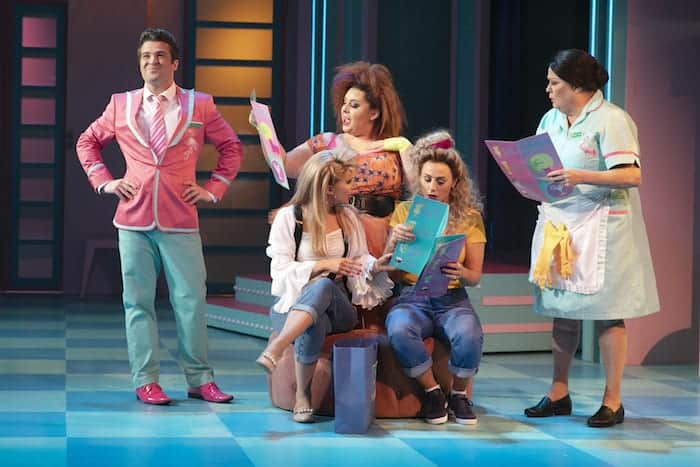 There are many flaws though, too. For a jukebox musical, often songs have a Mastermind quality, in that they are started and not finished. So, it feels as if someone keeps pushing the shuffle button, when they are bored.

Michael Gyngell’s book sometimes does not know what it is; Benidorm the musical, or Now That’s What I Call the 1980s, so the tone is often a bit clumsy. And there are so many rip off moments from the famous Abba musical that I was shouting ‘Mamma Mia’ more than once.

Some of the ensemble members dance their socks off but are left with nothing but fart gags in-between these high energy moments. 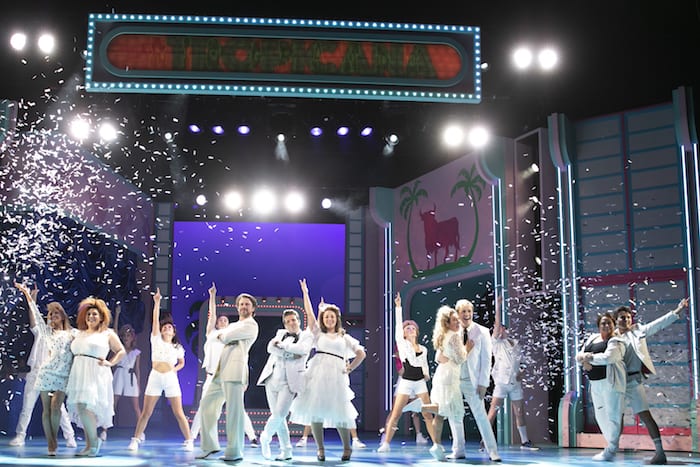 Also, Kate Robbins is so talented that her character does not need to be Spanish to raise a smirk, she can deliver lines which are loaded with laughter. After all, she has worked with the likes of Victoria Wood, and here she is reduced to mugging, when in reality she could act this role in her sleep.

All this being said, there is an inventive twist on Making Your Mind Up, a brilliant version of Only You by Amelle Berrabah and there is plenty of laughter to be had, alongside the flat moments. And the two hours does whizz by as a result.

If you live for the 1980s, order a large Lambrini and sit down and relax because clearly you just can’t get enough. For those wanting a show with more sophistication you are probably best avoiding this sherbet dip of a musical.

Me? I’d had a tough day at the office, so when the working day was done, like Cyndi Lauper’s girls, I wanna have fun. And I did!

Club Tropicana is at the Opera House until 8th June.