Fans of Victoria Wood can now have a permanent reminder of the local comedy legend.

Forty, ten-inch statues of the late comedienne are being sold in a bid to fund a full-size  version in her home town of Bury.

Bury Council has commissioned renowned sculptor Graham Ibbeson to design and sculpt the life size bronze statue as she was a great admirer of his work, especially his sculpture of Eric Morecambe on the seafront at Morecambe.

“I am excited that we’ll be giving people an opportunity to own their own limited-edition scale sculpture, whilst also helping to fund a memorial statue,” Mr Ibbeson said. 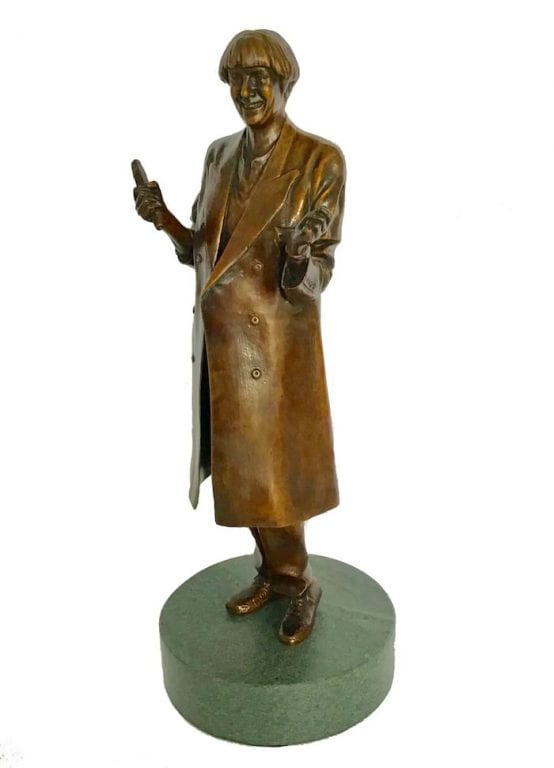 After spending hours studying her many performances, shows and mannerisms he finally found an image he wanted to work off to give an accurate reflection of the local legend.

“I got the particular pose from watching An Audience with Victoria Wood, which aired in 1988. I’ve tried to show her enjoying the applause, and the laughter. I hope that they will reflect the nation’s affection – and mine – for her unique talent.”

The mum-of-two was one of the nation’s best loved and respected comedians, delighting audiences throughout her career. She became best known for her BBC sketch Acorn Antiques with Julie Walters, and the comedy series Dinnerladies. She died in April 2016 at the age of 62 from cancer.

The life size memorial is due to be unveiled in her hometown in May 2019. More than £20,000 has already been raised from public donations to part-fund the statue. Further donations can be made via the JustGiving page.

The miniature sculptures will be cast in bronze and mounted on a green slate base, and cost £1,500 each. Each one will be delivered in a presentation box and have a certificate of authenticity signed by the artist. They can be purchased here or from the Bury Art Museum Shop.