Review: Anything Goes is a champagne popping musical extravaganza

Given the huge success of Top Gun: Maverick and the final season of Stranger Things (which has meant that Kate Bush is back in the charts with the sublime Running Up That Hill), it is clear just how much we love nostalgia and travelling back in time via the arts.

A few years ago, Lady Gaga and Tony Bennett covered the Cole Porter song Anything Goes for their album Cheek to Cheek, bringing a whole new audience to this wonderful number which has become synonymous with the Great White Way.

Last summer, the musical of the same name was revived and it offered audiences the perfect time machine for them to hop into as they emerged from lockdown. 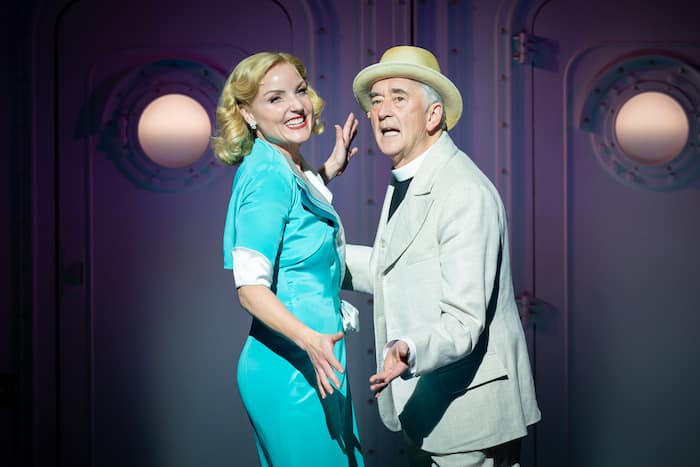 First staged in 1934, audiences loved this show, based around the timeless tunes of Cole Porter, because they saw it as an escape from troubled times as the Great Depression took its grip on people’s expenditure.

With the cost of living currently sky high, you may feel that you need something reliable to see at the theatre that offers you something you feel you ‘know’, but at the same time gives you the quality of a West End production.

Does Kathleen Marshall’s production of this feelgood classic live up to expectations? 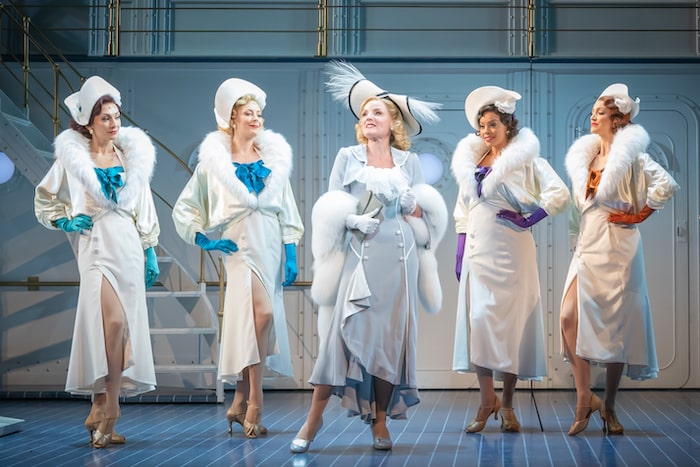 Sutton Foster starred in the Barbican production and earned rave reviews as Reno Sweeney, a nightclub singer who has so much charisma you could bottle it.

The great news is that Kerry Ellis plays the role in this UK tour, and she remains a triple threat and exudes confidence and imbues this character with so much talent and star wattage that you are left quite gobsmacked.

The plot of Anything Goes has always been as slim as a Boris Johnson apology book but this is precisely why it works. You barely need to follow it but here goes.

Put all three of them on a transatlantic cruise liner heading to New York from London and… anything goes. 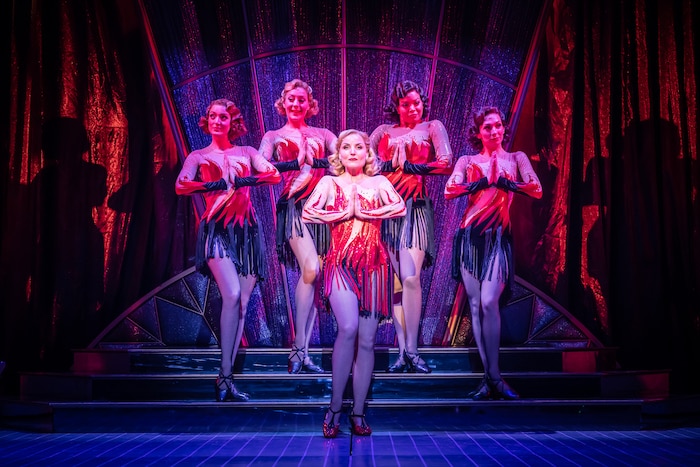 There is so much fantastic talent on this stage that it would be easy for a lead like Ellis to coast it and be carried by the ensemble, particularly during a big number like Blow Gabriel Blow.

But she holds her own and then some and illuminates the stage, as she enjoys these big numbers so much that it becomes infectious for the audience.

The ensemble fills the stage and provides far more than back up; their timing during these big numbers makes the hairs on the back of your neck stand up.

And there are plenty of occasions when you could easily give a standing ovation at the end of these massive tap numbers, as it takes you back to the grand MGM musicals that used to adorn the silver screen and leaves you feeling like you are watching a million dollar show. 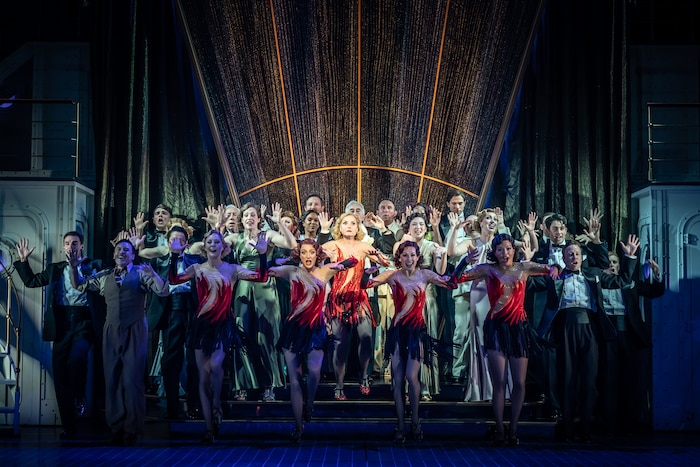 Denis Lawson plays small-time crook Moonface Martin, and even though he keeps making threats he brings a sense of fun to this long crossing.

Billy Crocker’s boss is played by Simon Callow and he brings gravitas to the role, as does Bonnie Langford as Hope’s dog loving mum. The only shame is that she is not playing a younger character, because then we could see her dance up a storm.

Carly Mercedes Dyer is a scream and a real scene stealer as Moonface’s sidekick Erma, a woman who speaks like Minnie Mouse but has a huge sex drive. She is so good, she could have her own spin off show.

Samuel Edwards is an excellent comedian and singer, often dressed up and involved in a scam.  And Nicole-Lily Baisden has such beautiful vocals that you long for her character to have more solo numbers, as she lights up the stage.

Derek McLane’s sumptuous set design gives you the feel of luxury travel, and lord knows we need that right now.

And Jon Morrell’s costumes are to die for in their elegance and regality, alongside the comedic cosplay. 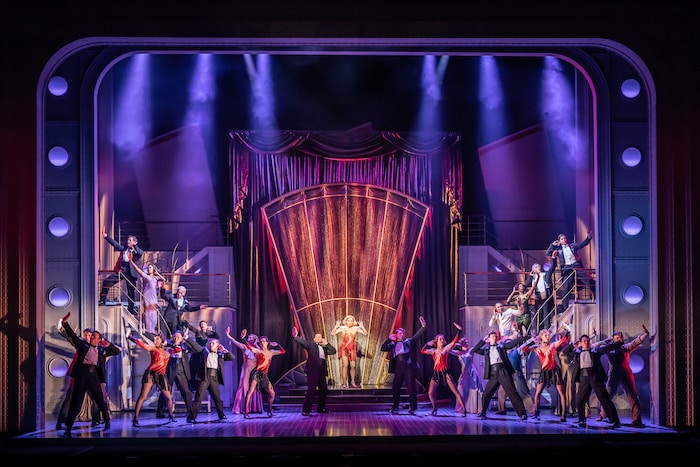 The plot is mighty thin and always was. So instead of attempting to follow it, you are better off simply taking your seats for this really smooth and comfortable crossing, and let Kerry Ellis be your host, as she is pure perfection, as are the rest of the crew in this champagne popping musical extravaganza.

Simply belt up and let them sing and dance their socks off and you can relax and enjoy the ride.

Anything Goes is at the Palace Theatre until 18th June and can be booked here.