Put Her Forward: your chance to nominate the women making a positive impact on society 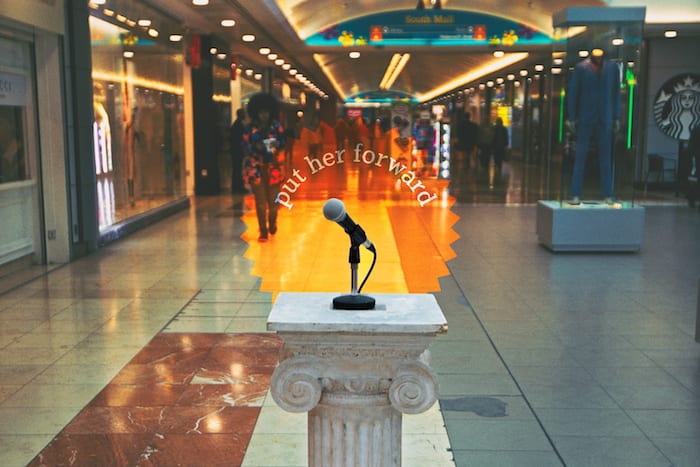 From the Pankhurst family and the suffragettes to numerous musical icons and contributors, as seen in the recent Suffragette City exhibition at The Refuge, Manchester is a city of strong women.

There are many women who have not been given the recognition they deserve, as Becky Burgum highlighted in her recent Galchester magazine.

People like Clara Walkden, who became the first female police officer in the Greater Manchester area, and Marie Stopes, who opened the first ever birth control clinic.

Women like Moss Side-born Erinma Bell, an activist against gun violence who has been given an MBE for her work.

Manchester is hosting its own live nomination on 15th July, brought to the city by interactive theatre-makers Non Zero One so local people can come along and submit their nominations.

You can also nominate online until 29th July.

Once all the nominations have been collected, a panel will select 25 women who will then have state-of-the-art 3D-printed figures of themselves created. The statues will be revealed over Heritage Open Days weekend in September, many located in public spaces agreed by both the nominee herself and those who put her forward.

“Heritage Open Days is all about empowering local people to curate their own heritage,” says national manager, Annie Reilly.

“We’re asking people to think about who has really made a difference to them – to their street, village, town or city, and who they would like to see commemorated publicly.

“Through Put Her Forward, we are hoping to move on the debate about the public representation of women, and celebrate women from all walks of life.”

Think of all the women who have made a positive impact in your life. Perhaps someone working in the health service or doing voluntary work, or an individual who has set up an inspiring business or brought a community together. Put her forward.