Landlady Cayley Gee, together with staff and customers, took part in a 'virtual' pub crawl around the 127 pubs in the Joseph Holt stable
Share
Tweet
Share
Chat

Even die-hard Joseph Holt fans might be hard pressed to do a pub crawl around all the venues owned by the famous Manchester brewery.

The independent family business, which has been going for 172 years, owns 127 pubs across the region.

So Cayley Gee devised a short cut which would also net hundreds of pounds for Joseph Holt’s designated 2021 charity appeal – supporting food banks and food clubs in the North West.

As landlady of The Friendship Inn, a family-friendly food pub on the main road into Prestwich, Cayley placed an exercise bike in the front of her pub.

Then in relay with ten members of her front of house team, spent a weekend doing a ‘virtual’ pub crawl around all the 127 pubs in the Joseph Holt stable – which includes one of Manchester’s oldest watering holes, The Lower Turk’s Head in Shudehill. 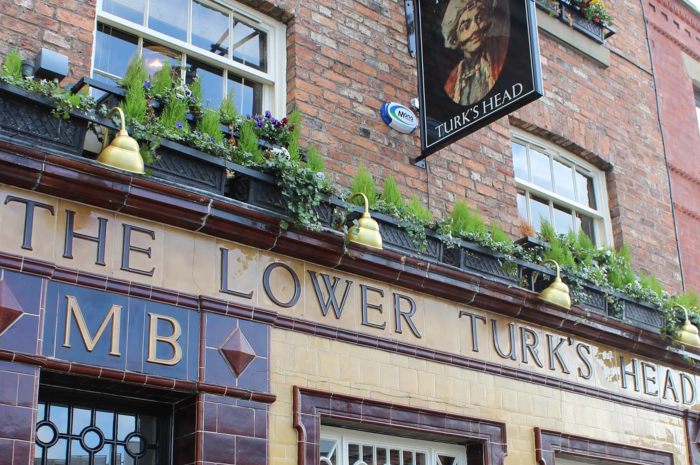 “I just thought it would be a fun way to raise money,” explains Cayley, 35.

“Staff at Joseph Holt worked out that we’d need to do a 198.8 mile circuit to visit all the pubs.

“But we actually managed to ride 317 miles over two days by doing it in relay – and we raised £1000, which we’re thrilled about.

“Everyone’s backsides are a little tender right now, as all my team with happily tell you. But it was worth it.”

Staff took turns on the bike, cycling continuously from opening to closing time over one weekend.

“Some customers had a go too, including one man who had recently got the all clear from cancer and he really encouraged others to take part,” said Cayley.

“We’re thrilled with what we’ve done for such good causes.

“And the bike is now available for anyone who wants to use it for future charity events.”

Since 1849, charity has been part of the Holt family history, and the fundraising exercise follows the brewery’s tradition of giving back to the people of Manchester and the North West.