Lives of activists who fought to save the Pankhurst Centre celebrated 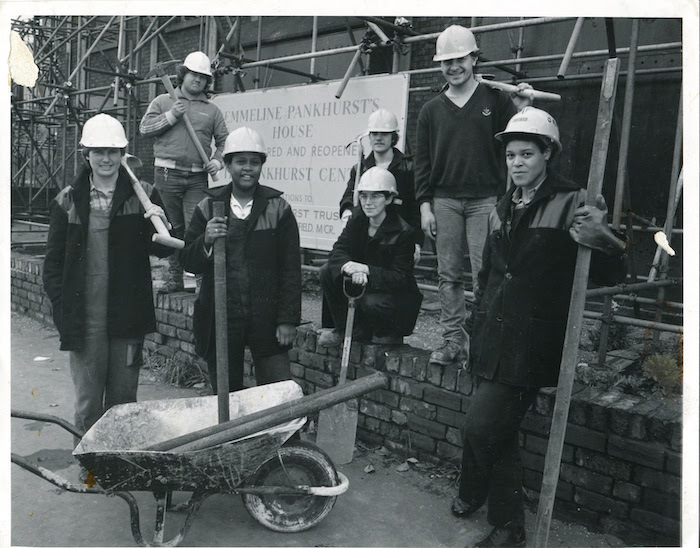 A new exhibition is opening at Manchester Central Library documenting the activists who fought to save the birthplace of the suffragette movement.

Running from 11 October until Tuesday January 3, 2023, it will reveal the ‘herstory’ of the Pankhurst Centre.

Rooms of Our Own focuses on the period from the 1970s when activists campaigned to save the birthplace of the suffragette movement, which was under threat of demolition.

The exhibition provides a small peek into the documents, photographs, stories and voices of the very first publicly accessible Pankhurst Trust archive, which is now permanently housed at Manchester Central Library.

The archive has been researched and compiled by volunteers aged 18-25 as part of the project’s legacy.

Visitors can see the original architectural drawings of the Pankhurst Centre, and letters between the management company and the architects.

There are the campaign materials for the original Pankhurst Appeal and letters from Members of Parliament, influential people from the world of business and media and concerned individuals who were donating money to the cause in the 1980s.

Bringing the whole era to life there are photographs of groups of women – seen receiving training on the construction site – doing the work that was needed to transform what had become a derelict building into what became the Pankhurst Centre, and photographs of the Centre’s opening in 1987.

“It now attracts visitors from across the world who want to see the place where the suffragette movement was founded and Emmeline Pankhurst once lived, but few people know that in the 1970s campaigners had to fight for its survival and how this would lead to it merging with Manchester Women’s Aid in 2014.”

Oral history interviews have been recorded for the first time of some of the incredible women involved in the setting up, fundraising for and management of the Pankhurst Trust.

Despite now being a place recognised internationally for its historic significance, they faced many challenges at the start.

Their interviews can be listened to in full in the Archives+ collection at Manchester Central Library and extracts of their interviews feature in the exhibition.

The exhibition also shows a series of short animations made by young people from across Greater Manchester during workshops that took place at the Pankhurst Centre over the summer.

Gail Heath, Chief Executive of the Pankhurst Trust says, “The Pankhurst Centre is a small heritage organisation, but one that plays a vital role in our city’s history, so it’s fantastic that our archive is now available to the public for the first time. If it wasn’t for these radical women who campaigned, fundraised and had a future vision for the Pankhurst Centre then the story of the radical women that preceded them wouldn’t have been protected.”

Rooms of Our Own is located in the Manchester Histories Hub in the lower ground floor of Manchester Central Library. Entry to the exhibition is free and it is open during the library’s hours (Monday to Thursday 9am to 8pm; Friday and Saturday 9am to 5pm).

There will be two free art workshops taking place at the Manchester Histories Hub at Manchester Central Library:

Design the future for gender equality in zine form. The session will be led by Charlotte Davies, Rooms of Our Own Engagement Coordinator and all materials are provided.

Drop into this Family Friendly craft day and have a go at banner making and flag designing inspired by the exhibition Rooms of Our Own.