Our Emmeline: a new documentary proving “one woman can change everything”

Everybody knows her name. We know bits about her. She lived in Moss Side. She was a wife, a mother, a Mancunian. But in a documentary to be shown in June, we can all learn more about the woman who fought for the vote and changed millions of lives.

Emmeline Pankhurst: The Making of a Millitant is a documentary commissioned by the BBC and presented by former Coronation Street actor Sally Lindsay, which features Emmeline’s great-granddaughter Helen Pankhurst among others.

It’s a fascinating insight into the woman behind the name: how normal she was, how relateable she still is and her impact, even now, 100 years on.

Sally already knew a bit about Emmeline before starting work on the documentary, but she soon discovered how much more there was to discover about this remarkable woman. 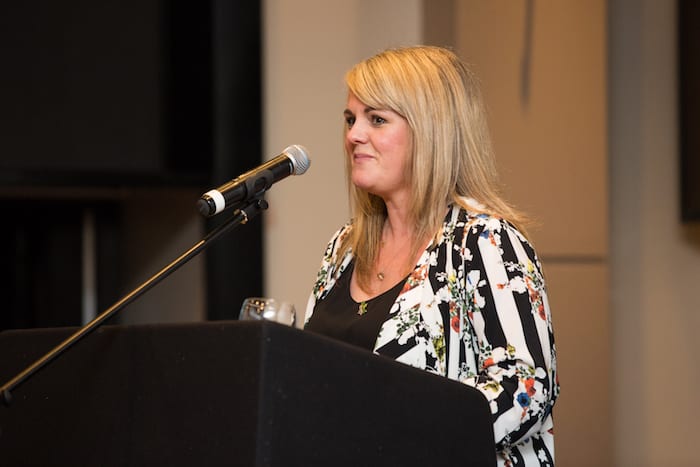 “It’s sort of crazy, isn’t it?” says Sally. “When you think of this global icon, we only know a little bit about her. When I saw the name Emmeline on the email, I said yes. I was very honoured to be involved.”

Emmeline believed that the only way to change the world was for women to look after women, says Sally.

“That was from when she became a Poor Law Guardian, right back at the start of her political career, when her husband was still alive. What formed her early years was her parents, which you’ll see in the film. But the catalyst was seeing how women were really treated and how nobody seemed to mind. It didn’t seem to matter.”

One of the things that struck Sally during the making of the film was how Manchester has been designed and built with men in mind.

“The city was built for men,” says Sally. “There weren’t even any women’s toilets available. It’s amazing. Even now, when I go to the theatre, there’s always this big queue, and never one for the men. And this is because men have designed it.

“She’s changed my thoughts – about how we design cities, how we look at anything, who has designed it, and who it’s designed for.”

Another revelation for Sally was how forward-thinking Emmeline was in her personal, as well as professional, life.

“I think people will be surprised about how normal she was,” says Sally. “She was madly in love with her husband, and also an amazing mother, but she didn’t believe in not giving her children over to child care, and not being a lesser mother for not seeing them. She asked why she was the best person to look after her children.

“Brilliant, radical, forward-thinking. I’m not the best person some days. I’m much better if they go to their nan’s, or the childminder’s – they’ll be better at it that day. But nobody ever said that. This is someone saying it back at the beginning of the last century.”

“One bit that’s not often known is that her mother came from the Isle of Man, and women could vote on the Isle of Man since 1881,” says Helen. “When her mother moved to a place where she was denied the vote, that had an effect on Emmeline. That, and the influence of her husband, these are personal sides that people don’t see.

“People are interested in issues, but also people. It’s such a complex story, as the whole family were so innovative. But in the midst of all that, there are some at the top of the story, and Emmeline is as a leader of the movement. And I think we are interested in how such a normal person became the leader, and known the world over as an icon for women.”

How do Sally and Helen believe Emmeline would feel about us still fighting for equality today?

“I think she’d expect it, and let me tell you why,” explains Sally. “She tried to do it the ‘right’ way. She went through every King’s speech every January, Every question they asked of her, she answered it. They suggested women didn’t really want the vote. She answered that. They suggested that women couldn’t work because they had brains like children. She answered that. My daughter could be a barrister, my other daughter could be an artist, but you won’t let them.

“When she discovered PR, and how she could manipulate the papers, that was her genius stroke. Even when she got 250,000 women and men together in Hyde Park for a rally in 1908 – she organised the entire country to come down  – it still didn’t change anything. That’s why I think she could have predicted this.

Helen agrees that there is much still to be done. 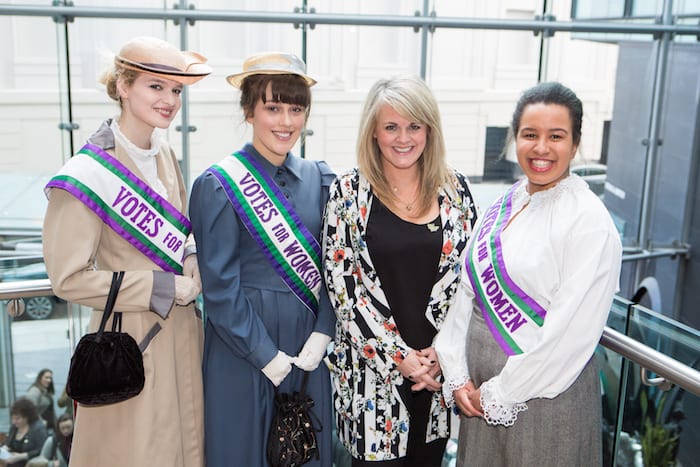 “I think she would be celebrating the achievements,” says Helen.”There’s so much more choice for women. They’ve got so much more control over their own lives.

“But I think in every area she’d also be aware that it’s a hundred years, and we haven’t made that much progress. Representation is still small – 0.3% increase per year. Would we accept that level of progress in any other area?

“I wrote Deeds Not Words because I felt I was being asked that question a lot, and I wanted to be able to answer it substantively. And what became really clear when I was interviewing people and looking at statistics, is that there is violence against women. It’s the one area that keeps pulling everything back. Politically they become leaders, then aggression – via social media, harassment at work, domestically. Violence against women is an ongoing problem and I think it’s something that she would be worried about.”

Sally thinks that the statue, when it’s finally unveiled, will be yet a further opportunity to influence the future.

“There are more statues of people called John than there are of women,” Sally notes.

“What I can’t wait to do is bring my two young nieces and my two sons and sit them all down and tell them the story of Emmeline, and how important she is. I had to do that when they saw something about Martin Luther King on the television and they didn’t understand. I had to explain everything. They just looked at me with utter confusion. I’m almost embarrassed about our past, because our kids find it so shocking. I can’t wait for the statue to go up, so I can sit and tell the story.

“I’d really like everyone to take away the idea that one woman can change everything. You can take ownership of your own destiny. And that anyone who sees it will never not vote again.

“You can change things.”

Emmeline Pankhurst: The Making of a Millitant will be shown on BBC One at 7.30pm on Friday 8th June.