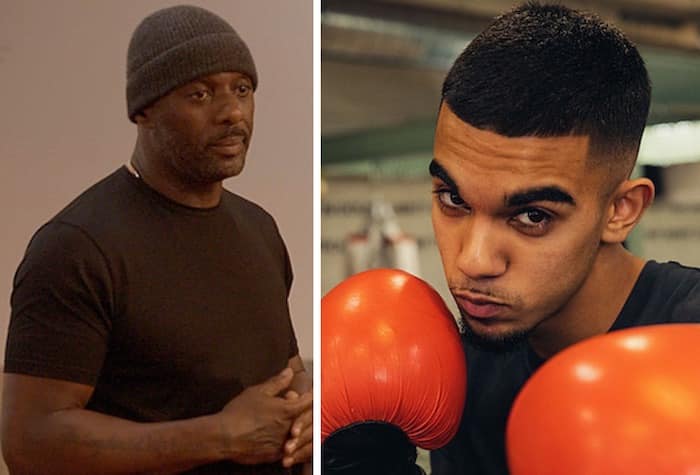 Idris takes eight young Brits, each with unique challenges, personal stories and one thing in common: they want to better their future
Share
Tweet
Share
Chat

A new five part BBC Two series called Idris Elba’s Fight School lands on BBC Two and iPlayer this Sunday, looking at whether boxing can turn around the lives of a group of young adults.

It sees actor, musician and activist Idris Elba take eight young Brits, each with unique challenges, personal stories and one thing in common: they want to better their future.

And one of the young people taking part, Naeem, is from Oldham.

In this life-changing and highly personal project, Idris wants this intensive course of boxing training to help arm his recruits with discipline, ambition and mental resilience, enabling them to acquire new life skills and, ultimately, change their lives.

Working with some of the country’s leading coaches, they’ll train twice a day, six days a week, whilst having access to a life coach and inspirational mentors.

And they’ll need all the help they can get. Idris’s goal is for them to be able to compete in an official amateur fight at one of the world’s most iconic boxing venues, in just five months’ time.

Naeem, 18, from Oldham, says he was “over the moon” when he got the call to say he had a place on the new show.

“I was so excited to get started,” he says.

“As a child, I watched boxing but I didn’t do it and didn’t consider myself as fit.”

“Watching someone box looks easy, but when I had to step in the ring and do the sparring it was the most difficult thing I have been put up against.

“The training was intense which surprised me. The first session showed me how hard it was going to be. It also made me realise how unfit I was and I needed to make some changes to my diet.

“I dreaded the running during the first few weeks, but when I reached the point where I felt healthier, I began to look forward to the morning runs.”

How did he find living with the other boxing students?

“I hadn’t lived in that kind of environment before,” he says.

“But what I did find was that living in a house with people I had never met before was one of the biggest things that pushed me towards change.

“The others were great motivators. I was one of the youngest people in the house and they really looked out for me.”

“It was my first venture into London and I learnt that everyone – whatever their background – was the same.

“To pick up the sport of boxing in five months made me realise I can pick up new things.”

Having witnessed first-hand how a community of young people in South Africa were empowered and transformed by the introduction of a local boxing club, Idris was determined to implement his own bespoke Fight School back home in the UK.

“When I was young I joined a boxing club, and my trainer Joe took me under his wing. It was a real turning point in my life, teaching me discipline and control moving forward,” said Idris.

“During my own experience of fighting there was a level of peace I was able to achieve. Boxing requires you to switch off all the noise and focus on the moment, a skill that I believe all people need, especially younger people who need direction.

“Looking back at my own experiences, I’m reminded of how powerful boxing can be on disadvantaged young people, giving them a sense of purpose.

“This was the inspiration behind Fight School.

“This was my first time filming something like this, a social experiment of sorts. Taking on the responsibility for these young people’s lives is not something I take lightly, and I wanted to be there for them as much as possible and to make sure that there was an incredible support group of trainers and mentors around them as well.

“As the process went on we dealt with our fair share of injuries, and sadly some of our students were not able to stay throughout the duration of the process. Saying goodbye was the hardest part.”

What was the biggest highlight for Idris?

“There were so many, but seeing the students conquer their fear of swimming and being able to jump in the river with them was a highlight.

“Being able to do something like that with them was a great way to bond. I was so proud of them.

“That’s an experience they will never forget, and I certainly won’t either.”

Idris Elba’s Fight School is on BBC Two and iPlayer this Sunday, 17th April at 9pm.