Oldham Street: the real Northern Quarter and home of the weird & wonderful 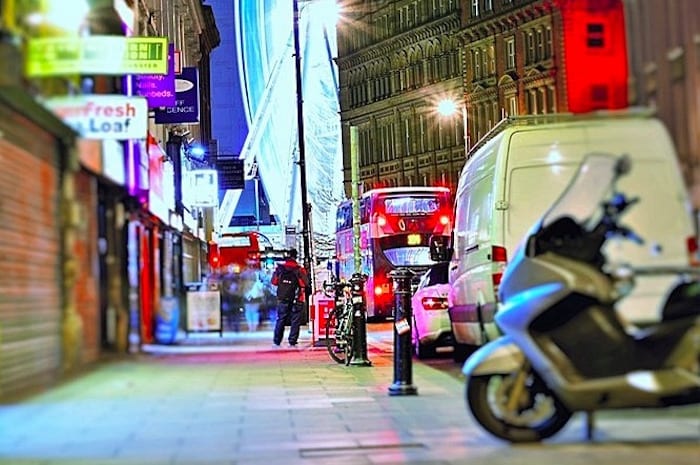 Affectionately referred to as the Shoreditch of Manchester, the Northern Quarter has become a hub for the independent and alternative in recent decades. Sheltered by the vastness of Piccadilly Gardens and Great Ancoats Street, this bohemian paradise is famous for its idiosyncratic layout, street art and nightlife.

When it comes to planning a ‘trendy’ Northern Quarter outing, Thomas Street and Edge Street are usually the go-to places with their mix of established bars, restaurants and cafes providing, broadly speaking, something for everyone. And while that’s all well and good when you want a burger and a pint, it just doesn’t intrigue me like Oldham Street does.

In the 1970’s, Oldham Street was one of the main places for shopping in Manchester. But by 1980 the Andale had muscled in and many of the tailors and retailers left the area and vacated their huge warehouses. Mercifully, the likes of Afflecks Palace moved in to reclaim the area and set out their infamous indoor bazaar, and now Oldham Street is filled with clothing shops once again.

Oldham Street is home to the weird and wonderful: a comedy club, music stores, coffee shops, pubs, charity shops, a book shop, adult store, tattoo parlour, comic book shop and a chippy. If there’s one street that embodies the past glories, decline and subsequent resurgence of the Northern Quarter, it’s Oldham Street.

The Castle Hotel is my favourite Oldham St fixture. The pub has been there since the late 18th century and has changed name and decor many times. The brown tiled front we know it for now was added in 1898, along with that mesmerising mosaic floor. It’s in better condition now than it’s ever been and is undoubtedly the best Robinson’s pub around, serving lots of real ale, spirits and, er, pickled eggs.

Dare food aside, this pub won my heart because of its character. Every time I step inside it feels special, like there’s a unique crowd in that I haven’t drank with before. Pretension is left at the door here. In this dark, narrow and winding boozer, everyone is the same unless you drop a clanger on the jukebox – which is very hard to do given the quality of the records, but nevertheless not impossible. My mate played Fairytale of New York in April but luckily the bar staff overruled it during the first chorus.

This pub, despite its various guises and owners, has a different atmosphere to other NQ bars – there are no 2-4-1 cocktails, Geordie Shore stars or #selfie competitions, just a straight up pub that supports local, independent musicians, as does its sister pub, Gullivers. 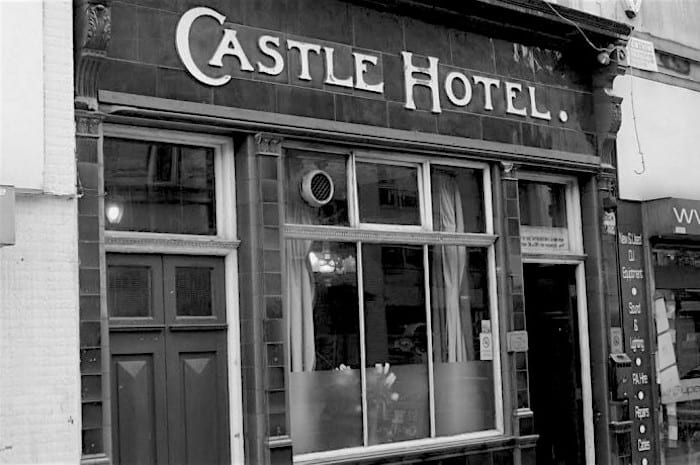 But it’s not just the beer drinker who is catered for on Oldham Street. V Revolution is a vegan cafe and a clear sign of the times, Forbidden Planet caters for the sci-fi geeks, Magma for arty types and there’s the mysterious Butterfly Music Studios. Add this to solid brunch spots like Koffee Pot and Fig and Sparrow and you’ve got almost all bases covered.

But most of all, Oldham Street has a certain honesty to it. The businesses here deliver what they deliver with no frills and with no irony. The Frog and Bucket is a club for comedians and those who aspire to be comedians. It does what it does very simply and effectively, much like Piccadilly Records. Vinyl never really lost its ‘cool’ crown, but its rise in popularity hasn’t led the store to embrace gimmicks. You go in, you browse, you listen and you buy. 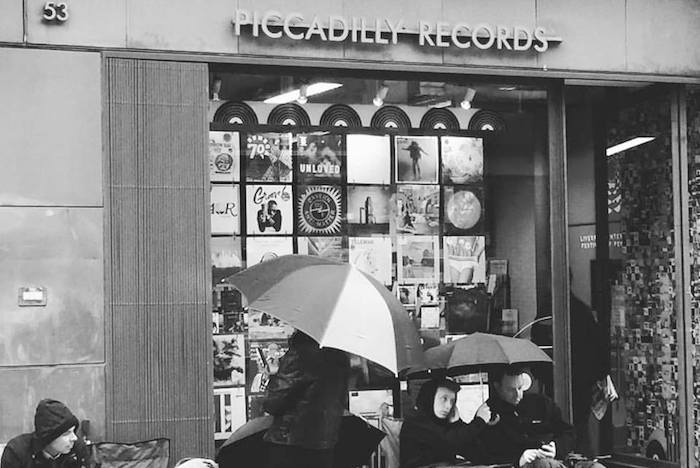 All this may sound overly simple, but Oldham Street is its own separate part of the Northern Quarter. Tib Street comes close, embodying a similar feeling. A sense that the strip is slightly disjointed with a mix of the contemporary, old school and just downright different. These places may not be the glitzy, front cover stars of the Northern Quarter but they are the places to wander if you’re looking to avoid some of the much talked about gentrification.

I’m not saying Oldham Street is perfect or some kind of Nirvana. The Piccadilly end is a bit of a mess, with one or two notable exceptions like The Crafty Pig and Dive NQ. This has led some people to describe it as outdated and scruffy. But that just adds to the charm of this mostly ungentrified street that remains largely true to its history.