Is the north-south divide widening – or are the answers here in the north?

There are some people who compare the lavish lifestyles of The Real Housewives of Cheshire with life on the mean streets of Peckham and Tower Hamlets and claim that the north-south divide doesn’t exist.

The country’s real divide, they contend, is between the haves and have-nots, wherever they happen to live. Owen Jones, The Guardian’s Stockport born left-wing writer and polemicist, goes further. Not only is the north-south divide a myth, he once argued, it is also a distraction.

Cut to the 2019 General Election campaign, however, and the north has its own manifesto and politicians of all shades appear to be falling over themselves to recognise the divide and promise to address the issues in the scramble for votes in northern marginal constituencies.

Former head of the civil service, Lord Kerslake, had no doubts about the existence of the north-south divide when he launched a devastating report earlier this year, warning that the dramatic divisions between London and the rest of the UK are set to widen unless drastic action is taken.

He argued that tackling the north-south divide could help to heal tensions exacerbated by Brexit and restore trust in politicians. The report drew shock comparisons between the scale of the UK’s regional disparities and German reunification in the 1990s after the end of the Cold War. 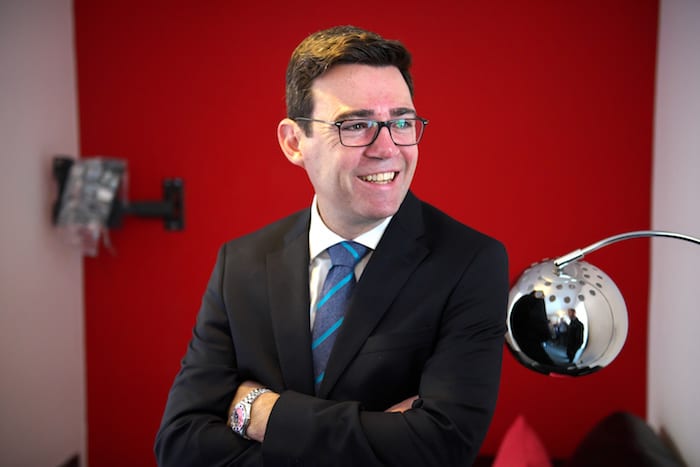 When the Manifesto for the North was published earlier this month, Greater Manchester mayor Andy Burnham observed that the UK is the most politically centralised and regionally imbalanced country in the developed world and that “these two depressing facts are intrinsically linked”.

In an article published in The Guardian, he wrote: “If you concentrate politicians and civil servants in one part of the country, it is unsurprising that they will make decisions that favour that place over others.”

People who date the north-south divide to the collapse of traditional industries during the 1970s and 1980s – east Manchester was particularly hard hit – ignore divisions that have existed for centuries.

In the 1930s’ slump, the north suffered the brunt of mass unemployment because that’s where the most vulnerable industries – coal, cotton, engineering, shipbuilding and so on – happened to be located. The jobless marched from Jarrow not Harrow.

On top of the economic division there is a pernicious and ongoing cultural prejudice stemming from London’s sense of entitlement at the expense of everywhere else.

When I worked at Granada TV in the 1960s, the staff’s watering hole was the Film Exchange, a club-cum-bar at the top end of Quay Street. Granada at the time was fiercely regional and delighted in having a framed copy of a letter written by Regency dandy Beau Brummell to his friend the Prince of Wales (later King George IV) on the wall of the bar.

In the 1990s, little had changed. Manchester’s daring bid to stage the 2000 Olympic Games was met with derision by most of the London media despite the fact that the Games had recently been staged in Barcelona, Munich, Atlanta, and Los Angeles – none of them capital cities.

The Oxford University Union even staged a debate on the futility of the Manchester bid and when the 2000 Games were awarded to Sydney – not a capital city either – Damien Green, then head of the Downing Street policy unit and later a Conservative MP, went further.

He told Tory Prime Minister John Major, who was very supportive of Manchester: “The reason for Manchester’s failure is the obvious one: that no one in their right mind would spend three weeks in Manchester rather than Sydney. “It is hard to imagine Manchester ever being successful.”

The same “it has to be London” prejudice was no doubt at work during the Blair Labour government when, at obscene cost to the entire country, Wembley was chosen over Manchester’s superior bid as the location for a new national stadium and the ridiculous dome became the nation’s Millennium project.

Only a year ago, transport minister Chris Grayling “postponed” a raft of proposed rail improvements in Greater Manchester and the north and two days later gave the go-ahead for London’s north-south Crossrail 2 while the original east-west Crossrail is years late and massively over-budget.

It will be interesting to see how long after the election the decision to continue with HS2,  actually holds following the review widely expected to scrap it.

There is a growing consensus that, given attitudes in London, problems of the north have to be addressed in the north – hence the manifesto’s emphasis on further and far reaching devolution.

In his Guardian article, mayor Burnham said: It [the Manifesto for the North] seeks to free us from the shackles of short-sighted policies on transport and housing and give us the power to solve things for ourselves.

“At a time when politicians can bareley agree on anything, devolution of power to the English regions is perhaps the only big idea uniting people across the political spectrum. For that reason alone, it must be embraced.”