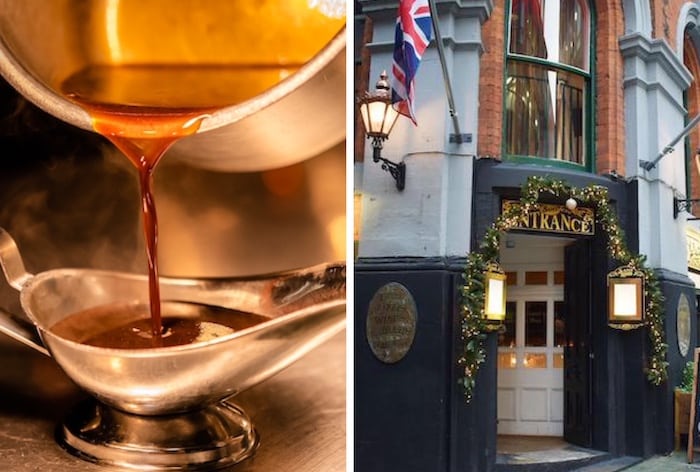 Tucked away in a basement beneath a basement, the new opening will serve Manchester’s favourite dish all day and night - including a special breakfast gravy
Share
Tweet
Share
Chat

It’s no secret that we love our chips and gravy in Manchester.

So we’re very excited about the news that we’ll soon be able to get our hands on the classic pairing any time of the day – or night – thanks to a new hidden underground bar.

Located deep beneath Sam’s Chop House, with its own secret entrance, The Gravy Boat will launch 1st April, with a menu dedicated to everything chips and gravy.

Expect huge portions of fat, golden chippy-style chips, doused with a selection of gravies, with vegetarian, vegan and gluten-free versions as well as a special dark purple ‘Grimto’ gravy incorporating the flavours of the city’s favourite soft drink.

And you’ll even be able to get chips and gravy for breakfast, with a special ‘morning gravy’ which tastes like a traditional fry-up, made with sausage and bacon and topped with a few beans.

For founder May Dupp, the new venture is a dream come true. 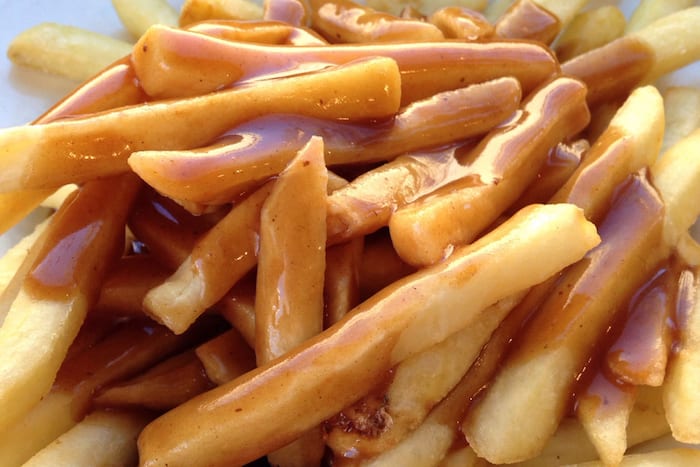 “I’ve eaten chips and gravy every day for as long as I can remember,” laughs May.

“It’s become a bit of an obsession over the years.

“I know we love it as a late-night snack after the pub – but I kept thinking, why shouldn’t we have chips and gravy for breakfast?

“I’ve been trialling my new fry-up gravy at a series of secret supper clubs around Cho-bo – the Chorlton border, where I live – and it’s got great feedback so far.”

The bar is concentrating on the basics at the moment – predominantly chips, gravies and barms – but May has grand plans for a chips and gravy tasting menu in future.

“I know everyone likes small plates to share, lots of places are doing them, but I thought it might be fun to do really tiny plates, served in succession, essentially a 17-course chippy-inspired tasting menu – with dishes like deconstructed chips and wild garlic gravy with an artisan baked barm crumb, for example.

“I’ve even been working on a new concept where I inject the gravy into the middle of the chip, so it’s like a hot liquid beef croquette, but I’ve not managed to get it quite right yet…”.

Diners will be able to access the hidden bar via its own entrance, before descending down the stairs to what is essentially a disused basement beneath the basement of Sam’s Chop House.

“I know it’s a lot of stairs down, but don’t expect a dark, dingy space,” says May, who has been busy decorating the cosy bar.

“I’ve tried to do something a bit different with it.

“I know we’re used to seeing the Manchester bee symbol everywhere, it’s maybe become a bit overdone now, so I’ve gone for murals of wasps on my walls instead.

“They’re by far my favourite insect, anyway. I know people tend to think they’re pests because they’re always mithering, but they’ve got a bit of grit and determination about them – like us Mancs.”

When it comes to drinks, May is hoping we’ll all get on board with her selection of Bovril cocktails, including a chilled Bovresso Martini, which blends the beefy tea with coffee liqueur and vodka.

And though it’s been a long journey, May is thrilled to be opening her dream venture.