The Madame Blanc Mysteries follows Jean, a renowned and respected antiques dealer running a successful business in leafy Cheshire with her husband, Rory.

We meet Jean on a rainy morning in Manchester, overcome with grief as she learns that Rory has tragically died on his way home from their vintage treasure-trove stomping grounds in the South of France.

Things take a dark turn for poor Jean when she discovers that along with her husband, all of their money has disappeared, their shop re-mortgaged to the hilt and their assets pawned off.

With the final thousands in their joint account ironically spent on Rory’s funeral, Jean’s life is set adrift… until her solicitor informs her of one thing her beloved did not sell: their cottage in French antiques hub, Sainte Victoire.

And when Jean finds out that the lavish ring Rory was bringing back to her is nowhere to be found, she quickly realises something is amiss and does the first thing she can think of; arriving in Sainte Victoire, will Jean get the answers she is searching for?

The new drama is the brainchild of Sally Lindsay, who has been developing drama ideas for years (including Scott & Bailey).

Sitting on the set of Still Open All Hours between scenes, she dreamed up the idea of a  feelgood comedy drama about a female antiques expert.

“Me and Johnny Vegas set up an office to work in at Pinewood Studios. I came up with The Madame Blanc Mysteries while waiting for my scenes!” she says.

Sally was inspired by the bigamy storyline she was involved with in Coronation Street, which she’d always wanted to explore further. She also wondered if she could channel her love of antiques into the project.

She created Jean White, a widowed antiques dealer who travels to the French village of Sainte Victoire to sort out her husband’s affairs.

She soon discovers that her husband had a secret life, which the gossiping locals know all about.

Jean’s knowledge of priceless objects proves helpful to the local police, and she ends up playing detective on a number of cases – including her husband’s death.

She also strikes up a friendship with local taxi driver, Dom, played by Steve Edge (Starlings, Phoenix Nights), who helps with her sleuthing.

“Jean’s not a flamboyant, Sherlock-type character, but she’s a down to earth woman who is just as clever,” says Sally.

“She is  exceedingly confident in her knowledge of antiques and she sees things other people don’t see.”

Once Sally and production companies Clapperboard and Saffron Cherry Productions got the green light for the  series from Channel 5, she enlisted writing partner Sue Vincent to co-write the scripts together.

“When Sally told me the idea for the show, it was complete, utter, instant love!” says Sue.

“I wrote the first 20  pages straight away – we had such a vision of the world we wanted to create.

“It was the biggest blessing to be able  to write such a bright, warm show during extraordinary times.”

The cast also includes Robin Askwith and Sue Holderness as wealthy villagers Jeremy and Judith, and Paul Chuckle also appears later on in the series.

The Madame Blanc Mysteries starts on Saturday 16th October at 9pm on Channel 5. 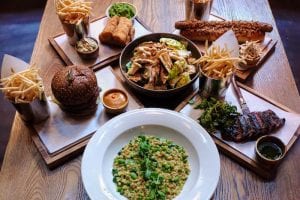 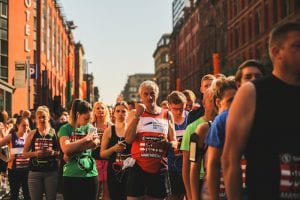 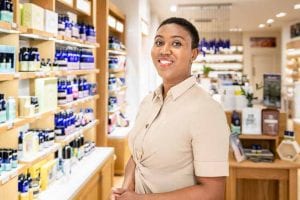