It’s National Poetry day on Thursday 8th October – and a special anniversary, too. This annual celebration of the poetic is 21 years old this year, so what better way to mark this special occasion than by celebrating some of our favourite Manchester poets, says Emily Oldfield…

If Manchester thinks tables are for dancing on, its poets think paper is for partying on. There is energy here and enthusiasm for expression. The bustle of the streets, the charm of the people and eccentricities of the area can all inspire poetry. Here are 10 Mancunians – native and adopted, and in no particular order – who can weave magic with words; who can make you laugh and make you cry. Write on, Manchester. 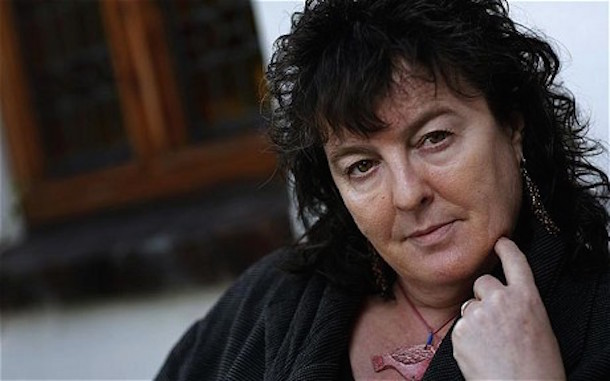 She may have been born in Glasgow and educated in Liverpool, but the Poet Laureate is Professor of Contemporary Poetry at Manchester Metropolitan University and has lived here for over 20 years so we’re claiming her as one of ours. Duffy draws on her rich cultural experiences to influence her work. Her first collection in 1985 ‘Standing Female Nude’ seems to speak out for the voiceless, with the title poem closing with a sense of alienation: ‘Twelve francs and get my shawl. It does not look like me.’ It is through poetry Duffy has fought to break down the barriers of this alienation and exclusivity the literary world can sometimes feel part of. 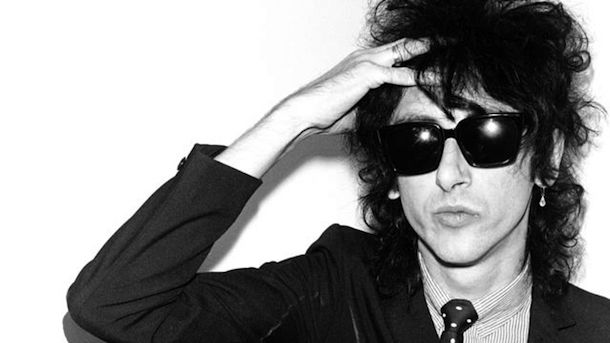 The Bard of Salford’s punchy performance poetry was nurtured in the pubs and clubs of Manchester where he forged his style of wild black hair and jeans so skinny it’s hard not to wonder how the blood ever got to his feet. An DVD/CD anthology of his work ‘Anthologia’ with footage from performances at the Manchester Ritz and Hulme Hippodrome is due to be released on 16th October. With lines such as ‘sleep is a luxury they don’t need/ A sneak preview of death’ from his infamous ‘Beasley Street’, Dr Clarke’s work gives a dark yet hilarious commentary on the characters and chaos of the city – and we love it. He is a man who can make McCain’s oven chips seem appetising. 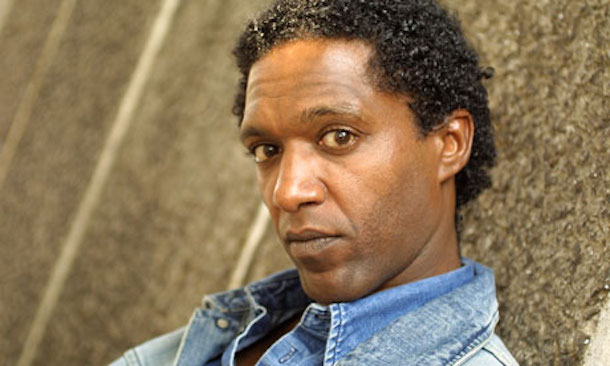 The recently elected Chancellor of The University of Manchester’s poems explore powerful themes including race and alienation, as in ‘Before We Get Into This’ – ‘No birthdays nor Christmas/No telephone calls. It’s been that way/Since birth for what it’s worth/No next of skin.’ Involved with Commonword, a Manchester literary publishing cooperative in his younger days, Sissay emphasizes the use of poetry as an agent for change. Look around you – his poems can be seen all over Manchester from ‘Hardy’s Well’ – painted on the side of the pub of the same name on Wilmslow Road – to the Northern Quarter. 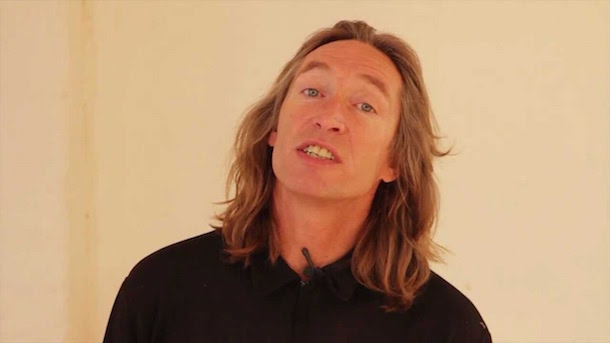 Garry gets into the grit of Manchester and pulls out the diamonds, turning the banal like ‘Pay as You Go’, into the beautiful – lines like ‘Their friends, their friends and their friends of theirs’ show the links in the lives we lead in modern Manchester. Author of ‘St Anthony: An ode to Anthony H. Wilson’, and ‘God is a Manc,’ the ultimate ode to his home town: ‘The bible is a wonderful read/But not a book everyone believes/So when I read between the lines/My theological conclusion/Is that God the creator is a Mancunian.’ How true. 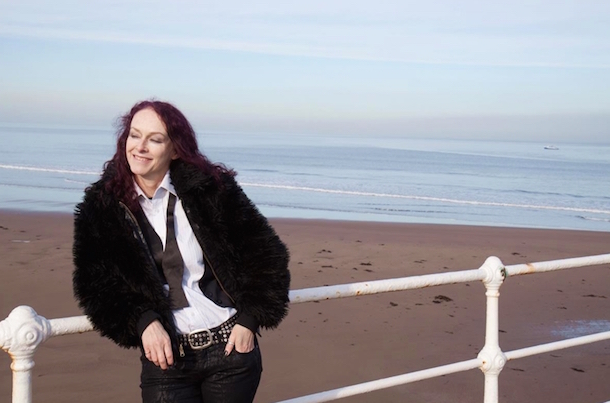 Poet and performance vampire who brings the shock of the gothic to her work with five collections of poetry to date. In her most recent collection, ‘Everything Must Go’, she explores the curious hold of a throat cancer diagnosis over her life with stunning bluntness – ‘There’s a scatter of shadows across my throat’. Curator of an exhibition on ‘Women and the Gothic’ currently on display at The John Rylands Library. 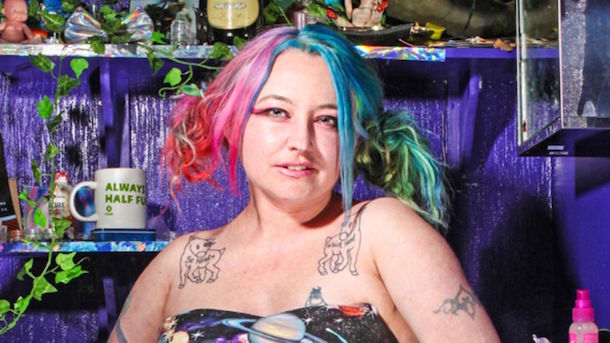 In her performance collection, ‘Some People Have Too Many Legs’, Hagan provides a darkly funny poetic take on her own leg amputation. With other poetic pieces including the lines which describe her growing up seeing ‘the tea my father chain drank’, this is Northern poetry at its most frank and unashamed. These are factors Hagan has used to bring poetry to the people – for twelve years she has helped to organise Seymour Poets, an isolated adults creativity project based at blueSCI Arts and Wellbeing Centre in Manchester. 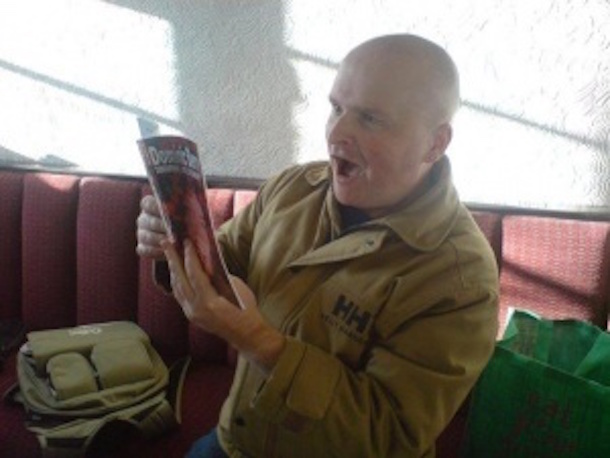 A creative writing teacher at Bradford College with an open-mic legacy in Manchester who regularly blogs his poetry and is co-editor of the ‘Best of Manchester Poets’ anthology. His reflection, ‘Maybe even the happiest connection/ Beauty – whatever that means’ from a recent piece entitled ‘What is it and what could it be’ shows the uncertainties in the lives we lead. No question, no capitalisation, just words – a punchy, performance style from a talented wordsmith. 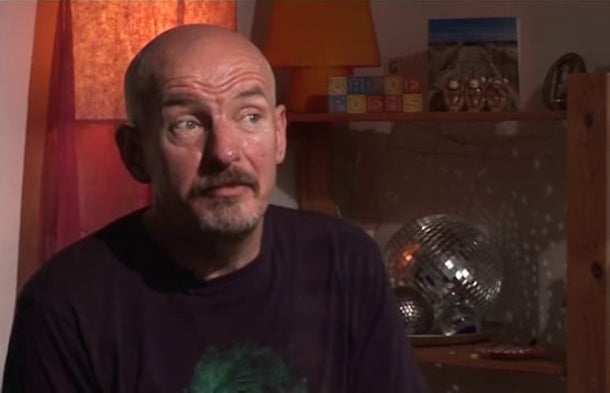 Potter’s collections are full of colour and character, often covering LGBT themes and celebrating voices which were once suppressed and silenced. In one of his latest collections, ‘The Chronicles of Folly Butler,’ Potter invites us to follow an enticing character who is as influenced by ‘the North’ as he is. ‘Before extreme shyness, before understanding trauma, in colourful council of infancy, Folly Butler takes root…’ 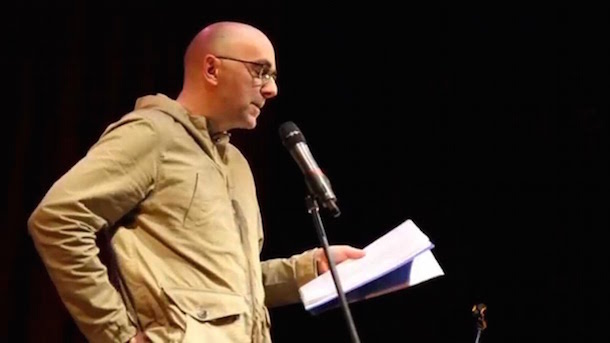 Performance poet and stand-up comic from Manchester, which he describes as ‘one of the coolest and most beautiful cities’. Who could dispute the truth of his poem ‘Crisps,’ a love letter to one our favourite snacks in which he perfectly summarises a problem many of us encounter all too often – ‘When I eat a bag of crisps I never want to stop/ How I wish the manufacturers would fill them to the top.’ 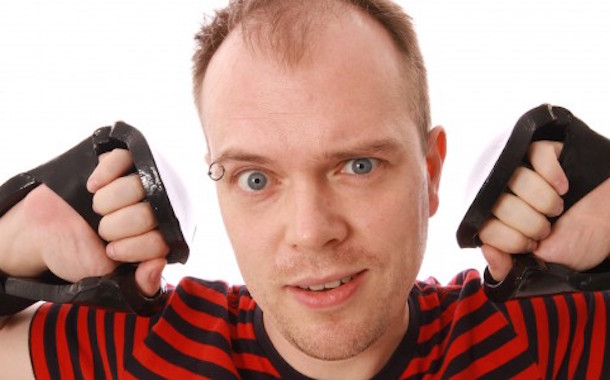 Poetry is play and certainly tons of fun when it comes to the work of Berry. Recently returned from the Edinburgh Fringe where his show, ‘Up Your Game: Downfall of a Noob’ explored the hidden dangers of turning to video-games to survive a break-up. Berry also hosts workshops to create performance poetry with a powerful impact on children, with unforgettable lines such as, ‘There is no dragon scarier in any earthly place/His face looks like his bottom and his bottom like his face.’’